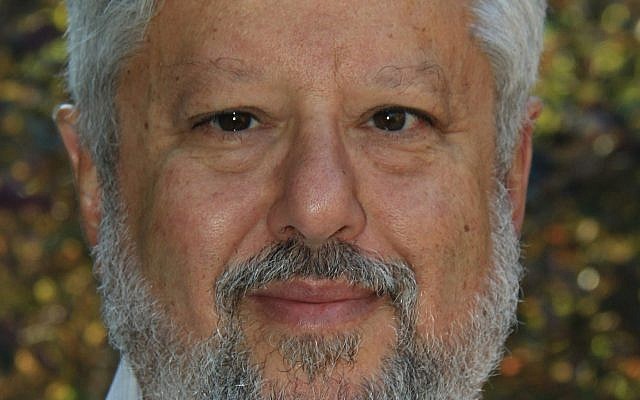 One of the most inveterate pursuers of peace that I know of in Israel on the Jewish side is Dr.  Gershon Baskin.  He has been at it for almost 40 years since he came on aliyah from New York in 1978.  Born and raised in the New York area, and a graduate of the left-leaning Zionist youth movement known as Young Judea, he was one of the first peace activists to seriously engage with Palestinians from a very young age, in his early twenties.

As the founder and co-director of IPCRI (formerly known as the Israel Palestine Center for Research and Information and now known as the Israel Palestine Center for Creativity and Innovation for many years, as a columnist for the center-right leaning Jerusalem Post for a long time—his column is called “Encountering Peace” — and as a behind-the-scenes negotiator for the government of Israel, as in the case of the prisoner exchange to free Gilad Schalit in 2011 (and in the 5 years before his release) , and more recently as an author of some important and informative books—The Negotiator: Freeing Gilad Schalit from Hamas and a memoir entitled  In Pursuit of Peace in Israel and Palestine.

In his recent memoir, he explained clearly and convincingly why he has spent the last 38 years working for peace and how he remains hopeful, despite the current freeze in the peace process:

I continue to believe that peace is possible, and that it is in fact the only option that Israeli and Palestinian leaders really have…there are solutions. This conflict, I maintain, is resolvable…I often quote a great man, the late Dr. Yehuda Paz, who commented on his own optimism: It is a genetic defect. I simply cannot help it. Like Yehuda Paz, it in my DNA. I see the positive, the hopeful, the opportunities, and the chances that greet me on my path of life…. Never accept no for an answer. It is never too early to work for peace. These are two mottos that have accompanied me throughout my lifelong journey on the road to peace.

In a recent interview, Baskin re-affirmed his optimism with me. He still believes that peace is possible, but he has given up on American (or international) mediation, especially with the current American administration. In his view, the best negotiations that ever took place between Palestinians and Israelis occurred in the famous Taba negotiations at the end of the term of Prime Minister Ehud Barak in January 2001 when there were no outside mediators in the room.  While I do not agree with him, I found this point to me very interesting. In my view, the Oslo Accords would never have happened without the intervention and hosting of the Norwegian diplomatic couple, Terje and Jull Larsen, about whom a Broadway play named Oslo has already been written and performed.

The role of the Norwegians was critical. They hosted 5 rounds of off-the -record dialogue between representatives of the PLO and Israel from January 1993 until May of that year. (For more on this, see chapter one of my book The Other Peace Process on “The Context–Peacemaking and Peacebuilding”.)

On one thing, Baskin and I did agree in our recent discussion: Back-channel off-the-record discrete dialogues and discussions provide the best chance of achieving a peace accord. He recalled that one of his most successful think tanks of this kind was one that his former organization, IPCRI, hosted in London in October 1992, with security personnel connected to PM Rabin’s office and security officers connected to Chairman Arafat’s office. He feels that these talks were a stepping stone towards to successful back channel talks in Norway the following year.

Indeed, Baskin told me that these kinds of dialogues are what helped him play a role in the release of Gilad Schalit from a long captivity in Gaza, about which he has written an important book (see above). Since he had developed good contacts with many Palestinians in the West Bank and Gaza over many years in his capacity as co-director of IPCRI, he was able to be in touch with people in Hamas for 5 years, until, he says, the government of Israel finally listened to him.  His secret mediation with leading Palestinians was one of the main factors that led to the Palestinians’ decision to let Schalit go in a famous prisoner trade in 2011 (in which the state of Israel released more than 1000 Palestinian prisoners in exchange for one Israeli captive). This episode, for which Baskin in justifiably proud, is just one glaring example of the value of off-the-record dialogues during which deep and abiding trust and partnership is developed.

Baskin was also pleased with the work that he did in peace education for over 10 years. From 1994-2005, the department for Peace Education was the largest department of his organization — they hired and trained a large staff of Israeli and Palestinian educators and they educated thousands of Israeli and Palestinian youth about each other in ways that had never been done before. Unfortunately, the program ran out of money by 2005, and as a result of the Second Intifada (“uprising” in 2000-2005), it became nearly impossible to do joint projects between Israelis and Palestinians any more.

During the past 10-12 years, since the end of the Second Intifada, many, if not most, people on both sides of the conflict have given up on the peace process and are in a state of political despair. They don’t see a solution any more in the offing. Yet, Baskin persists in believing that peace is possible and that concrete actions can and must still be taken, as quoted from the end of  his book, In Pursuit of Peace in Israel and Palestine:

Mutual recognition and acceptance will develop over time. We must learn each other’s languages. We must reach out beyond conflict lines. We must learn to cooperate in every aspect of life in this shared land between the Jordan River and the Mediterranean Sea. It is not only a matter of interests. The souls of our peoples and of our states are at hand. This I am sure of: Peace will come.

Apparently, for some people, like Gershon Baskin and other veteran peacebuilders, peace is a matter of belief. And doing whatever we can to bring peace closer is a matter of morality and responsibility.