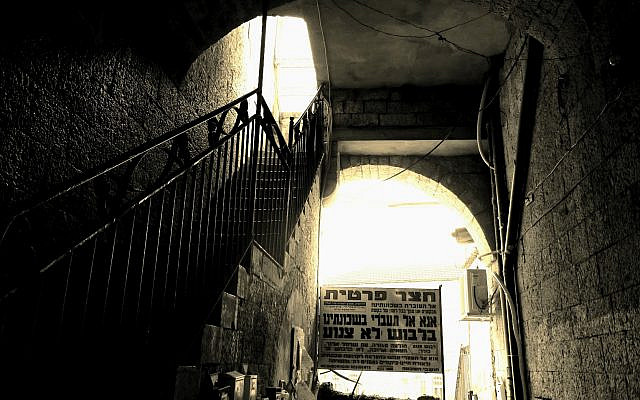 Images by the author

Last week a TV reporter asked a chassid on the streets of Mea Shearim why he was flagrantly ignoring Corona restrictions. His answer was immediate, precise and forthright. “We are not bound by the law.” “אנחנו מדינה בתוך מדינה”-“We are a State within a State.”

I say- If they want it, let them have it.

Through this pandemic, a crack in the bones of our country has developed into a clean break. Within the larger Haredi community there are a number of sects which repeatedly renounce allegiance to the basic ethos of the country of which they are beneficiary citizens. A critical mass of the Belzers, Visnitsers, Kanievsky’s adherents and others (hereunder “separatists,”)  feel no responsibility for the common good and have little regard for anyone but their own. Being a disproportionate carrier of a pandemic while defying the lawful and social imperative to control it, is just the latest example of this phenomenon.

The difference between these sects and the activists currently engaged in civil disobedience is fundamental. The protesters have served in the army, work, pay taxes and affirm the State of Israel with a passion. Underlying the demonstrations is a belief in the common cause and the future of Israel as a nation. If they break the law they must be prosecuted. But they are very much, who we are.

Conversely the separatists cede personal responsibility to their clergy, de facto political leaders whose rulings override Israeli law. To their minds, which I can understand, our way of life undermines the DNA of their communal structure. The dichotomy is exacerbated by the gulf of culture and philosophy between them and the wide arc of our mainstream.

The consequence of their consistent refusal to contribute to the defense and tax-paying workforce of the country is that the plebeians have had to carry the separatists. That was tolerable in 1948 when the entire Haredi community constituted 1% of the population, a negligible strain on the nation. Today more than one in every ten citizens is Haredi, among them a large number of separatists. Not only has the proportion increased but so has their political clout. The strain has become a heavy burden especially given the personal privilege assumed  in taking financial advantage of the democratic system at the same time as evading societal duty.

I am not against Torah study. Our society encourages the best of our brains to enter academia in order to educate their heirs for their role in augmenting the greater good. If that was the aspiration of Torah scholarship, all would be well.

We are all Jews, yet Corona has uncovered the truth that even fundamental concepts are not shared. Sanctity of Life, Desecration of God’s Name, All of Israel are Responsible for Each Other and others come to mind.

It turns out that the “Greatest of the Generation,” Kanievsky, values study and prayer over life. It is not that he believes that these will discourage God from inflicting death and suffering. Too many of his disciples have died or have been left permanently disabled as a direct result of communal religious practice for him to think that. The unavoidable conclusion is that he and like-minded Rebbes value clan cohesion over life and the common cause.

I am not playing holier than thou and do not claim the moral high ground. Who am I to think that our way of life is better or worse than theirs? I just cannot think of an equitable method of living side by side, with mutual respect and cooperation, given the chasm regarding basic values.

So, let us grant them their wish. I say cede an enclave of Jerusalem. The separatist brethren living in Bnei Brak, Beitar-Ilit and Beit Shemesh could trade addresses with those presently living in the enclave who prescribe to living side-by-side with due respect and mutual responsibility. 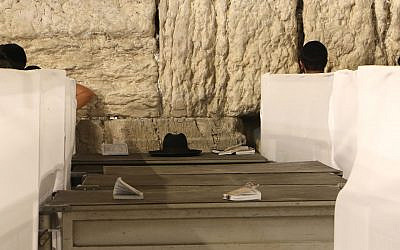 The separatists have an educational system in place as well as thriving commercial interaction and excellent social and welfare structures. Tourism may be a tough sell given that women who do not adhere to the required dress-code or their side of the road, are routinely pelted with tomatoes and used diapers. They eschew modern culture, sport and communication and transportation would not be a big issue given the size of the country. Israel would gladly supply utilities at the going rate. As for cleaning the common areas, they would have no reason for setting garbage containers alight at our expense. They would need to set up medical, security, housing, employment, administrative and financial institutions at their discretion. It’s called taking responsibility. Their lack of bureaucracy would be a light unto us- the incessant red tape we endure would be disposed of by a verbal ruling from the Rebbe.

For a paradigm of political governance they could look to the Vatican, another religious State within a State or perhaps the UAE, a successful theocratic confederation of Sheikdoms with little regard for personal freedom.

With orderly borders, both sides would be liberated from a sector of society which is an anathema to the other. Win-Win.