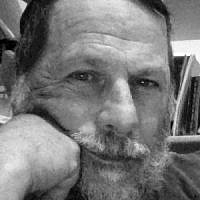 The Blogs
Reuven Spero
Apply for a Blog
Advertisement
Please note that the posts on The Blogs are contributed by third parties. The opinions, facts and any media content in them are presented solely by the authors, and neither The Times of Israel nor its partners assume any responsibility for them. Please contact us in case of abuse. In case of abuse,
Report this post.

Shavuot is upon us again, with its odors of cheesecake and blintzes.  I guess that’s what we get with this most austere of holidays.  No sukkah, no Seder.  No shaking of the fragrant lulav, no four cups of wine for joy and enjoyment.  All the simha of Shavuot, if one wants to call it that, is the esoteric joy of “receiving” Torah, staying up late or even all night and learning: a celebration of the mind rather than the senses.

The problem is, we have lost our minds – or perhaps we’ve never acquired one.  The sensual body and activity aspects of Jewish life are, thankfully, open and accessible to us:  buiding a sukka, baking matzot, eating and drinking and joining together with family and friends.  But the universe of Jewish learning remains for many a closed book.

We are the possessors of a tremendous inheritance – sometimes the very richness of this inheritance is so overwhelming that even one who wishes to take possession is struck dumb.  I am reminded of a day in a Bet Midrash when I asked a fellow student who had been sitting alone staring into space if he felt alright.  He shook his head and said, “ At home, I’m a successful professional at the top of my field.  But what,” he gestured at the thousands of tomes lining the walls, “am I to do with this?”

This feeling of helplessness while standing at the portals of Jewish learning is characteristic of our generations.  No longer caught up in the fervor of willful assimilation of the first generations of immigrants, our day sees signs of young and intelligent Jews wishing to explore their heritage, but cut off from the organic tradition of learning which could be found in almost any Jewish community of a hundred years past.  The Shoah, the breakdown of  traditional Jewish community, and widespread assimilation have created a seemingly unbridgeable gap between us and our past.  Our challenge is to reclaim Jewish learning.

But what is Jewish learning?

Perhaps the most difficult, and at the same time most essential, defining characteristic of Jewish learning is that it is process oriented  rather than goal oriented.  Western society educates us to see  education as a form of investment, and, like any investment, it should bring returns.  We automatically expect and accept what form those returns take, be it salary or honor or fame.

As opposed to this, Jewish learning in its purest form is termed Torah l’shma, learning Torah for its own sake.  In a reversal of accepted Western mores, the sages castigate one who “uses his Toarh (learning) as a spade,” that is, as a tool for making a living.  Because the Torah is a shared inheritance of all, anyone who has attained knowledge is obligated to share it.  Withholding a teaching is considered a very serious breach of social norms, akin to stealing.  Torah is the intellectual property of all.

But more than this: learning, the very act of sitting down with a book and wrestling with words and language and syntax and concept, is a holy activity.  In a way which is difficult to describe to one who has not had the experience, opening asefer  (yes, it simply means “book,” but the word has overtones of referring to our classical literature) joins one with the intellectual lifeblood of our people.  My hevruta once recounted to me a story of Rav Joseph B. Soloveitchik, who in an unexpectedly moving account recalls as a child hearing his father learning, and later takes up the dialogue himself with his father’s partners, sages of past centuries and millenia.

And this is the second outstanding characteristic of Jewish learning:  dialogue.  In fact, dialogue might be too limited a term.  Traditional Jewish learning has nothing at in common with formal lecture halls, academic decorum, and polite discussions.  Rather, as we learn in the Ethics of the Fathers,  “One who is shy will never learn.”  In fact, it would be difficult to consider a lone learner as one actually engaged in learning.  Only in the spirited and passionate trialogue – two learners and a text – is the synergy created which lifts the mundane into sublime.

The Talmud tells the story of Rabbi Yohanan and his hevruta Resh Lakish, a former bandit who was quite  literally seduced from his criminal path to marry R. Yohanan’s sister and become his study partner.  When Resh Lakish dies, the sages choose a young and brilliant scholar to learn with the older rabbi. The young man, perhaps trying to ingratiate himself, responds to Rabbi Yohanan’s every comment, “Yes, I know a source that supports your point.”  “And you think you can replace Resh Lakish?” exploded R. Yohanan.  “Resh Lakish, whenever I said anything, would have twenty-four ways to prove me wrong!  So I would have to find twenty-four ways to prove me right.  This was learning Torah!  And you have the audacity to say the text supports me, as if I don’t already know that!”

And so the third point:  Jewish learning is engaged learning, completely personal, suffused with ultimate meanings and demanding interpretation.  The learner has a responsibility to the text, which is to bridge the gap between ink and paper to flesh and blood.  This cannot be done if learning remains on the page itself.  The act of interpretation is simultaneously an act of saving the text (from irrelevance, from itself at times) and of creation, combining the Torah on the written page (the Written Torah) and the Torah which flows from the dynamic interpretive heart of the learner (Oral Torah).

“Kafka and Freud are so strong and so Jewish that we redefine the Jewish on their basis….[Interpreting] Kafka is nearly impossible, but in turn that compels us to interpret why Kafka makes himself uninterpretable.  Freud, by insisting that everything is meaningful, and can be interpreted, sets the other polarity of Jewish writing.  Both show that there is sense in everything, and then negate the sense you might seek to find….You don’t need to be Jewish to be a compulsive interpreter, but, of course, it helps.”

Bloom could as easily been writing about the Tanach and Talmud as Kafka and Freud.  Our texts call out to us, Darsheni! – interpret me!  Never does one leave the meaning of the text to its literal or even apparent meaning, what our sages call pshat.   Rather, the learner is challenged – compelled? – to dig ever deeper, to find himself in the text, ultimately to pull himself out of it, covered with ink and letters, to a different world seen through different eyes.

And finally, then, to return to ourselves, standing at the portals of Jewish learning, having received from our people an inheritance of overwhelming proportions.  How can we find a way to access what a disjunctive history has torn away?

Franz Kafka, in one of his short and haunting pieces titled, not by coincidence, “Before the Law,” tells the tale  of a man from the country who seeks access to the law.  Dedicated as he is to his goal, he finds himself thwarted by the threatening appearance of the doorkeeper, and so stays outside, year after year, to the end of his days.  As death approaches, he asks the doorkeeper why it is that so many seek the law, but he has seen no one else try to enter.  The gatekeeper answers that this gate was for him and him alone, and shall now be closed.

Our sages tell us that there are 600,000 letters in the Torah, one for each of us at Mt. Sinai.  We all have our unique gate, our own letter of the Torah.  And there need be no threatening gatekeeper for us – inside of us, as Kafka hints – if we are determined enough to try and enter.  Perhaps the key to the gate is simply the knowledge that our own letter rests inside, waiting to be read.

About the Author
Reuven is a refugee from Kentucky, where his family lived for 200 years. A teacher at the Alexander Muss High School in Israel, Reuven and family are now rooted in the Land of Israel, living in Shilo.
Related Topics
Related Posts
Comments