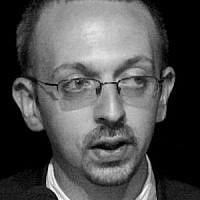 The Blogs
Alon van Dam
Apply for a Blog
Advertisement
Please note that the posts on The Blogs are contributed by third parties. The opinions, facts and any media content in them are presented solely by the authors, and neither The Times of Israel nor its partners assume any responsibility for them. Please contact us in case of abuse. In case of abuse,
Report this post. 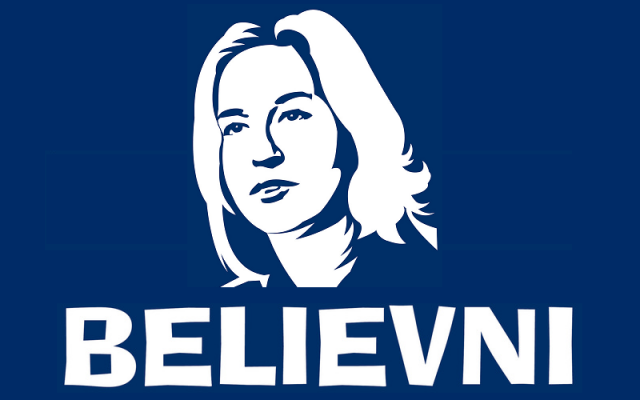 One of my positions in the 2008 Kadima leadership elections was leading the ‘Undecided Voters Division’ for Tzipi Livni. I oversaw 200 volunteers who manned phone banks to map out the party electorate. We would note who the undecided voters were and what could sway them to support Livni.

One day in August a strange thing happened. Dozens of voters from Or Yehuda told my volunteers “we will vote for whomever Mrs. Chen tells us”. Naturally, I set up a meeting between Minister Livni and Mrs. Chen to hear her out. In the meeting, Chen was refreshingly forthright: she held over 300 Kadima members who would vote as she says. She would switch her support from the rival Mofaz campaign if Livni promised to endorse her in Or Yehuda’s mayoral election in November.

In political terms, this was a great deal. A swing of 600 votes over Mofaz would almost certainly seal the election for us. There was nothing Chen could do if we reneged on the endorsement. A slam dunk. Livni heard Chen out, replied with a curt “thank you” and showed her the door. After the insulted Chen left the room, Livni subjected me to a thrashing that still stings 11 years later.

She told me those deals shortchange the public and democracy as a whole. She wanted to win because people believed she was the best candidate or not at all. Livni said she stood for good governance and transparency. How could she rail against corruption if she herself indulged in dirty deals? She made it clear that I should feel ashamed for even considering a ‘votes for promises’ deal.

We won those elections. Not by the 431 votes the history books show, but by 1 single vote. A ballot box in Rahat with 430 votes burned down. Judge Dan Arbel ruled that if Livni’s margin of victory was at or under the votes lost in Rahat, he would call a second round. Unlike Mofaz, we spent all our money banking on a first-round win. We would have lost a second round. So we won by 1 vote over the Rahat threshold. What matters is this: I was wrong, she was right. It’s possible to win elections while sticking to principles.

This should be Livni’s legacy. A leader unwilling to compromise her values for personal gain. A politician for whom the ends never justified the means. In the countless hours I spent with her, I never once caught her utter a self-interested word.

Another anecdote might illustrate this point. It is little remembered that Tzipi Livni was once a signature away from the Prime Minister’s chair. After Olmert’s resignation in September 2008, new elections were not a foregone conclusion. Livni had the chance to form a government first. She signed a coalition agreement with Labor and could bring the pensioner party on board as well. All she needed was Shas.

Shas wanted two things to sit in government with Livni: reverting a reform in child allowances and a promise not to negotiate on Jerusalem with the Palestinians. I was in her garden with many other advisors when the offer came in in October. Many of us argued that she should take the deal. We implored her to make the odious bribe on allowances as a price to be able to govern. We said she should start negotiating with the Palestinians. If those progressed to the stage of needing to discuss Jerusalem, she could seek other coalition partners to replace Shas. She could also use the bully pulpit to call new elections as a referendum on the two-state solution.

We were afraid that if she refused the deal, she would lose a general election to Netanyahu. Bibi would revert the allowance reform anyway and would certainly not work towards a two-state solution. The rest of Livni’s agenda on corruption, election reform, justice reform and more would never see the light. Livni rebuffed our advice, placing trust in the Israeli public to vote for what’s right. “If someone is willing to sell out his principles for the job, he is not worthy of it”, she later said.

This time, she was wrong and we were right.

Livni won the ensuing elections in 2009 by 1 seat, but it didn’t matter. Netanyahu outmaneuvered her in coalition talks and has been Prime Minister ever since. We will never know what might have happened if Livni had signed the damn deal with Shas. To this day, I regret that we couldn’t change her mind. But that’s who she is: unwavering on her principles to a fault.

It seems Livni never fully got over the 2009 election either. She stuck to her guns more and refused more and more to make political deals. She was an ineffective leader of the opposition in both her stints in the job. Tzipi Livni went from one pen-stroke away from being Prime Minister to polling at 0.5% in one decade. Oh, how the mighty have fallen.

Livni has always been an odd duck in Israeli politics. A clean, nuanced optimist presenting her case to a jaded, cynical electorate. She would have made a great Prime Minister but was unwilling to sully herself with the dirty dealings necessary to get there. Her decision to quit politics is understandable. She is considered damaged goods and her electoral prospects are nil.

Let’s reflect on that for a moment. Livni was a Mossad agent, an accomplished lawyer, and held 8 ministerial posts. She championed inclusion of Ethiopian immigrants and development of Israel’s periphery. She was ruthless in prosecuting corruption even in her own backyard. She aligned Arab states with Israel against Iran and Hamas. Tzipi Livni is an elder stateswoman of Israeli politics. She accomplished a ton in her 23 years of public service. The fact she’s seen as dead weight is shocking. Livni missed her window on that fateful night in October 2008. She has lost the messaging war ever since.

In the past decade, Livni has been accused of being a fair-weather friend. An opportunist. She was resoundingly mocked for switching parties every election cycle. From Likud to Kadima to HaTnua to the Zionist Union. A fairer reading is that she remained steadfast to her beliefs as the landscape shifted around her. The Likud she joined was dedicated to liberal values and inclusivity. It championed peace and security. Begin made peace with Egypt in the 1970s. Netanyahu himself ceded Hebron and signed the Wye Memorandum in the 1990s. Sharon led the Disengagement from Gaza in the 2000s.

In every successive election cycle since 2006 the political center moved sharply to the right. Livni never changed her tune: two-state solution, a Jewish and Democratic Israel, compassionate liberal economics. In 1996, this was a center-right position. In 2009, it puts her on the fringes of the extreme left – a big no-no in the current Israeli climate.

Indeed, Livni’s parting words blasted Netanyahu for branding the left as traitors. During Bibi’s tenure, Israel’s vanishing left is conjured as a bogeyman – the enemy of the people. ‘Leftist’ is a dirty word now. We should honor Livni’s legacy by paying heed to the powerful words of Lincoln’s inauguration. “We are not enemies, but friends. We must not be enemies. Though passion may have strained, it must not break our bonds of affection. The mystic chords of memory will swell when again touched, as surely they will be, by the better angels of our nature.”

Tzipi Livni leaves the political stage with her head held high. She refused to ask her supporters for votes that might end up wasted under the electoral threshold. She tried to get the leaders of the center and center-left to set aside their egos and merge into a single bloc. Sadly, she failed. Livni will likely be a candidate for the presidency in June 2021, a largely ceremonial function. She would make a great president, though I doubt she’d win the support of parliament.

It’s sad that this country has no place for a skilled, strong woman with international allure and a deep passion for liberal democracy. Her trust in the Israeli public was her undoing. There is no appetite for peace and compromise. The public mistrusts clean, idealistic politicians. The better angels of our nature aren’t home right now. We don’t deserve her as our leader.

As for me, I will deeply miss her. Livni made me believe that things can be better. She showed me we should demand more from our leaders.  She inspired me to look not at what is but at what ought to be. Livni gave me hope. She’ll always have my vote.

About the Author
Alon van Dam is a Dutch-Israeli political analyst and journalist featured in Haaretz, Metro, NRC and other leading newspapers. A seasoned political campaigner, Alon was Head of Online Strategy for Kadima during the 2009 national elections.
Related Topics
Related Posts
Comments