Many years ago my friend Edgar Laloum who co-founded the Jerusalem at-risk-youth centers “Bayit Ham” and the “Miklat Ha Musica” shared with me that in every case of troubled boys that he worked with, it was all about the father.  He later told me of one boy who denied it for 10 years and finally came back to him and admitted he was right.  What is this important need that boys have for their father’s approval?  My thoughts are that mothers usually exhibit a lot of unconditional love and a basic need to know that their kids are safe, happy, and healthy.  There is usually less of a push from their boys to succeed on a level higher than their son’s desire to achieve as long as they are functioning relative to their age.

Fathers on the other hand as society has probably encouraged them; tend to feel their sons are an extension of themselves.  They often feel that their success as fathers are reflected in the success of their sons be it in school, sports or career.  Living vicariously through our children is often seen in “Stage Moms” pushing their daughters to be stars that look thin and attractive.  This has often led to disastrous results.

When it comes to fathers, they want their boys to succeed and often to exceed themselves.  They may look to them to be the future leaders of the family and in some cases ask of their sons to fill in for them when they are away on business or after a divorce.  I’ve seen cases of boys in this situation who could not stand the pressure and ran away emotionally or physically unable to handle the stress of being a dad to their younger siblings or a quasi-partner to their mothers.  Sometimes they find solace in drugs and alcohol and almost always it creates a rift in the family when mom does not want her son to be her guardian or the guardian of her other children.

One of the talks I loved the most about the Rambam was given by the well-known Rebbetzin Yamima Mizrachi.  She spoke about the need for fathers to embrace the role of kindness “Hesed” in the family and the mothers to embrace the role of Strength “Gvura” with the kids.  Since man’s nature is to take on Gvura this allows him to work on the other side of himself and the same with mothers.

I have seen remarkable changes in teen boys and young adult men when their fathers get on board and embrace the Hesed allowing mom to fill in the Gvura and learn how to communicate with their sons in a loving and accepting manner.  I have learned a bit about NVC Non-Violent Communication and from what I understand it asks us to choose our words wisely and not to label our kids and loved ones. Turn the words “Lazy” and “Problematic” into challenged is one example. Recognize their efforts more than their successes and always be encouraging.  I have seen fathers who believe that by criticizing their boys they will encourage them to work harder.  Almost always it has the opposite effect.  I have heard boys say; “You don’t even see what I am doing so why should I even bother”.  Of course, this is the opposite reaction we desire.  We actually hold the key to encouraging positive change.

Over the past year, I have been working with a father and son, trying to help them to improve their relationship.  The young man simply did not feel heard.  He usually felt discounted and unseen as well. Thinking that he must not be worthy of love and affection he began to question the value of living, sunk into depression, and began years of drug and alcohol abuse.  We began our work by allowing the son to tell his dad how he felt and what he had experienced in the family growing up that led him to feel uncared for.  His dad denied that any of this happened possibly feeling that he as the father did not do more to protect and support his son.  From the first session, the father was asked to repeat what he had heard his son say “Reflective Listening”.  After many sessions where the son continued to explain his upset about his childhood and the treatment, he continued to receive from his other family members his father began to put down his defense mechanisms and seemed to wake up.  He started truly listening to his son who suddenly felt seen, heard, and acknowledged.  This did wonders for his son’s self-esteem and helped him to start feeling truly loved and cared for by his father. He made a decision to stop abusing drugs and alcohol, no longer feeling the need to run away from his present reality.  Here is what the dad had to say about our work together: “In a relatively short period, Tracey has, with enormous affection and patience, transformed the life of my youngest son who is now off drugs and alcohol.   I have now a much-improved relationship with my son. He has come back.”  All it took for me to help this father and son connect with each other is dad opening up to the idea that it can be different if he learns to listen and be attentive to his boy. 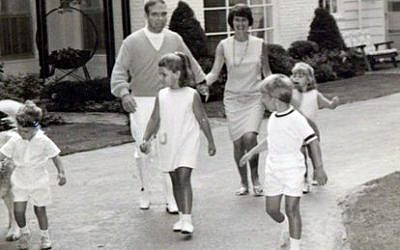 It is amazing what strides we can make with our youth if we simply take the time to listen to them, notice them succeeding, or simply making efforts and acknowledge what we see.  The old adage holds true “It’s easier to catch bees with honey than vinegar”.  So much more so pertaining to the love and affection toward our kids. Let’s start when they are still young.

Should you need direction as to how to improve communication in your family I am here for you. With over 30 years of experience, I have a lot to share.  www.jerusalemteencounseling.net