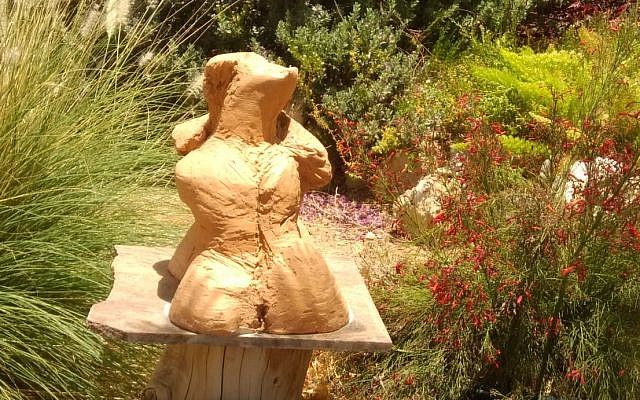 A fetus is neither. (courtesy)

On the continuum from successful conception to live birth and neonatal survival, a human fetus is at neither pole. A fetus defies categorization. As it develops, it recapitulates various stages of human evolution. And at no stage in the womb does a fetus breathe air, as do we, the living humans.

So what then is a fetus? A fetus is mostly potential – a tiny spark of life-in-formation, with vast potential, but limited in myriad ways by circumstances. Many and varied are the limiting and too often hostile circumstances – the pregnant person’s emotional, physical, and financial readiness, the chance of flaws in the unfolding of enfolded chromosomes, the level of nutrition in disadvantaged areas or during wartime, the prenatal care a society deems necessary, the safety of labor and delivery at a hospital under bombardment or occupation, racial or ethnic or gender discrimination in health care services, the malign shadow of a conception by incest or rape, and on and on and on. Indeed, the scenario of a healthy nine-month gestation and a healthy birth of a healthy baby to a healthy mother followed by good post-partum care is a scenario with so much stacked against it in this world that the launch of all that potential into the arc of a living human lifetime is arguably something quite miraculous.

A fetus is neither destined for life nor guaranteed it. Yet nearly all of the rhetoric around abortion casts a fetus as either a person or a non-person, when actually a fetus is neither. Most people, including lawyers and legislators and lobbyists, are uncomfortable with ambiguity, including the existential ambiguities inside and around a womb — but the nature of a fetus and of gestation is ambiguous in the extreme. What is the danger of still-birth if not the ultimate ambiguity? Somewhat if not precisely like Schrodinger’s thought experiment about being in limbo until the decisive moment and then, perhaps, the ultimate disappointment.

Meanwhile, a pregnant girl or woman who chooses abortion is making her choice for any of a thousand reasons. The least likely is pure caprice — because abortion as a casual act is a most peculiar and unlikely scenario that seems to inhabit the fervid imagination of socially repressive authoritarians, but rarely if ever happens in the life of an actual pregnant woman or girl. At the other pole is a girl or woman’s utter desperation, and the motivations along the length of that spectrum vary dramatically. In some cases, the fetus is already dead, dying, or doomed by broken biology to a life countable only in hours, days, or years of devasting and ultimately lethal pain and suffering. If we have not lived that agonizing dilemma, who are we to judge? And even then?

The arrogance of interference

The cruelty of coercion when it is made a deciding factor in so many of these cases is exceeded by the terrible arrogance of those who would interfere and by their apparent ignorance of the real import of what they are busy legislating or lobbying for. (Witness at this writing in the spring of 2022, US state legislatures in Ohio, Missouri, Oklahoma – just google it – recently attempting to ban abortion for ectopic pregnancies, where the fetus accidently implanted and growing outside the womb represents, absent an abortion, an automatic death sentence for the pregnant woman or girl involved. Either ignorant or oblivious, while they are busy protecting fetuses these lawmakers are, literally, decreeing the death of pregnant women and girls.) However sincere, the grief of anti-abortion activists around the loss of life they attribute to the act of abortion is misplaced, because their campaigns function to kill and maim – actual living women and girls – for the proclaimed purpose of rescuing fetuses which are neither persons nor non-persons, but only potential persons.

I suggest that what needs to be mourned, in the landscape of abortion-related grief, is the human potential of a fetus – because that is its true nature, and when a pregnancy ends in abortion, so does the unique instance of human potential represented by that specific fetus. Instead of presuming to judge, regulate, coerce, or punish the woman or girl who ultimately chooses abortion by a licensed medical professional in a safe environment as the solution to an abysmal dilemma, the fetus-mourners could focus on mourning what has been lost.

Let those who understand themselves as pro-life first accept the nature of a fetus – a bundle of ambiguity and potential – and focus their grief on the lost potential of each fetus that will not be fulfilling that potential. Let them stand alongside the woman or girl who carried that fetus until she didn’t, and who is the chief mourner. The impulse to control or punish her is, in the best case, perhaps less about ignorance (or arrogance or authoritarian proclivities or religious dogma) and more about the bystander’s own grief gone astray. That grief, the grief of anyone who was not carrying that fetus but was rooting for its potential future, ought to become a form of social solidarity, not a specious justification for the relentless persecution of one half of humanity (the half that can get pregnant) by the other half (the half that cannot).

Abortion is not the root cause, but rather the proximate operative means, by which fetal potential is physically ended. Fetal potential can fail to be actualized for myriad reasons both before and after birth and wholly apart from abortion – including illness, accident, poverty, neglect, prejudice, exploitation, and so forth. It is unfortunate that mourning for the lost potential of a fetus aborted is so widely conflated with judgment as to the necessity or wisdom of the act itself. One can certainly mourn the loss while refraining from claiming a right to pronounce judgment on the act.

Let us briefly consider perspectives of mourning. Many cultures have cadres of paid professional mourners (just google it). And perhaps all cultures have practices, customs and traditions whereby people come together to mourn alongside bereaved family, friends or neighbors.

Mourning humans who die is mostly about grieving the loss and supporting the bereaved emotionally and often materially with meals, companionship, even financial help. I suggest that anti-abortion activists, the self-defined pro-life folks, ought to reimagine their activism of judging, regulating, coercing and shaming around abortion, which involves the death of neither a person nor a non-person. They can instead vow to mourn the lost human potential signified by any abortion. They can volunteer to be supportive to the woman or girl who carried that fetus and who is the principal bereaved. They can stop judging her and become a co-mourner with her. They can let go of their indefensible certainty that they (or the government, or the clergy, or the ex-boyfriend, or father, or rapist) know better than she whether her decision was right or wrong. Just as a fetus is neither, is an ambiguity, a potentiality, perhaps decisions about abortion are also neither – neither demonstrably right nor wrong, but rather another perplexing facet of being a human. A female human. Better to stand with her rather than stand over her. We would all benefit from this altered perspective.

By Anonymous, in honor of International Women’s Month. Retrieved from the Old Earth Archive by Kalani for general use. Readers are directed to previous posts in this blog for more about Kalani, an archivist, and the Kindergarten on an Alien Planet — a fictional narrative of the future. (Anonymous is also me.) –Deb R.