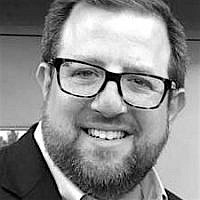 The Blogs
Todd S. Polikoff
Apply for a Blog
Advertisement
Please note that the posts on The Blogs are contributed by third parties. The opinions, facts and any media content in them are presented solely by the authors, and neither The Times of Israel nor its partners assume any responsibility for them. Please contact us in case of abuse. In case of abuse,
Report this post.

It has become my custom to write these emails earlier in the week. Usually, I don’t have to change the subject or context as my topics are, by design, fairly broad. This week I had to make a change in that practice. The passing of Shimon Peres this past Wednesday (in Israel), September 28th changed things, not only for me and my blog, but for the Jewish people and all of humanity.

To say that Shimon Peres was a transcendent individual is a gross understatement as he has been a prominent figure in Israeli society and politics for 66 of the country’s 68 years. He has been, for many, the face of Israel throughout the years and has always seemed, almost effortlessly, to remain relevant in every generation. At a time when global Jewish organizations are trying to find ways to better connect the latest generations to Israel, Peres joined Snapchat and upon joining Facebook (with Mark Zuckerberg in attendance), asked the world to be his friend. Visitors to Israel from world leaders to rockstars to athletes sought an audience with Shimon Peres. One thing is for certain, he was the last of an era. Just as there will never be another Menachem, Yitzhak, David, Golda, there will never again be a leader or person like Shimon Peres.

Peres’s list of accomplishments and accolades will be, and rightfully so, recited numerous times over the next few weeks. Personally, I don’t have any pictures with Shimon Peres and the closest I’ve been to him was in a relatively initiate meeting in Israel. I don’t have any stories about the encounter or any pearls of wisdom that he shared with me directly. What I did take away from our encounter is the indelible mark that he made on me as a Jew and as a person. I distinctly remember when he approached our group, I didn’t see him at first but could feel that he was there. There was a change in barometric pressure, the lights got a little bit brighter, and there was an electricity in the air that eventually morphed into a chorus of cheers and applause. When he spoke my heart got a little fuller, my cheeks were flush with pride, and at some point, my eyes began to tear up. From across the room, Shimon Peres imbued in me an evergreen sense of love and devotion for the Jewish people and the State of Israel. To this day I feel incredibly fortunate for this experience.

The passing of Shimon Peres, the 9th Prime Minister of Israel, has left a hole in the fabric of the Jewish people and all of humanity. I can’t tell others how to adequately mourn the passing of Shimon Peres as he meant so much to so many. What I can do is suggest that we commit ourselves to his vision in which he respected the past, but did not dwell on it, he strove for peace, but did not shy away from a justified battle, and he sought the best in his fellow humans, but did not cease to confront those who promoted hatred and ignorance. Ultimately, Shimon Peres was perpetually forward thinking and always looking for the next springboard that would propel Israel, the Jewish people, and all of society to the next level of success, security, and prosperity.

So, as I wish you and your families a very happy, healthy, and sweet New Year, I would like to wish that we, as a Jewish people strive to be more like Shimon Peres. As he so simply and deftly said, “Looking back, the only mistake we made was not dreaming big enough. Let’s dream big, let’s look ahead, and make the world a better place, a peaceful place, for all people.”

About the Author
Todd Polikoff is the President & CEO of the Jewish Federation of Las Vegas, an avid writer, and die-hard Philadelphia Eagles Fan.
Related Topics
Related Posts
Comments