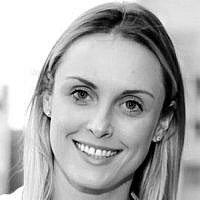 The story of the Jewish people is one of fire. For better our worse, our history is scorched by flames.

There is the fire of the bush, blazing, yet somehow, not consuming.

There is the fire of the pillar, which illuminates our path so that we may travel by day, and by night.

There is the violent, trembling fire of the mountain from which G-d descends from the Heavens to be heard by us.

And there is the fire through which G-d responds, and is identified as the one true G-d by us.

It is through fire, Rashi tells us, that the Law of G-d was written.

There is the perpetual fire, Esh Tamid, eternally burning on its altar, inextinguishable. A fire which cleanses us of sin – both intentional and unintentional – and thus extinguishes our transgressions.

And there is the fire of transgressions, a punishment for sins so severe that we cannot be forgiven, and thus are condemned to wander aimlessly, a soul extinguished for all eternity.

There is the fire of the great sages – Rabbi Bar Yochai, Rabbi Akiva, and the Baal Shem Tov – who revealed G-d’s wisdom and set the world aflame with the teachings of Hashem.

There is the fire – the light of the divine – that the Zohar tells us shines within the soul of every person.

And there is the fire, Rav Kook reminds us, that burns in the soul of every Jew, sparked by Torah, to fulfill G-d’s commandments.

There are the fires that herald: set upon the hilltops of ancient Jerusalem to signal Rosh Chodesh from village to village across the Kingdom of Judea.

There are the fires that inspire: the torch we light to commemorate our independence, to honor our Temple, to remember our yarzheits, to welcome the Shabbat Queen, and to bid her farewell until next we meet again.

There are the fires that destroy: an ancient fire, which Josephus describes, consumed our Temple; and the fires of the Middle Ages which burned the Holy books of the Jewish people, and the Jewish people themselves, set aflame by those who believed it was them – and not us – whom were chosen by G-d as his people, to carry forth His word… which He gave us by fire.

There are the fires of the Holocaust that burned so brightly all the world was engulfed by them, and the fires of the Nazi’s ovens which calculatedly and callously consumed six million Jewish souls, and tens of millions more in war.

But we are told it is only for G-d to know why these fires burned.

There are the fires which threatened Israel’s existence in 1948, 1968, 1973, and since 1982 – sparks which continue to simmer from the embers of coals coalescing around us, at all times, in the form of foes forever sworn to forsake our future.

It is these fires which, against all odds, the Jewish People persevere and prevail, in order to preserve the State of Israel, and to promise security for the Jewish People, for generations to come.

But have we prevailed? Have we preserved, persevered? Have we truly protected the State of Israel? Have we fulfilled the promise of generations to come?

Because today our history has added to it a new fire – unprecedented in its scope, unimaginable in its tragedy, unrepairable in its damage.

This is the fire of Itzik Saidian.

This is the fire of Shaja’iya.

This is the fire which engulfed 13 Jewish souls.

This is the fire, intended to protect the edges of Israel from its enemies, but which instead singed the collective conscience of our community.

And now we are left with a choice. For as the Torah teaches, man was blessed by G-d with the gift of choosing – to do right over wrong, to accept or reject His commandments, to love or hate, to tear down or build up one another.

The choice is not whether we should fight, nor whether to sacrifice our security for their peace, in name only. For the Jewish People must always fight if we are to live.

For the soul of man is the lamp of Hashem, searching the chambers of one’s inner being.

Acknowledging the teachings of the Rebbe Lubavitcher, Rabbi Tzvi Freeman writes, the world around us boils with a thousand raging fires, each calling out in its own manic, forceful voice, more driven than any sense or reason. And if the Jew does not find his inner fire, another will take its place. Because deep within the Jew, waiting to ignite, hides a secret spark. A spark within that resonates, and cries out:

Before the Jew bursts aflame.

This Jew, who by fire, Leonard Cohen laments, faced brave assent, accident, solitude, by command and then by his own hand, no longer knew who in the mirror he could say was calling.

Until all that was left were the embers of a life, a history, a moment, a forever, immortalized and immolated, a sacrifice both Itzik’s and ours, singed with scars and broken by burns.

The story of the Itzik is one of fire. For better our worse, he has been scorched by our flames.

Itzik’s fire engulfs a generation of men and women in uniform – once though impervious and immutable, impregnable and impenetrable, but for which we have again been reminded are precariously muted, pregnant with pain, and penetrated by a burden too burdensome to bear.

Itzik’s fire demands that we ask ourselves: what are we willing to do for our men in women in uniform, so we can ensure a Jewish future far brighter then the flames from which, at any moment, might still engulf them?

Itzik’s fire burns us. But, like the bush, it must not consume us.

Rather it must catapult us towards compassion for the silent suffering and stifled sorrow which afflicts far too many in our midst. It must ignite renewed action, so none of our brave men and women in uniform are again lost to the fury of their flames.

For the Lord your G-d is a consuming fire, an impassioned G-d.