The Chinese proverb puts it that a fish can’t see the water it is in, unless it jumps out of its fish bowl. Along the same lines, author David Foster Wallace, tells the story of two young fish swimming along when they meet an older fish coming in the other direction. He nods at them and says, “Morning boys. How’s the water?” The two young fish swim on for a while and then one looks over at the other and says, “What the hell is water?”

We are often so immersed in our own lives, our own environments that we fail to recognise how limited and limiting they may be. We don’t appreciate how much we may learn from others, from opening ourselves to the world around us. It is a condition that is exacerbated by our social media lives and the echo chambers of our subjective tastes and experiences. It can, of course, become a kind of egotism and narcissism. In its most extreme form, it can be a pathological condition called solipsism syndrome, characterised by a detachment from reality.

Leaders in particular need to be acutely aware of the dangers of solipsism. But we can all benefit from the presence of honest critics and frank friends.

The beautiful phrase eizer kenegdo in Genesis (2;18) highlights the advantage of having an honest partner. The companion created for Adam (namely Eve) is described with this phrase translated as a ‘helper opposer’- someone who supports their partner not only by aiding and enabling but also by critiquing and challenging. Interestingly the motivation for God’s creation of Eve is preceded by the equally compelling turn of phrase: “It is not good for a human being to be alone” (Ibid). Being solitary can so easily lead to self-absorption, to an ‘only me’ obsession.

One of the problems of living in a fishbowl, is that you fail to see how others perceive you. The poet Robert Burns expressed it so well:
Oh, would some Power give us the gift
To see ourselves as others see us!
It would from many a blunder free us,
And foolish notion.

It is perhaps one of the strangest stories in the Torah. The non-Jewish prophet, Balaam (Numbers 22) is hired by Israel’s enemies as a PR expert, a word-assassin, to curse and discredit the Jewish people as they make their way to the promised land. I’ve often wondered about the point of the story and especially it’s placement at this time in Jewish history. This year, it made perfect sense to me – it’s about the toxicity of anti-Semitism and the venom of words. It was a warning to the nascent Jewish nation about the opposition and hostility they would encounter in their promised land. It was a way of preparing them for the future, helping them to see themselves through the eyes of their detractors, to see themselves as others saw them. More importantly, it was a caution to them not to judge and assess themselves as others did. Not long before this incident, the Torah describes their representatives (the 10 spies) saying of their enemies, “We were like grasshoppers in our eyes and so we were in their eyes” (Ibid 13,33).

One of the greatest dangers of the increase in anti-Semitism today is that we will begin to believe the distorted and egregious descriptions of us by our enemies. That we will buy into their venomous characterisations of Jews and their one-eyed portrayals of Israel. Curiously, but perhaps ironically, Balaam is called the man with the one open eye … MK and former Soviet prisoner Natan Sharansky speaks of Jews who have bought into the attempts to cancel Israel and Jewish peoplehood. He calls them the new Un-Jews because they believe the only way to fulfil the Jewish mission of repairing the world is to undo the ways most Jews actually do Jewishness. They are accepting the narrative of those who oppose us and especially the State of Israel, but are otherwise promoters of love, equality and social justice. At times like this, we dare not have a grasshopper complex! We also dare not fall into the trap of believing that we Jews cannot trust or expect anything of the world, that we should isolate ourselves as the “people who live alone” (Balaam’s words-Ibid 23,9). This is rather the time to embrace our friends, to embrace the vision of Isaiah, the vision of a world turning towards Jews.

To conclude with the words of Rabbi Jonathan Sacks (Future Tense, 138):
The inward-looking strategy may have made sense for 2000 years, when Jews were dispersed across the globe, everywhere a minority, without rights and without a voice in the public domain. It makes no sense now, in the diverse, multifaith and multicultural liberal democracies of the west. For perhaps the first time in history, the Jewish voice is respected. It is turned to for wisdom. If Jews fail to make their voices heard there will not be silence, the space will be filled by other voices not always sympathetic … Jews were called on to be a blessing to the world. They cannot do that if they are disengaged from the world. The place where that engagement is most important is Israel, the land where Judaism was born. 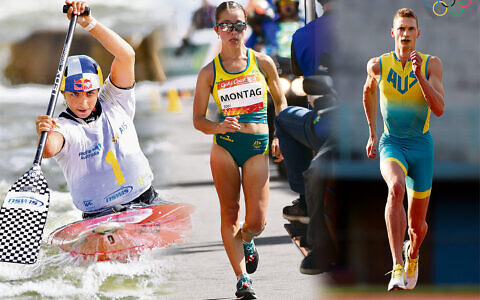 When to watch our Aussie Jewish athletes
Shane Desiatnik 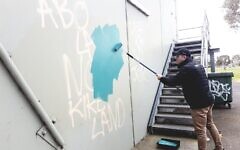 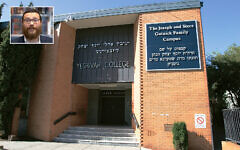 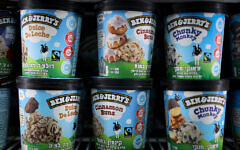 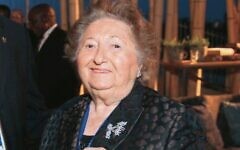 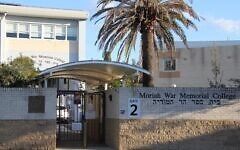