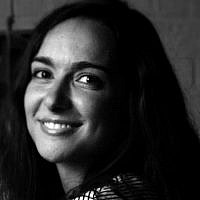 The Blogs
Stella Ishack
Apply for a Blog
Please note that the posts on The Blogs are contributed by third parties. The opinions, facts and any media content in them are presented solely by the authors, and neither The Times of Israel nor its partners assume any responsibility for them. Please contact us in case of abuse. In case of abuse,
Report this post. 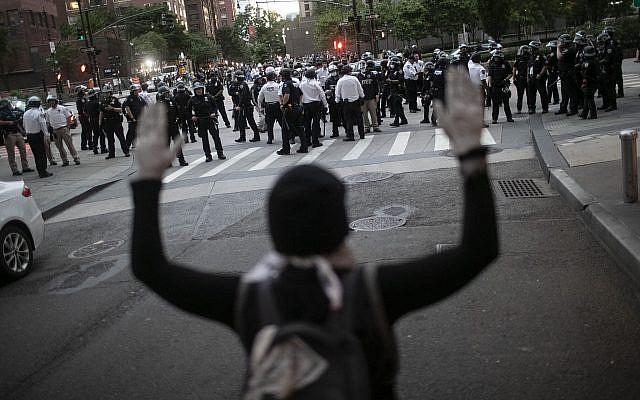 I’ve been exasperated for a long time. I was exasperated 15 years ago when I read To Kill A Mockingbird as part of my school syllabus and was already a young adult when I experienced the horror and disgust of reading about racial injustice for the first time. I have carried that disgust and that anger inside me ever since. So last week, when I watched the deplorable footage of George Floyd’s final moments, I was horrified, emotional, still exasperated, but tragically, I was not shocked. This was not the first story of police brutality against the black community that had come to my attention, nor was it the first time I had been brought to tears by the cruelty of racial intolerance.

Upon the bursting of my ignorant, sheltered bubble, I continued to seek further understanding in the writings of famous black philosophers and writers. At university I studied Chimamanda Ngozi Adichie, Chinua Achebe, the slave narratives of Frederick Douglass and Harriet Jacobs, and wrote a dissertation on post-colonial African coming of age novels. I armed myself with stories of black oppression, thinking that with this knowledge alone I was doing enough. If I knew better, if I educated myself, somehow I was on the right side of the struggle and this was sufficient. I figured that because I knew how much I cared, that was enough to soothe my privileged conscience. And yet, in the years since, I have used that education as an excuse for inaction, as a deflection from throwing my hat in the ring.

In my years working as a figurative portrait artist, I steered clear of what I perceived to be ‘controversial’ subject matter; I did not leverage my voice for a political purpose or a wider cause. Looking back, I know I did this out of fear. Fear of being challenged, fear of saying the wrong thing, fear of being divisive, but mostly, fear of weighing in on a subject I felt I had no authority to comment on. And this is where I hang my head in shame. In the past few days, I have come to hear and notice many variations of the erroneous ‘this is not a battle I know how to fight’ logic. As the events of the week unfolded, and the rumblings of global disquietude grew louder, I noticed that my predominantly Jewish social media following remained relatively silent. It took a few louder voices, a few trending posts and soon enough I watched as people began to follow suit. Even as I write this, I wonder why I myself, had to wait all these years for the safety of a surrounding cacophony of voices before I utilised my own.

The Jewish people have long been and continue to be victims of hatred; we know the dangers of stereotyping, the harm of libellous stories, the oppression of baseless hatred and persecution. For centuries we’ve had unending battles waged against us, battles we haven’t chosen or wanted, that perhaps pacifism in a battle which doesn’t seem to directly affect us, can appear a tempting option. The fact that we have an option as to whether or not we engage, however, is a privilege that comes with a skin colour which allows the majority of us to hide more easily from our oppressors if we so choose. Silence, discomfort, hiding – these are luxuries which are not afforded to all. When Rabbi Akiva was asked to condense Jewish teachings into just one guiding principle, he famously chose ’love thy neighbour as yourself’ as being the most important lesson of all. Jewish people know pain, but we also know community.

We must take our knowledge of oppression and use our privilege to speak out, to empathise, to address, not to compare or to minimise. This is our battle too. Prejudice of any kind is an evil, and apathy is not the cure. We absolutely need to keep educating ourselves, humbling ourselves and sensitively listening out for ways to advocate and undo pre-existing systems of intolerance in our homes, at our Friday night dinner tables and within our communities.

Acknowledging bias and learning is only half the battle. The other half is not treating the issue as a chance to momentarily jump on a trending bandwagon, or posting a black square in lieu of informative advocacy. This issue did not begin with George Floyd’s murder, and it should not end with it either. I don’t purport to knowing the answer, but I know that words have power and I know that we must keep the conversation going. I will no longer be silent because it is safer.

About the Author
Stella currently works for an innovation foundation which brings together governments, foundations and researchers to develop and test new approaches to increase innovation and support high-growth entrepreneurship. Stella obtained a BA in English Literature from Queen Mary University of London and has previously worked at a not-for-profit organisation delivering cultural programmes in Sydney. She has also worked as a freelance figurative portrait artist.
Related Topics
Related Posts
Comments