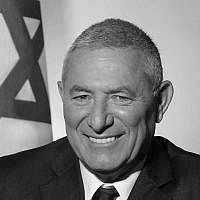 The Blogs
Doron Almog
Apply for a Blog
Advertisement
Please note that the posts on The Blogs are contributed by third parties. The opinions, facts and any media content in them are presented solely by the authors, and neither The Times of Israel nor its partners assume any responsibility for them. Please contact us in case of abuse. In case of abuse,
Report this post. 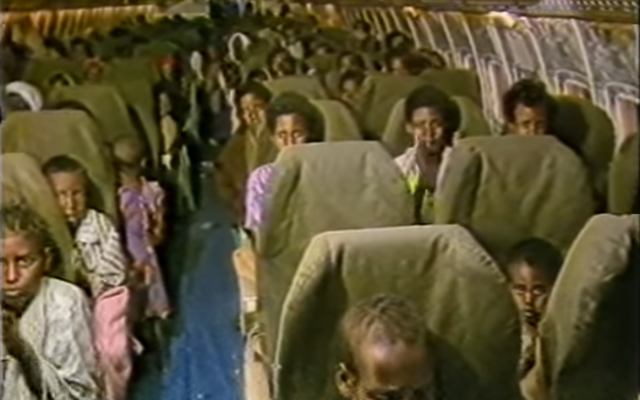 The first time I encountered the Ethiopian Jewish community, I was surrounded by darkness.

As the leader of one of Israel’s elite combat units, Shaldag, I was on a mission to airlift Ethiopian Jews to safety via Hercules planes. It was 1983 and the mission, shrouded in secrecy and conducted in the shadows, was a harrowing experience not only for myself but for the Ethiopians.

At the time, there was no way to bring Ethiopian Jews to Israel. But that did not stop us from doing the right thing.

Thousands of Ethiopian Jews set off for Sudan on foot, where they waited for months to finally depart for Israel. Once possible, we worked alongside Mossad agents to gradually send planes in secrecy in the middle of the night to airlift them from the vast deep, dark desert. Upon landing, all our senses were hindered: the propellers hurled sand in all our faces and the noise was deafening. Despite the pitch-black around us, our sophisticated night vision equipment allowed us to see those we came to rescue, but attempting to gather hundreds of scared people who had never seen a plane before was certainly a challenge, especially with the horrible noise and swirling sand.

When we opened the back ramp to usher them inside the aircraft, some even fled, as the situation was too overwhelming. And yet, most had the courage to trust us — to come aboard with their torn clothes and their resilient hearts, to start anew in Israel.

Several things could have gone wrong. We were constantly teetering between launching one of the most successful operations in Israeli history or one of its biggest failures. However, my experience paled in comparison to theirs. For the Ethiopians, the journey from Ethiopia to Sudan was difficult and dangerous. Thousands did not make it alive.

I returned to the region last week in an entirely different capacity, as chairman of the executive of The Jewish Agency for Israel. And, again, I had the pleasure and honor of bringing Ethiopians back to Israel on Operation Tzur Israel (Rock of Israel) — a joint operation of The Jewish Agency and the Ministry of Aliyah and Integration, aimed to unite 3,000 members of the Ethiopian community with their family members in Israel.

The experiences could not be more dissimilar. What occurred 40 years ago in the shadows under the most hazardous conditions took place last week in broad daylight and with much — and justified — fanfare. Decades ago, after such a treacherous journey and difficult waiting period, the new immigrants’ clothes were worn and torn, the shoes on their feet tattered. Today, the olim (immigrants) dress in festive white to commemorate their fulfilled wish of coming home.

And that deafening noise of the plane, when nobody could speak with each other — that was replaced with joyous singing.

I wish I could say that the Ethiopians I helped bring to Israel those many years ago transitioned seamlessly to their new home, but the aliyah experience is a challenging one. For Ethiopians, who come from a vastly different culture, the learning curve was steep. I am not sure my parents’ generation truly understood those challenges, but it is something we certainly appreciate today.

After witnessing Operation Tzur Israel in action, I can safely say that this is no longer how we operate. The Jewish Agency now anticipates those challenges, which is why it arrives on the ground months before planes are set to take off, working closely with the Ethiopian community, helping them prepare for the momentous transition into Israeli society.

After honoring my late brother Eran who was killed in battle during the Yom Kippur War and my late son, Eran, who was born with severe disabilities, my life philosophy has always been to never leave anyone behind. This applies to my approach regarding aliyah as well.

That is because how we treat the vulnerable among us reflects our morality as a society.

As we welcome the new year, what kind of society do we wish to be? One that throws its olim — whether they be North American, Ukrainian or Ethiopian — into the deep end of the pool and hope that they know how to swim? Or do we want to provide them not only a life raft, but the tools to be able to navigate those waters?

At The Jewish Agency, we strongly believe in the latter approach. As such, we operate 26 absorption centers across the country where olim can acclimate to Israeli society. Our organization provides them with tools and resources to be successful from a personal and a professional capacity.

That said, we can always do more and as chairman, I plan to explore options where we involve private citizens and the public and private sectors in this process, as acclimating olim into Israeli society benefits us all. The absorption of olim should be a national responsibility. From private families who can forge ongoing relationships with new olim, to student volunteers teaching them Hebrew, to recruiting local industries to integrate olim into the workforce, every Israeli citizen has a role to play in this complex process.

Make no mistake — this is not about charity or helping the less fortunate. Rather, it is giving these olim an equal playing field so they can live up to their potential and give back to the country they love so much.

In my most recent visit to Gondar, I saw that potential with my own eyes. I toured the Hatikvah (Hope) Synagogue, I saw the holy books there that are kept in mint condition, despite the dilapidated buildings surrounding them. I walked through their classrooms, mikveh, and library. And I saw a whole generation of children hungry for knowledge that their current living conditions simply cannot satiate.

I do not know — nor can we control — what would have become of our olim if they remained in Ethiopia. But we can certainly influence what kind of people they will become once they are welcomed to Israel.

We must continue to work, in accordance with the government of Israel, to reunite families and bring olim home, no matter where they are in the world. It is also our obligation to ensure that Ethiopian olim become the absolute best version of themselves. It is what they deserve and what Israeli society needs.

About the Author
Major General (Res.) Doron Almog is the chairman of the executive of The Jewish Agency for Israel. He is also a Israel Prize Laureate, and the founder and chairman of ADI Negev-Nahalat Eran (www.adi-israel.org), an expansive residential and rehabilitation village in Israel’s south that is world-renowned as a symbol of true inclusion.
Related Topics
Related Posts