The Blogs
Kenneth Ryesky
Apply for a Blog
Advertisement
Please note that the posts on The Blogs are contributed by third parties. The opinions, facts and any media content in them are presented solely by the authors, and neither The Times of Israel nor its partners assume any responsibility for them. Please contact us in case of abuse. In case of abuse,
Report this post.

For a few months in 1980 during my employment with the United States Department of Defense, I was temporarily seated at a desk where I could swivel my chair 180 degrees, look out the window, and discern the small dot approximately 600 meters in the distance that was (and still is) the gravestone of my great-grandparents in Philadelphia’s Har Nebo Cemetery (my great-aunt, grandparents, parents, and sister had yet to go to their repose in that burial ground).

Har Nebo is the resting place of many notable and distinguished people, including Congressional Medal of Honor recipient Samuel Gross, and Philadelphia police officer Morris Gelles, who died in the line of duty while attempting to rescue firefighters trapped in a burning building; the fact that atomic spy Harry Gold is also interred in Har Nebo does not in any way negate the standing of the honorable people who now rest there.

It has been more than seven years since I last visited Har Nebo Cemetery.  In the ensuing time, Har Nebo Cemetery (along with Mount Carmel Cemetery, owned by the same family) slipped into a state of disrepair.  The office is unstaffed, and access to the cemetery for visitation, funerals, or stone unveilings is now done by prearranged appointment.  Of course, the COVID pandemic has been asserted as a pretext for Har Nebo’s fiscal problems.

It is of little comfort that Har Nebo and Mount Carmel do not stand alone amongst the blighted Jewish cemeteries in the Philadelphia area.  And while Har Nebo’s selection as a pilot project for Philadelphia Jewish cemetery restorations does give a distant glimmer of hope, my family and I still await confirmation that my father’s headstone, removed for engraving of my mother’s name and biographic data following her passing more than a year ago, has been reset upon their graves after being returned to Har Nebo from the monument-maker.

But there is far more at stake than my own family’s angst (and that of others who have loved ones interred in the deteriorated Philadelphia Jewish cemeteries).  Vandalization of Jewish cemeteries was the norm during the Nazi era; indeed, many of the the 1938 Krystallnacht pogroms entailed not only the burning of the local synagogues, but desecration of the towns’ Jewish communal burial grounds.  As recent and ongoing events demonstrate, the “monkey see, monkey do” dynamic plays actively in anti-Semitism, and also in vandalism.   The Jewish communities in Philadelphia and elsewhere have reason to be concerned about a synergistic combination of cemetery deterioration and anti-Semitism.

After serving as Presiding Judge at the Einsatzgruppen Trial in Nuremburg, Michael Musmanno sat on the bench of the Pennsylvania Supreme Court.  In allowing the expense of a gravestone as a valid charge in a wrongful death lawsuit, Mr. Justice Musmanno eloquently noted, “Those who have no respect for the dead can have but little appreciation of the dignity of man, either living or dead.”  [Kotal v. Goldberg, 375 Pa. 397, 405, 100 A.2d 630, 634 (1953)].

Across the Delaware River not too far from Philadelphia, some people in Mansfield, New Jersey have recently shown profligate disrespect for the dead at the Old Friends Cemetery, a Quaker burial ground.  Following an invasion by heavy construction equipment, there were “gravestones removed from their original places, and several instances of what look like open graves, including at least one that appears to have been a child’s grave. Some headstones [were] cracked in half.”  As disturbing as the cemetery destruction is, more disconcerting still is the apparent absence of accountability for the wanton act of mass vandalism.

Today in America (and indeed, the entire world), hatred for Jews is ubiquitous, but historical ill sentiments towards Quakers have mostly disappeared.  As vulnerable as Quaker cemeteries might be, Jewish cemeteries are surely at even greater risk.  And if our cemeteries are at risk, then so are we!  Though the Quaker religious establishment is hardly a friend of Israel or the Jewish people, the wrack and ruin of the Old Friends Cemetery in Mansfield should concern us as a stern warning of danger.

About the Author
Born in Philadelphia, Kenneth lived on Long Island and made Aliyah to Israel. Professionally, he worked as a lawyer in the USA (including as an attorney for the Internal Revenue Service), a college professor and an analyst for the U.S. Department of Defense. He's also a writer and a traveler.
Related Topics
Related Posts
Comments 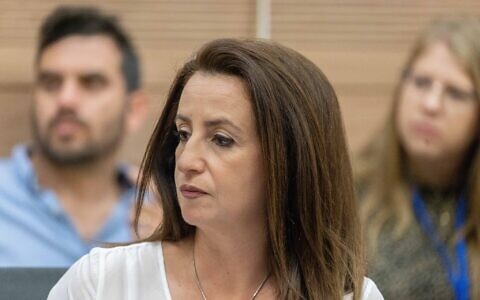 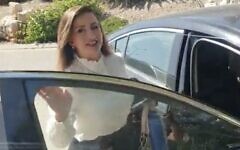 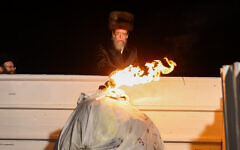 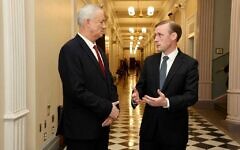