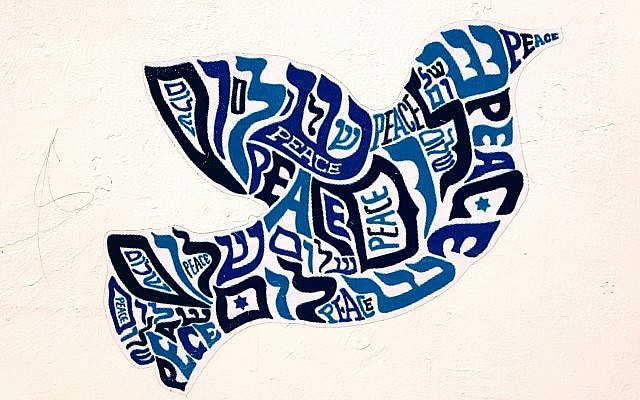 On Thursday, we celebrated the joyous holiday of Purim commemorating the defeat of the evil Haman who attempted to destroy the Jews throughout the Persian Empire around the 4th century BCE.

Almost 2,500 years later, on Purim in 2019, we can celebrate once again as President Trump tweeted that “After 52 years it is time for the United States to fully recognize Israel’s sovereignty over the Golan Heights.”  The Golan Heights is a strategic elevated area on Israel’s northern border with Syria that is a vital plateau for its national security.  Israel conquered it in the 1967 War and officially annexed it in 1981, but for decades the international community denied Israel’s legitimate claim to the Golan.

In the Six-Day War of June 1967, Israel fought against the combined armies of Egypt, Jordan, and Syria after Egypt announced the belligerent closing of the Straits of Tiran to Israeli shipping.  Here, Israel did not acquire territory by “going to war,” but rather Israel fought and won the 3rd in a series of Arab-Israeli wars seeking Israel’s destruction, starting with the 1948 War of Independence.

Between 1948 and 1967, the Golan was used by Syria to indiscriminately shell and harass Israeli villages in the Galilee, including in April 1967 at which time Israel shot down six Syrian MIG fighter planes as a warning to Syria.  Finally, after twenty years of these continuing attacks by Syria on Israel from the Golan, did Syria finally lose the Golan to Israel in the ensuing 1967 War.

Contrary to those who say that recognizing Israel’s control of the Golan endorses the forceful taking of land from other countries, the monumental shift in American policy on Purim this week actually provides critical deterrence against war by recognizing the potential consequences to those like Syria that unjustly wage war and lose.

Further, aside from sending a message of consequences to brutal dictators and tyrants that they will pay a price for their belligerence and should think many times before starting a fight that they may lose, perhaps there is also a righteous and just message here for the United Nations that is also constantly picking a fight with the Israel, the lone Jewish state.

For example, through 2015, the UNHRC issued more resolutions against Israel than against all other nations of the world combined.  Similarly, in Resolution 497 in 1981, the United Nations called Israel’s decision to annex the Golan, which came into Israel’s possession from a war that it did not seek, but which it did rightfully triumph, “null and void.”  However, as long as the United Nations is unjust to Israel and anti-Semitic to the Jewish people, from out of all the nations of the world, then it is the United Nations and its many tyrannical regimes that make it up that are truly the ones that are null and void when it comes to good overcoming evil.

In this world, tyrants may think they rule the day, however, we know that it is really by G-d’s divine and merciful providence that the day is won.  And it is not just with the miracles of Purim from thousands of years ago that we can celebrate, but rather it is the continuing salvation that He brings to Israel and his people from all those who in every generation seek to destroy us.  For peace and not for war, the Golan is part of Israel!

About the Author
Andy Blumenthal is a dynamic, award-winning leader who writes frequently about Jewish life, culture, and security. All opinions are his own.
Related Topics
Related Posts
Andy Blumenthal
Comments