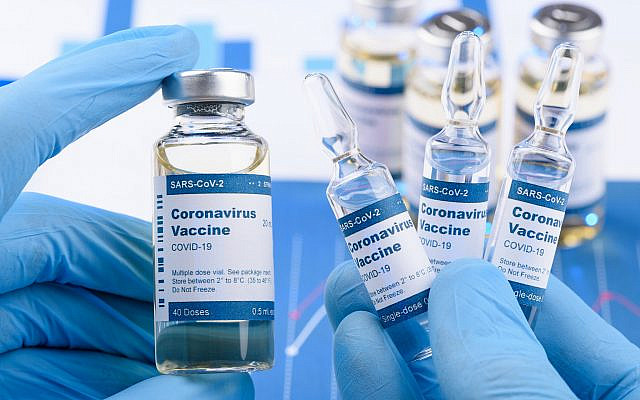 The trucks have just left Pfizer’s Kalamazoo, Michigan facility with the promised coronavirus vaccine onboard and are on their way to the US states. There is hope that eventually we can stamp out the virus that has wreaked havoc on our public health system and economy during what has been a very dark year. It will be a while before the vaccine gets to most of us, but in the near-term, we can protect the healthcare and essential workers who have put their own health on the line in order to treat those gravely ill from the virus and to keep the essential services going while most of the country sheltered-in-place.

It is truly a marvel of science that our scientific community was able to apply what had been a method used in cancer research to the development of a vaccine in the application of mRNA (messenger RNA). If there is a miracle among us this holiday season when we retell the story of how one night’s worth of oil was able to light a lamp for eight nights in the rededicated temple, it is how our scientists were able to develop a vaccine using a new technology in under a year. There will be more traditional vaccines coming next year, but in the meanwhile, we have a newly engineered method for delivering protection and it might prove to be the most effective approach.

There are many lessons learned from this pandemic and I am sure there will be volumes written on how we can do better in the future. We were too slow to respond as a society, we did not close our borders early enough, we were susceptible to a pandemic because we did not pay enough attention to climate change and the destruction of natural habitats, we did not have pandemic-ready plans for an outright national response, and we failed to grasp the enormity of what we were facing. But the overriding lesson from all this is to respect the science.

While we were simply stating that the pandemic would die out through magical thinking, a group of scientists – the angels among us – worked around the clock to develop and test a method for offering protection against the virus with a vaccine that triggers an immune response in our bodies. And what is exciting about the future use of mRNA is that it can potentially allow for the delivery of one vaccine to protect against multiple diseases.

Everyone has their own coronavirus story. Mine is that as a single person living in a one-bedroom apartment in New York City, I feel left behind. It feels as though a good portion of the city left to find better lives outside the city, as evidenced by the empty apartments in the building where I live. It was a terrible, isolating experience during the long months when New York was shut down and I was unable to visit with friends and family or to even take care of basic needs, like getting a haircut. And I fear the city is on the precipice of shutting down again with the virus positivity rate increasing after the Thanksgiving holiday. I struggle to understand why my family listened to the CDC and stayed home, while most of the country was on the move and traveled to be with family over the holiday.

If this past year has been a long journey through a very dark tunnel, there is light at the end, and I can see it, in the image of those trucks carrying the vaccine that are on their way to distribution sites. It might be a while before my turn comes up for a dose, but there is hope at last, that we can move on to live our lives without the fear of getting sick and dying hanging over us. It is as though we have all been through a near-death experience, but for the first time since last March, there is hope. There is indeed light during this festival of light.

Find my writing and poetry at Broken Tablets from Penny Cagan.