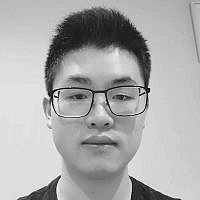 The Blogs
John Wu
Apply for a Blog
Advertisement
Please note that the posts on The Blogs are contributed by third parties. The opinions, facts and any media content in them are presented solely by the authors, and neither The Times of Israel nor its partners assume any responsibility for them. Please contact us in case of abuse. In case of abuse,
Report this post. 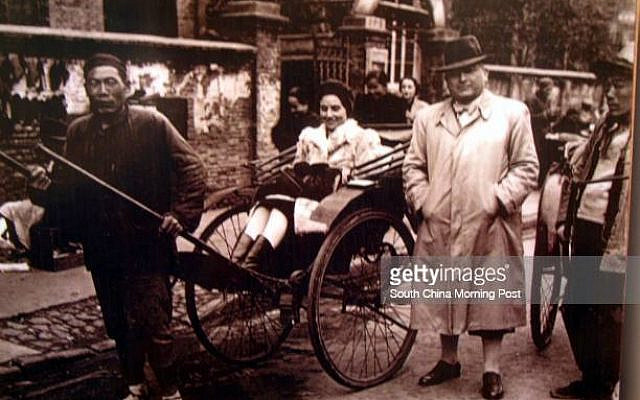 One day I browsed online and noted that the Illinois Holocaust Museum & Education Center was hosting a photo exhibition. The theme of the exhibition was SHANGHAI: SAFE HAVEN DURING THE HOLOCAUST. As an international student from Shanghai, I was moved and couldn’t help talking about the history of my hometown that shines with humanity.

In order to escape from the Nazis’ slaughter, a large number of Jewish refugees fled to Shanghai and overcame various difficulties to survive during World War II. The history took place in my home city, Shanghai, more precisely, in Hongkou District where my family lives. Due to this reason and my personal interest in history, I have been paying close attention to this history, and I was fortunate to have participated in some research and data translation on the issue by the Center for Jewish Studies Shanghai (CJSS).

Since Adolf Hitler took power in Germany in 1933. Nazi Germany had begun a 12-year persecution and massacre of Jews to physically destroy the entire Jewish nation until Germany’s defeat in 1945. Most of the Jewish refugees were kept away from entering other nations.

Shanghai was an international city with free access at the time. The Japanese, UK, United States and France all occupied parts of the city. Since no single country could fully control the city, Shanghai became the sole city in the world that people could freely enter without going through any formalities. This made it possible for many Jewish refugees to flee to Shanghai.

He Fengshan, who served as the Consul General of China in Vienna from 1938 to 1940, played a key role in the event. In Austria, there were over 180,000 Jews that were desperate to flee the Nazi-controlled country, and many of them were imprisoned in concentration camps. What awaited them is only carnage if they were unable to escape. They had to get visas issued by another country first in order to leave Austria legally. However, many countries were reluctant to grant Jews visas at the time, which led them to despair. Mr. He Fengshan stepped forward and issued many visas to China without hesitation, this brought them hope of life. As per incomplete statistics, Mr. He issued visas to China to about 4,000 Jews. What he had done caused discontent with the Nazi authority. They sought a pretext to confiscate the property of the Chinese consulate and wanted to coerce Mr. He to stop. Meanwhile, Mr. He soon rented another small house out of his own pocket and continued to issue life visas to Jews until his superiors transferred him out of Vienna under pressure.

According to the research of Professor Pan Guang from the Shanghai Academy of Social Sciences (SASS), approximately 30,000 Jewish refugees came to Shanghai from Europe on multiple routes from 1933 to 1941. It outnumbered the sum of Jewish refugees admitted by Canada, Australia, India, South Africa, and New Zealand. These refugees had little property left after a long voyage across oceans. Those who arrived early, as well as the successful Jewish entrepreneurs and international Jewish organizations in Shanghai, played a big part. They set up many refugee shelters to ensure their basic life. In Hongkou, where my family lives, there were three large refugee shelters, which were located on Huishan Road, Huade Road, and Pingliang Road at the time.

The Jewish refugees who settled in Shanghai showed their talents, especially in business management, and quickly broke new ground in their lives through hard work. Hongkou District, where Jewish refugees gathered, soon became a prosperous area. The Jewish refugees opened their own bars, factories, groceries, barber shops, schools, hospitals, etc., as well as their own theaters, churches, and newspapers. More than 500 Jewish shops are crowded on three streets that were gradually referred to as “Little Vienna” by locals.

The peace-loving and Jewish-friendly Shanghai residents offered hands once again at that dire moment. They helped Jewish refugees in the isolated area in different ways, by providing them with food, medicine, and other assistance. Lots of Shanghai residents spontaneously threw food outside the isolation area through the fence, in order to ease the suffering of Jewish refugees. The situation continued until the Japanese surrendered at the end of World War II and they regained their freedom.

The history of Jewish refugees in Shanghai during World War II left a glorious mark in the history of Jewish society and international humanitarianism and was deeply remembered by later generations. The United Nations and many international organizations have specially organized photo exhibitions and various commemorations for this purpose. Many Jewish refugees and their descendants come back to Shanghai to look for memories, including Mr. W. Michael Blumenthal, the former U.S. Secretary of the Treasury. He was a pupil when he fled to Shanghai, and the experience made him unforgettable for the rest of his life, so he also http://gty.im/1126654819 described himself as a “Shanghai boy”. After retirement, Mr. Blumenthal devoted himself to studying the history of German Jews and published the monograph “The Invisible Wall: Germans and Jews”, which explored the reasons for the persecution of Jews by Nazis during World War II from a historical perspective. He also served as curator of the Jewish Museum Berlin. He returned to Shanghai for the eighth time in February 2015. At Shanghai Jewish Refugees Museum, which is located at No. 62, Changyang Road in Hongkou, the 89-year-old man searched for familiar figures in the photos in the exhibition hall. He found the names of himself and his parents on the Wall of Names, he gently stroked with tears in his eyes, and his face full of vicissitudes of life was particularly quiet in the sunshine as if he had returned to his childhood years living with his parents in Shanghai.