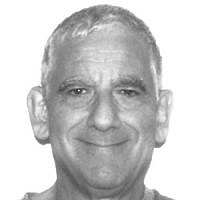 The Blogs
Barry Eisler
Apply for a Blog
Please note that the posts on The Blogs are contributed by third parties. The opinions, facts and any media content in them are presented solely by the authors, and neither The Times of Israel nor its partners assume any responsibility for them. Please contact us in case of abuse. In case of abuse,
Report this post.

I was born a Jew. I went to Hebrew school. I had a bar mitzvah. I was married in a synagogue by a rabbi. My wife and I were both brought up in a culture of loving Jewish style food. We love bagels and lox. Herring and kippers. Blintzes and potato latkes. However, although we maintain our Jewish identity, we never felt a spiritual connection to Judaism. Being a Jew was not an important part of our lives. We only went to synagogues to attend weddings or bar mitzvahs. We realized early on that we are secular Jews.

My wife and I recently moved to a senior retirement community in Arizona after many years living in South Florida. Leaving friends was hard, but we knew making new friends at our age and in a new city would be difficult. Fortunately, there are many clubs in this community of around 8000 people including a Jewish one, The Shalom Club. Out of necessity and for the sake of our sanity, we would be Jews again. We joined the club.

Being a secular Jew does not override the feeling of camaraderie with fellow Jews. We share a commonality of history and discrimination. I know that other ethnic groups share similar feelings with each other. There’s a comfort level of acceptance being with other Jews whether it’s discussing politics, telling stories and jokes or just being in other Jewish homes. We partake in the Shalom Club festivities on holidays, but without any feelings of religious meaning to the events. We now have friends again to play golf, go out to dinner, and play mah-jongg. It’s now just like being back in Florida, but out of necessity.

About the Author
I graduated from the University of Florida with a degree in Journalism and Communication. Retired Registered Respiratory Therapist. I have written editorials in newspapers. I published several short stories in Miami-Dade County Health Departments “Healthy Stories”.
Related Topics
Related Posts
Comments