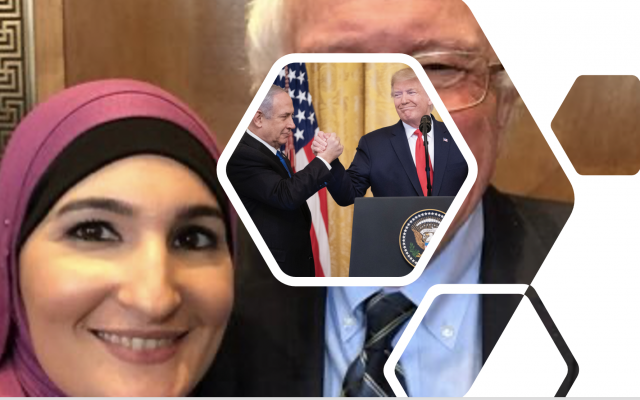 In nine months, we will go to the polls again to elect the next President of the United States.  Right now, it’s looking like it will be Donald J. Trump versus Bernie Sanders.

What is the scorecard of these two men when it comes to the State of Israel⁠—the Jewish homeland that we have returned to after 2,000 years of exile, persecution, and deep yearning, and where the majority of the world’s Jewish people currently reside?

✅Trump:  Moved the U.S. embassy to Jerusalem in fulfillment of the Jerusalem Embassy Act of 1995, and says that Jerusalem will be Israel’s “undivided capital” under the Middle East Peace Plan that was developed over the last three years.

✘ Sanders:  Would weigh moving back the U.S. Embassy from Jerusalem to Tel Aviv and would re-divide Jerusalem back into west and east like before 1967 when there was incessant fighting across the demarcation line.

✅Trump: Formally recognized Israel’s 1981 annexation of the Golan Heights and supports the annexation of the Jordan River Valley and West Bank Jewish Settlements, areas that Israel conquered in the 1967 War against multiple invading Arab countries and areas that are strategically vital to Israel’s security.

✘ Sanders: Seeks to end “The Occupation” and create again a “two-state solution” that would presumably turn back Israel to the dangerous 1967 borders that left Israel’s heartland indefensible at a mere nine miles wide and had previously led to numerous Middle East wars that threatened worldwide security.

✅Trump: Has continued the Obama-era aid package of $3.3 billion in military assistance and $.5 billion in missile defense aid to Israel, while cutting $200 million in aid the Palestinians in Gaza and the West Bank due to their support for terrorism.

✘ Sanders: Threatens to “leverage” the aid to Israel to force policy change in the democratic state. Further, he wants to give some of the aid that goes to Israel to the Gaza Strip, which is led by the terrorist organization, Hamas, that incessantly has attacked Israel with rockets, incendiary balloons, terror tunnels, and more.

✅Trump: Condemns anti-Semitism and signs an Executive Order to combat anti-Semitism and BDS on campuses using civil rights protections that includes Judaism as a nationality. Additionally, Trump has referred to the Prime Minister of Israel, Benjamin Netanyahu, as “a winner” and “highly respected,” and has endorsed the policies of the American Israel Public Affairs Committee’s (AIPAC).

✘ Sanders: Voted against a bill that would have encouraged state and local governments to adopt anti-BDS legislation. Further, Sanders aligns himself with anti-Semites and Israel-haters, calls Benjamin Netanyahu, a “reactionary racist”, and refuses to even speak at AIPAC, calling them a platform for “bigotry.”

✅Trump: Pulled the U.S. from the multinational nuclear deal with Iran that would have permitted them to eventually get the bomb and also to continue to pursue the missile technology to deliver it.  Additionally, he has enforced ever-tighter sanctions to contain Iran’s dangerous pursuit of weapons of mass destruction.

✘ Sanders: Backed the Iran nuclear deal, supports removing sanctions from Iran, and does not want to engage in a potential military conflict with Iran even as they continue their dangerous expansion of radicalism and terrorism across the Middle East.

✅Trump:  Trump is an ardent capitalist who has reduced taxes and regulations and has led us through an impressive economic and market expansion and has worked to protect our borders against illegal immigration.

✘ Sanders: Sanders is a “Social Democrat” who praises communist tyrants and supports new and expensive social entitlements like Medicare-for-all and the cancellation of $1.6 trillion in student debt. Further, he supports the elimination of criminal penalties for illegal entry to this country.

In the end, no candidate is perfect, and each has their own critical flaws. However, you, as the voters will need to tally the score for yourselves and decide who will be President in 2020 and what that means for this country as well as for the Jewish people and the State of Israel.