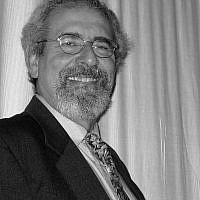 The Blogs
Tzvi Marx
Apply for a Blog
Please note that the posts on The Blogs are contributed by third parties. The opinions, facts and any media content in them are presented solely by the authors, and neither The Times of Israel nor its partners assume any responsibility for them. Please contact us in case of abuse. In case of abuse,
Report this post. 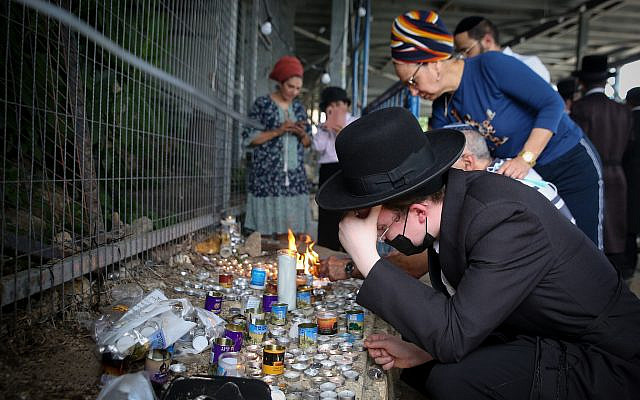 Orthodox Jewish visit the site where a few days ago 45 Israelis were killed in a stampede, at a mass event during a Lag b'Omer event, in Meron, Northern Israel, on May 3, 2021. Photo by David Cohen/Flash90

The COVID crisis in Israel has been overshadowed by even greater crises: the catastrophe in Meron that led to more than 45 casualties and 150 wounded, many serious; and the war indiscriminately launched by Hamas, with thousands of rockets and missiles against Israeli cities and settlements.

Some people complain that the Orthodox establishment has not commented critically about these events. So I feel driven to share my opinion, as an Orthodox rabbi about these two horrifying developments.

As of this writing and after much quibbling, some of it to avoid finding specific parties responsible, the government has finally decided to appoint a parliamentary commission to investigate the Meron tragedy. In my opinion, three institutions should be held responsible for the loss of life at Meron: the organizers (the Toldot Aaron Yeshiva), the police headed by the Minister of Public Security MK Amir Ohana, and the government headed by Prime Minister Benjamin Netanyahu. Each of these three bear responsibility for the victims by their negligence. Each failed to use their authority to regulate the safety of this event.

Firstly, the yeshiva organizers, and anti-Zionist institution: misguided by their misreading of a Talmudic dictum- “those who carry out religious duties (mitzvot) are never at risk” – sheluchei mitzvot einan nizakin– (Talmud Pesachim 8a, Yoma 11a, Kiddushin 39b, Hullin 142a), neglected to implement the most elementary safety measures attending an event where at least 100,00 people were anticipated. They had a year in advance to plan for this and ignored the advice that had been frequently, years before, been recommended by different safety agencies regarding the number of exits, eight at least. Instead there was unfortunately only one. The Talmud makes clear that this dictum cited above is not meant to insure safety, even for those engaged in a mitzva, where the danger is obvious (heicha deschachiach hezeika, Pesachim 8a). But is only meant to reassure the festival pilgrims (olei regel) not to fear to leave their homes unprotected while they are en route to Jerusalem.

The Torah and the Talmud teach us that safety, and the protection of life has the highest priority, even over other religious obligations. Deuteronomy 4,9; 4,15 emphasize the need to take good care of our lives. Leviticus 19,16 emphasizes the need to care for others who are at risk. The Talmud (Yoma 65b) teaches that life saving has priority over all the mitzvot. The rabbis and their disciples of the yeshivot know these texts, having learned them innumerable times in the beit midrash. How could these rabbinic principles have been so grossly ignored? How could the deepest principles of caring for people not have been integrated in the most elementary way into the intuitions of the caretakes of the people? Clearly there is a failure in religious education that must be addressed. But for now, responsibility must be taken by those whose negligence has cost so many lives and created so much suffering.

Secondly, the Minister of Public Safety says: I’m responsible for Meron but that “doesn’t mean blame” (reported in Times of Israel 1-5-21). What does that mean, not to have blame, when you are responsible? This is Orwellian double talk. The ministers in Israel (as in the Netherlands) are not secretaries of the prime minister (unlike the case in the US where the ministers are the long arm of the president and are directly responsible to him). They are each individually empowered by virtue of a cabinet agreement and have full responsibility for the activities or the neglect of such of their ministries. Instead of having set the police in place for proper crowd management, he followed the faulty leadership of the government in not wanting to slight the religious parties so as not to undermine their support of the coalition.

I have myself attended Meron festivities twice in the past and have seen how the police are able to block roads, redirect traffic etc. So why could they not set up the proper crowd management regulations to ensure a safe experience for all who were to come. A Channel 11 news report said that the police were blaming the Ministry of Religious Affairs’ safety engineer who approved security arrangements for the festivities. Anything but self-blame is the game that is being played here. Only one police official, Northern District Commander Shimon Lavi, who oversaw the security arrangements for the festivities said that he was accountable for the disaster, although he is not planning to resign (Times of Israel1-5-21).

Thirdly, the government, headed by the prime minister for its failure to oversee the proper regulation of this mass event, yielded to its need for coalition support from the religious parties and thereby did not insist on safety first at this event. Arye Deri, head of the ultra-Orthodox Shas party, Minister of the Development of the Negev and Galilee, pressured the government not to limit the number of persons to the event. He sent this request to the Public Security Minister Amir Ohana. The Health Ministry would have limited the event to 9000 people, but this was ignored. Health officials were concerned about COVID transmission.

The War and Disproportionality

Taking note of the war in Gaza after the ceasefire, there have been, aside from massive property damage, more than 250 Palestinian casualties and 12 casualties in Israel. The cause of this eruption of violence is laid by the Arabs at the door of Israel for its having challenged the ownership of four houses in East Jerusalem. Israelis claim that these were in fact illegally seized in its earlier history from Jewish owners. The case has been appealed to the court in Israel and is under advisement. One way or the other a decision will be made by the juridical authority. In the meantime, claiming this as the incitement to the Palestinian (Hamas) reaction, the launching of 4,350 rockets and missiles against Israel from Gaza aiming randomly at cities, Tel Aviv, Jerusalem, Acre, Ashkelon, at the airport and more.

I read Trouw (an important Dutch daily newspaper) and see the Dutch news channel NOS 1 every day but have not yet heard one journalist comment critically on the disproportionate reaction on the part of Hamas to their indignance at what they deem to be an unjustified seizure of the Palestinian houses. Assuming that the claim is well-grounded, is this kind of violent warlike reaction justifiable? In previous violent encounters between Hamas and Israel, Israel was quickly accused of disproportionate response. What democratic country would tolerate such violence into its borders without immediate response?

Humanitarian Tendencies by Israel and Hamas

One more point that needs emphasis: even Al Jazira reported that Israel warned high riser houses that were to be bombed, earmarked because of their housing Hamas headquarters, to evacuate its residence before such action. Hamas has never warned any of its targets in Israel beforehand. That must say something about the “humanitarian” differences between the two parties to this “war”.

President Biden has quietly, if firmly, supported Israel’s right to defend its citizens against rockets, but irrespective of this endorsement, it is implicit in the universal declaration of human rights that any nation has the responsibility to defend its citizens against such dangers. And it is intuitively justified that “if someone comes to kill you, you have the right to kill him preventively” (Also a Talmudic teaching, Sanhedrin 72a).

While the US Secretary of State Antony Blinken is visiting the region and trying to square the circle on how to help rebuild Gaza without doing it through Hamas (that the US deems a terrorist organization), Israel is foundering in its seemingly futile attempt to form a government.

It is in this unsettling time that I write these comments with a great sadness filling me, when I think of the other kind of reality that is humanly possible. A reality where religious people do not ritualize ethics but set them as the basis for all else. “If there is not ethics, there is no Torah- Im ein derech eretz, ein Torah” is a rabbinic dictum that every yeshiva school child learns. So no radical reinterpretation is needed, Just simple common sense. No deep mysticism, no complicated theology. Just ordinary decency which is the precondition for any religious advance. A reality where compromise would to be held as a positive value among Muslim theology as it is within Jewish theology. Where compromise is not seen as a weakness but as a strength. Ishmael and Isaac were reconciled, Esau and Jacob embraced in brotherhood, Abraham made a peace treaty with Avimelech despite earlier disputes. We need only read the extant biblical narratives for alternatives to the present deadlock.

About the Author
Rabbi Dr. Tzvi Marx is an independent orthodox rabbi-educator, graduate of Yeshiva University, living in Holland who has lectured in various universities and colleges there. He formerly served as rabbi in the US, as researcher-educator in Israel and as director of a Talmud institute in the Netherlands.
Related Topics
Related Posts
Comments