This week, we commemorate International Holocaust Memorial Day. January 27 marks the anniversary of the liberation of Auschwitz-Birkenau, the largest Nazi death camp. Every year on that day International Holocaust Memorial Day takes place.  Three years ago on the March of the Living (MOL) I had a fascinating conversation with Salaam,  a young teenage Muslim refugee from Afghanistan, who was attending a Catholic school in Austria and her teacher at the site of Auschwitz Birkenau in Poland. The school was participating in the March to learn the lessons of where hate can lead.

Salaam told me that her family fled Afghanistan because her parents wanted their girls to have an education and the ability to be in charge of their own destinies.  She was deeply grateful for the Austrian government for taking them in and granting them refugee status.  She told me that she never heard about the Holocaust in Afghanistan and despite having learned about it at her school in Austria, the sheer scale of the slaughter and the capacity of humankind for evil had left her numbed. 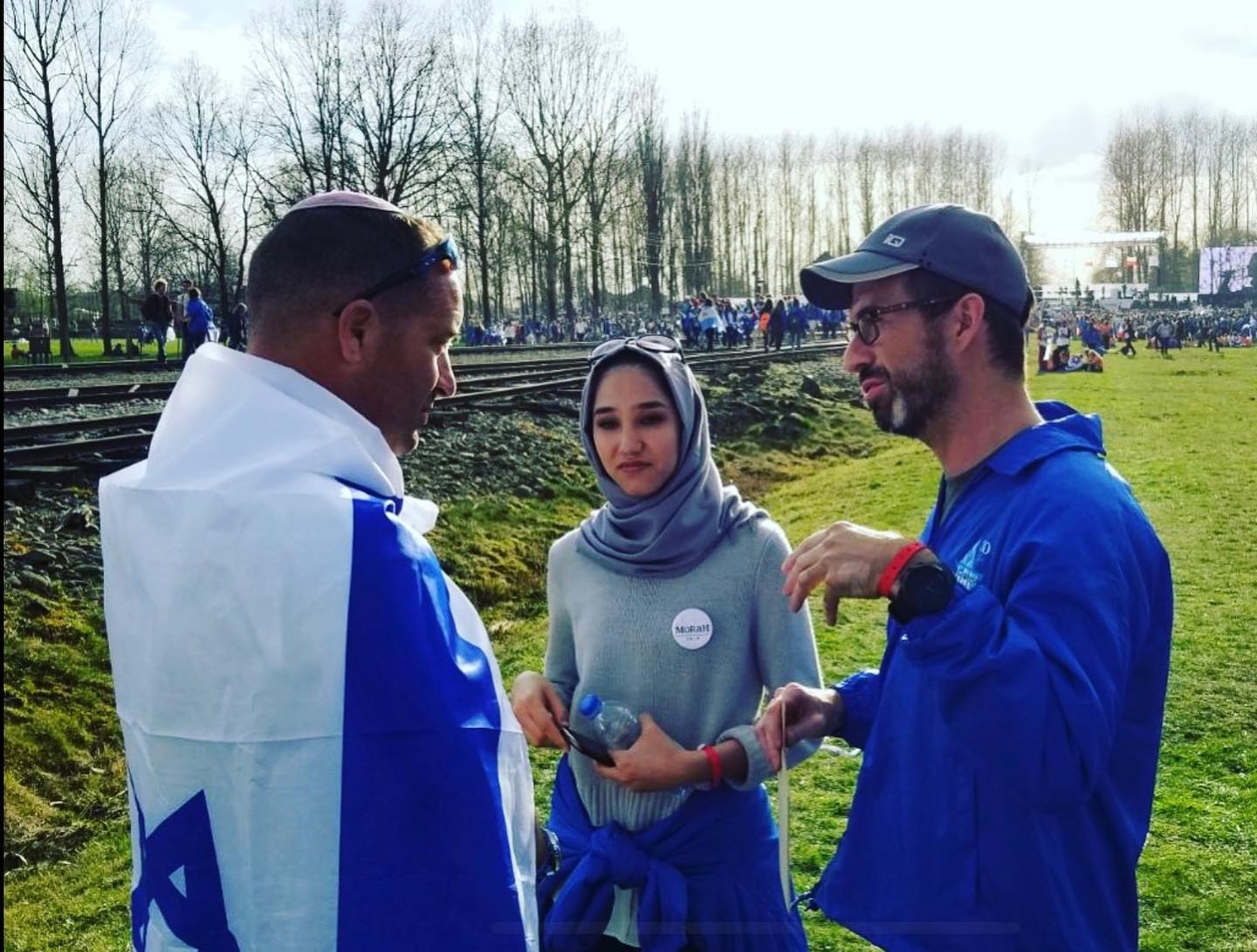 Tuvia talking with a Muslim student and her Catholic teacher from an Austrian high school at Auschwitz Birkenau. Photo (c) T. Book, 2023

Every year thousands of primarily Jewish youth and adults from all over the world gather in Poland to participate in the March of the Living followed by a week in Israel to celebrate our rebirth in our homeland. I am honoured to be one of the educational guides of this prestigious and important program. Abraham Hirchson, one of the founders of MOL, eloquently justified the necessity of such an event for young people in the following way,

My Jewish teen MOL group also met Theresa in the “Lomdei Mishnayot” study-house in Oświęcim/Auschwitz. Theresa is an 18-year-old Catholic German volunteer at the Jewish Centre in Oświęcim. I asked her why she was taking her gap year here of all places. She replied that it was her way of making atonement for the sins of her grandparent’s generation. She added she wanted to do her part in making sure people realised that there was a third generation of German youth that want to stress our common shared humanity and bring the light of healing into this world. 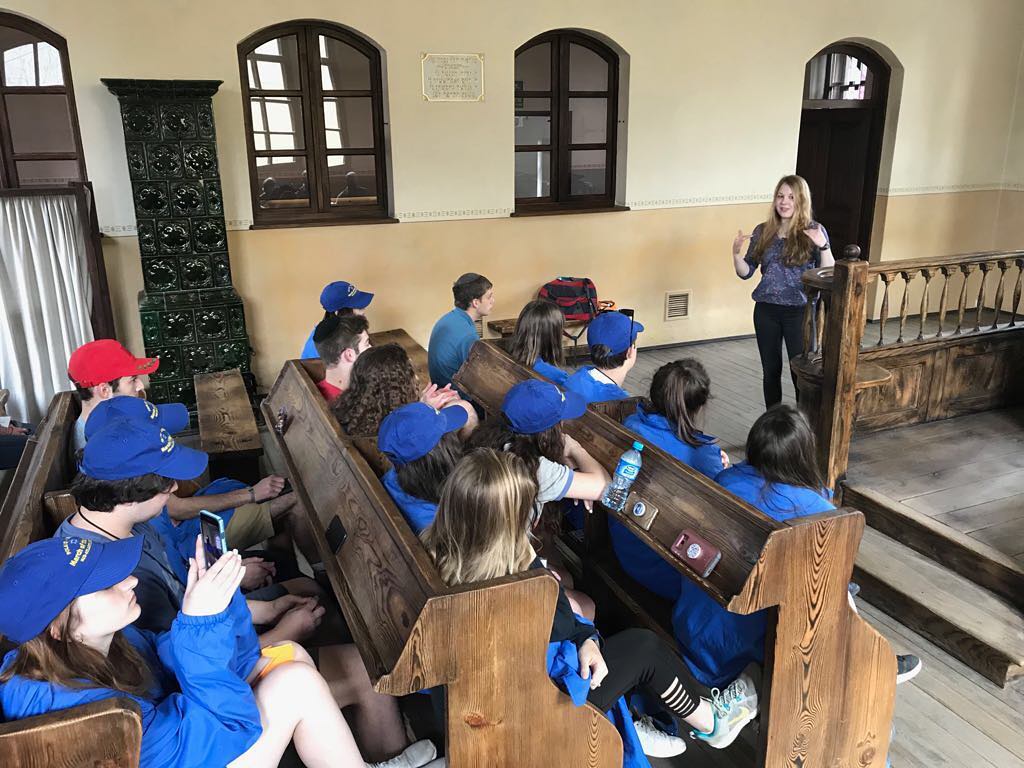 The image of standing on the site of the largest Jewish cemetery in the world, where the soil is still coloured grey from the ash of over one million Jews, with my kippah on, in conversation with the hijab-wearing Salaam, and her Austrian Catholic teacher reminds us  that we must remember what have in common and not forget that we are all made in God’s image.

Dr. Tuvia Book is the author of “For the Sake of Zion, A Curriculum of Israel Education” (Koren, 2017) and “Jewish Journeys, The Second Temple Period to the Bar Kokhba Revolt, 536 BCE-136 CE.” (Koren:2021).  He is currently completing the follow-up book in the Jewish history series for Koren about the First Temple Period.