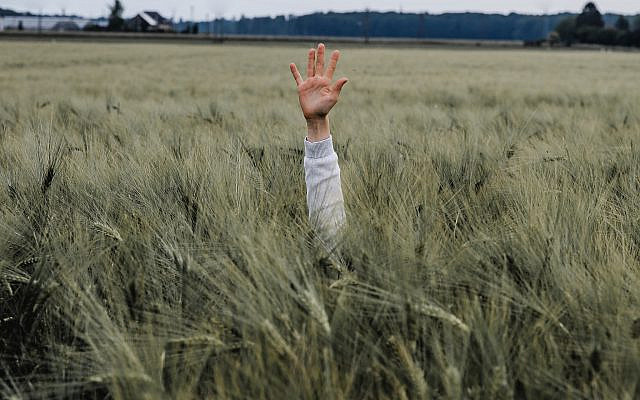 Photo by Jonny Caspari on Unsplash

One year after the fledgling nation of Israel had been liberated from Egypt, they stood on the threshold of the Promised Land. They had received the Torah on Mount Sinai, and God now instructed them to enter the land of Canaan. But they were reluctant to leave the desert. They sent spies to assess the land, and when the spies returned, they advised the nation to remain in the desert, warning that “eretz ocheles yoshveha/the land consumes its inhabitants” (Bamidbar 13:32).

On the simple level, their implication was that it was a treacherous land which was inhabited by fearful giants who would destroy them. On a deeper level, the chassidic masters explain that it was not their physical well-being that concerned the spies, but rather their spiritual welfare. In the desert, they were fed by manna that fell from the heavens, and they drank from a well that miraculously followed them as they traveled. Their clothes grew on their bodies and they were cleansed by the clouds of glory. They were not encumbered with physical pursuits or bodily needs. Upon entering the land, however, these miracles would cease, and they would be required to work the ground and provide for their daily needs. This material involvement with the land would “consume” them, and they would be unable to devote themselves fully to the meditation and study of Torah which enabled them to maintain their closeness to God in the desert.

While the spies are characterized, in the surface reading of the story, as villains who lacked faith in God’s ability to take them into the land that He promised them, the Chassidic masters recognize their deeper motives and demonstrate that their concerns were valid. Our physical trappings and our material engagements do indeed distract us from our essence and our purpose. Toil in the earth – and by extension, all forms of labor that one performs in order to make a living – is in fact exhausting and, in many ways, soul-deadening. It is not uncommon for people to become so preoccupied with earning a livelihood that they have (or make) no time to focus on God and His teachings.

Through leaving the desert, one may come to settle and dwell in a habitable land with security, comfort, and even luxury, yet still s/he must toil in the fields of livelihood and communal responsibility. Though we may no longer be enslaved to Egyptian taskmasters, we become indentured to our professions and preoccupied with our status and our possessions. We forget why we are working and to Whom we are ultimately employed. It is not simply grain that we were sent into the land to implant and grow, but it is rather faith and knowledge of God that is our true crop. But it is not long before we are engulfed by the land and by our labor, and the clarity and unity that we had glimpsed in the Sinai desert is lost and forgotten.

We thus see through our own experience that the spies were justified in their concern. The land does indeed “consume its inhabitants.” However, what the spies did not understand is that this was precisely God’s desire and design. We become consumed by the land not because we are at fault, and not against God’s will, but rather because it is only by implanting ourselves completely in the earth that we can decompose, sprout, and grow. Like a seed, we must first be broken down in the soil in order to reveal the essence of life and growth that is contained within us and within the land itself.

We enter Canaan in order to cultivate the earth. We become farmers and builders. We sow the soil, implanting ourselves in our environment and disseminating the Godly wisdom that we were granted in the desert. We rid the land of idolatry, we purify the atmosphere, we plant vineyards and orchards. We bear God’s light into the places of darkness and thereby make them shine.

The spies were right that this would not be easy, and indeed it has not been easy. But the error of the spies, according to the Chassidic masters, was not that they lacked faith in God’s ability to overpower the idol-worshiping inhabitants of Canaan. Rather it was their lack of faith in our ability, with God’s help, to remain holy even in an unholy environment.

God did not intend for us to inhabit the desert. He did not create us so that we would live a sequestered and miraculous existence, removed from the challenges of the world. On the contrary, He wants us to enter the land in spite of its tendency to consume us. There, within the strivings and struggles of daily existence, He wants us to make Him apparent through our actions.

If God resides only in the rarefied and supernatural realms, then He is not infinite at all. It is our task to reveal Him even in the most mundane depths where He is least obvious and accessible. When we overcome our fear and “plow” headlong into the darkness in order to fulfill our divine mission without concern for our own self-interest, we expose the Godliness buried within us and thereby attest to the essential truth that He is at the core of every aspect of His creation.