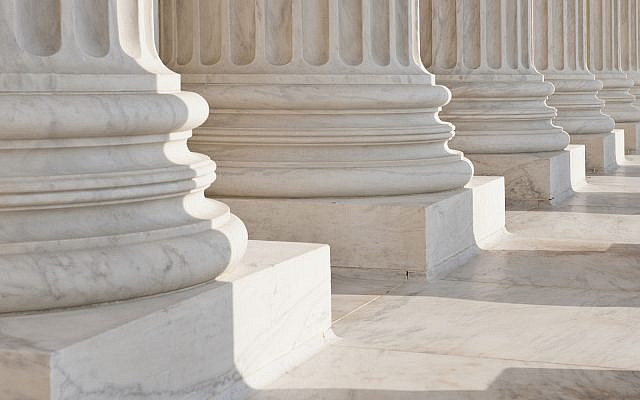 Last Thursday, the US Supreme Court in Tanzin v. Tanvir unanimously held for the first time that a victim of religious oppression may sue federal officials for damages in individual capacities. The Court upheld a ruling of the US Court of Appeals for the Second Circuit in New York that the Religious Freedom Restoration Act allows such suits.

For almost 50 years, conservative majorities on the Supreme Court have rarely, if ever, allowed private citizens to seek compensation for constitutional violations.  In that regard, Tanzin ranks as a historic ruling. In practice, however, little will change.  Most problems result from encounters with state or local officials.  The Court still adheres to its precedent that the Religious Freedom Restoration Act applies only to the federal government. Most important, the Court has shielded federal officers from accountability for egregious conduct that the ordinary law of damages penalizes. This summer, even in the wake of protests against police brutality, the Court refused to reconsider the Doctrine of Qualified Immunity, the safe harbor preventing damages.

The Religious Freedom Restoration Act prohibits the federal government from imposing “undue burden[s]“ on religious practices. (In 1997, the Supreme Court ruled that the law did not apply to states and localities. Previously, the Act included all levels of government.) A victim of a violation may sue to obtain “appropriate remedies.” Here, Muslims sued agents of the Federal Bureau of Investigation for damages on claims that the agents had placed them on the “no-fly” list as retaliation for refusing to spy on fellow Muslims. Over the dissents of three judges, the full Court of Appeals allowed the suit to proceed, as had a three-judge panel.  Though the Supreme Court strongly disfavors damage suits like this one, the Court does allow them if Congress specifically authorizes these actions.

The Act does not explicitly mention damage suits against individual agents. However, the law does provide for suits against “persons” and the phrase “appropriate” remedies includes monetary compensation. The Congressional report explaining the law pointed to the problem of forced autopsies of Jews, something that an injunction cannot cure after-the-fact, as requiring a remedy in damages.  The dissenters in the Court of Appeals argued that this line of reasoning did not meet the burden the Supreme Court requires.

The Supreme Court agreed with the majority in the Second Circuit.  In theory, the case strikes a strong blow for religious minorities, including Jews.  The Court did not require explicit language, inferred authorization suffices to allow damage suits.

However, the practical effect does not rise to expectations.  Jews can sue over forced attendance and exams on Chagim and Shabbat.  Jews can sue over denial of access to kosher food or minyanim in prisons.  However, most encounters in schools, hospitals and prisons involve local or state officials.  Veterans hospitals and federal prisons do fall within the ruling, as do airports.  Jews could file against the Transportation Security Administration officers at airports if they insist on dismantling tefillin when an x-ray shows nothing lethal inside.

A bigger roadblock results from a footnote in the Supreme Court case and the decision in the Court of Appeals sent the case back to the trial court. The issue: whether the Doctrine of Implied Immunity for government officials lets the agents off.  The Supreme Court invented the doctrine in Harlow v. Fitzgerald. A whistleblower sued two senior aides to the president for firing him in retaliation for disclosing corruption.

The Supreme Court acknowledged that, ordinarily, a defendant must pay damages if a reasonable person knew or should have known of the wrongdoing. However, when it comes to government officers, the Court requires violations of “clear and established constitutional rights.”  Over the years, the Court expanded immunity by defining “clear and established” as a court decision specifically finding the act in question unconstitutional.

A district court in Mississippi listed the many egregious violations for which the courts have granted immunity, though in any other context, damages would have ensued, including a police officer who shot a child while the officer was attempting to shoot the family dog; and police officers who stole over $225,000 worth of property

Despite the increasing sensitivity in the US to charges of police misconduct, the Supreme Court just six months ago refused to reconsider broad immunity for public officials.  This does not bode well for plaintiffs in cases of religious deprivation.