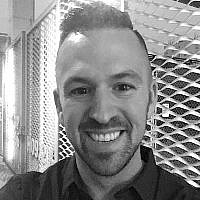 The Blogs
Nathan Weiner
Apply for a Blog
Please note that the posts on The Blogs are contributed by third parties. The opinions, facts and any media content in them are presented solely by the authors, and neither The Times of Israel nor its partners assume any responsibility for them. Please contact us in case of abuse. In case of abuse,
Report this post.

When Neo-Nazis and white supremacists were descending upon the beautiful town of Charlottesville, VA, the Jewish community in town quickly came together to support one another, to be together in prayer, and to take a stand against hate. The Jewish community of Charlottesville is centered around its synagogue, Congregation Beth Israel. Its spokespeople are the synagogue’s members, board, and clergy. CBI was the voice of Jewish Charlottesville during this ordeal, and we could all learn from them in many ways, but for me, one in particular stands out. CBI is a strong synagogue, and strong synagogues are the foundation of strong Jewish communities. Synagogues are vital to a vibrant Judaism in America, and vibrant synagogues are vibrant because of their members. It starts with YOU. Allow me to explain:

Yes, Jews can gather in smaller groups without a building or a rabbi for a period of time and be a Jewish community. Yes, there are other ways for Jews to form community in New York and in other big cities. The fact remains that for the vast majority of us, if we want a Jewish community with size and scope to stand up and be a voice for the Jewish community, then we need synagogues.

To further clarify my point, a story: This week, in the middle of the night, an unaffiliated Jew from my local community called my congregation’s emergency line. This line forwards to my cell phone 24/7. I answered it and was asked by a hospice nurse to visit the bedside of a dying woman who wanted to speak with a rabbi in private. I went first thing the next morning, and it was an honor to sit with her. I ended up performing her funeral a few days later, and was able to shepherd this family through a difficult time. The ugly truth from this beautiful experience is that if my congregation did not have committed members who make contributions, both free-will and dues, I would not be able to function in this way for this non-member. This family benefitted from the commitment and generosity of synagogue members.

And this: a congregant called me last week to let me know that his father had just passed away. He told me that his father’s funeral will be taking place in the town he grew up in, a town that is a couple hundred miles away. This town used to have a synagogue. Given that there is no longer a synagogue in town, I offered to help his family find a rabbi to officiate the funeral. Nowhere within 75 miles was there a rabbi to be found. None of the synagogues have been able to maintain themselves. Donations to the local campus Hillel are down as well, such that the Hillel can no longer support a rabbi either. My congregant performed his father’s funeral himself, with my assistance in advance. He could do it, but he would have preferred to have a rabbinic presence. No synagogue members means no synagogue in town, and as stated above, this means no voice, support, pastoral care, or life-cycle officiation for the Jews in town.

Imagine if, rather than Charlottesville, the neo-Nazis had come to the town where my congregant performed his father’s funeral. The Jews would have had no place to gather, nobody organized to speak on their behalf, and nobody deputized to build coalitions with neighbors. If you do not support the synagogue until you have a transactional need, you takes for granted that others will be there to do it for you. The privilege of relying on others to do it for you is decreasing by the day, as synagogues struggle to keep the lights on.

You don’t need to be “religious” to join a synagogue. You are a critical part of the Jewish people, “religious” or not. Find a synagogue that is close to you ideologically and/or geographically (ideally both), and join it. Then, go to it. The synagogue of today is not necessarily the stale synagogue you grew up in, either. Don’t be embarrassed if you are a Jewish adult without a knowledge base that goes deeper than the bad Hebrew school education you got until seventh grade. Don’t be afraid to raise questions or concerns about God; there is no litmus test of faith. Our job in the organized community is to bring you into deeper community, into deeper knowledge, encourage your curiosity, and help bring you into a deeper appreciation of the Divine blessings in the world around you. We will do that if you give us a fair shake. If we don’t do that, lovingly hold us accountable.

Don’t take it for granted that someone else will ensure a Jewish community for you; stand up and do your part. If you can’t afford dues, come anyway. Give what you can when you can. The ability for synagogues to sustain themselves is diminishing, yet the sacred work of synagogues remain. Synagogues create strong Jewish communities rooted in a shared history and shared values. To this rabbi, this work feels more important than ever. Will you do your part?

About the Author
Rabbi Nathan Weiner is the Rabbi of Congregation Beth Tikvah in Marlton, NJ. He is a 2016 graduate of the Reconstructionist Rabbinical College.
Related Topics
Related Posts
Comments