I have been thinking about you a lot lately over the past few days, (even while I am still saying Kaddish for Daddy.)

It began on Wednesday, when I bought myself a pair of sandals. I thought, “Mummy would like these.” I haven’t been wearing open sandals for a few years. Somehow, putting them on brought back memories of how much you liked Israeli sandals. You used to purchase a pair on almost every visit. When you finally fulfilled your dream of moving here, you didn’t need another pair! 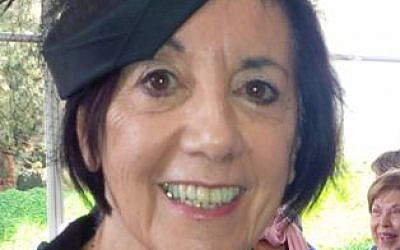 Then, on Thursday night, a friend whom I have not seen during the Corona period told me how she had lost her father at about the same time as Daddy died — and then she lost her mother three weeks later. It made us feel very close, to realize that we are both now orphans, struggling with a recent loss. I didn’t say to her that sense of loss does not lessen — that the waves of memories and yearnings to share something come unexpectedly and strongly even three years later.

My friend consoled herself by sharing a photo of her first grandchild. I shared my own photo of your latest great-granddaughter. You have missed two so far and another baby is on the way. I am sorry they won’t know you but we will tell them about Savta the Great, whose legacy lives on.

Despite the new babies who will never know you, you would not be sorry to have missed this last year. The thought of you having to wear a mask makes me both shudder and smile. Like me, you suffered from allergies and constantly had a runny nose. How difficult it would have been for you! But we might have laughed about it together: the two of us constantly raising our masks to dab our noses. That is not the worst part, though, as I am sure you know. You would have been very angry: angry at those who ignored the health warnings and angry at politicians around the world for not handling the crisis better.

But you would be pleased that your feminist energies are being spread. Lindy (Melinda) — your third daughter and my little sister — founded the Kiverstein Institute in your memory. We are working to support and strengthen the feminist arena in Jerusalem and making a small but significant mark. Even though our work is more about activism than funding, we did support a project during Corona, “Baasher Telchi”, to assist Haredi divorced women move into the work-force as soon as possible. And we just completed filming a conversation between Israeli and Palestinian women on UN Resolution 1325 which will be made into a short documentary to be shown at a UN forum.

I know you were less optimistic than I am about the chances for peace but I know that you were indignant when women’s voices were not heard. We are going to at least make some inroads into amplifying women’s perspectives on peace and security. We are also conducting a campaign to have more women elected onto communal administrations in this city and I know you would approve of that!

Your Zionist passion made you so proud of Israel’s achievements. (You secretly wished that the state had chosen English rather than Hebrew as its official language because you had so much trouble learning the spoken language later in life. You didn’t make much progress and for an intelligent woman like yourself, it was frustrating. But, like me, you marveled at the revival of the language and were so proud of your children, grandchildren and great-grandchildren who DID manage to speak Hebrew.) While for me, the revival of the language is one of the greatest miracles of Israel, for you, every building, every road, every technological innovation, every human achievement was a miracle. You marveled at how much changed for the Jewish people in your lifetime and the creation and building of the State was the peak of all that had transpired.

You told me towards the end of your life that coming to Israel was one of the highlights of your life and the undertaking worth every bit of the struggle. Knowing how much you loved this country, I also know that the events of last Thursday night would make you cry with grief and frustration.

You taught me a long time ago that a Jew should believe in miracles but not expect them. You told me that G-d helps those who help themselves. The miracle of Israel for you was the human transformation – that we had rebuilt ourselves and built a country. We did not expect Divine intervention so we made our own miracles.

You and I usually didn’t agree about religion. If others criticized, you defended Judaism for its values and contribution to civilization, and how it provided ethical guidance and meaningful priorities, but you were not so keen on attending the synagogue and thought that some of the rituals that are significant to me were frivolous. You certainly did not accept the discrimination against women with which I struggle, too. I think it is fair to say that you were a bit of a skeptic who was slightly perplexed and just a little pleased that most of your children had faith.

I missed you this past week. Funny how a new pair of sandals can awaken a deep longing to share everything, from joy to sadness.

With all my love.