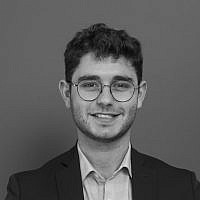 The Blogs
Daniel Ganopolsky
Apply for a Blog
Advertisement
Please note that the posts on The Blogs are contributed by third parties. The opinions, facts and any media content in them are presented solely by the authors, and neither The Times of Israel nor its partners assume any responsibility for them. Please contact us in case of abuse. In case of abuse,
Report this post. 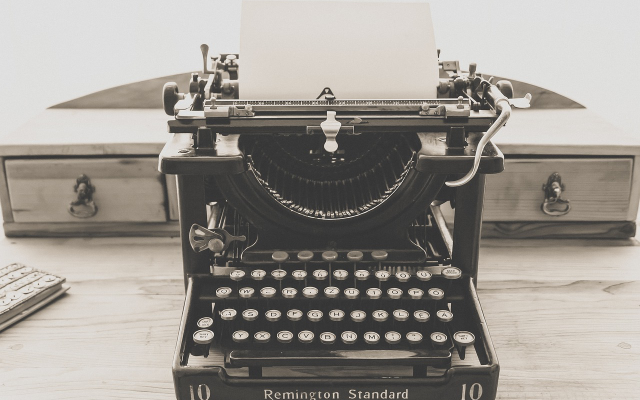 Letter to the President:

Before the start of the school year, Yeshiva University President Rabbi Dr. Ari Berman sent out an email to the university’s student body touting many of its achievements for this coming semester. He mentioned the infrastructure developments on the Beren and Wilf campuses, the success of our school’s curriculum – rising to #68  in the country and #3 in New York City – and of course, he mentioned the $91 million in donations the university was able to bring in this past year. President Berman ended his email by announcing an increase in the student body, specifically a 60% increase in Yeshiva University graduate schools and a 10% increase in the undergraduate schools.

I certainly do not wish to diminish the success our university has enjoyed, and I am proud to be a part of it. From computer science to business to philosophy, our curriculum surely deserves high praise, and it is not a stretch to suggest that the increase in admissions is a result of that standing. However, it would be a mistake not to mention the rise of antisemitism in New York City, specifically in our city universities, and the role it has played in our school’s rise in admissions. All you have to do is search “CUNY antisemitism” on google and hundreds of articles from all over will come up, demonstrating just how dangerous CUNY (City University of New York) has become for Jews. Jewish students have been verbally abused, their opinions on Israel and Jewish identity are not welcome, and some students have even been physically assaulted; several students had to drop out of CUNY because they felt it was too dangerous to be Jewish on campus.

This past summer, New York City Councilwoman Inna Vernikov (R) along with Chair of the Higher Education Committee – Councilman Eric Dinowitz (D) and other members of the New York City Council held a higher education hearing on the pervasive antisemitism taking hold of CUNY. To no surprise, CUNY chancellor Félix Matos Rodríguez canceled his appearance at the hearing the night before, and in his place sent two lawyers over Zoom. The hearing itself was hours long, with a line of CUNY students and professors waiting outside to testify to how horrific CUNY has become for Jews. Former CUNY School of Law student Rafaella Gunz testified at the hearing. She explained that she had to transfer to Yeshiva University because, “[she] feared for [her] physical and emotional well-being” after she was tormented by other students over her Jewish faith and Zionist beliefs. She is far from alone. I personally know many students that decided to attend YU because they feared the same thing would happen to them.

Historically, CUNY has been the university for New York City’s Jews: Places like Brooklyn College, City College, and Hunter have all been popular institutions for Jews in New York–at least until now. Today, CUNY teacher unions pass antisemitic BDS (Boycott, Divest and Sanction) resolutions, and pro-Palestinian activist groups like SJP (Students for Justice in Palestine) continuously harass and assault Jewish students without condemnation. This past summer, the CUNY School of Law unanimously voted to have a known antisemite give a commencement address at the CUNY Law Graduation Ceremony berating Israel and Jews publicly without shame and punishment from CUNY.  New York’s “premier liberal institution” claims to be all-inclusive, and yet the only group excluded from their inclusivity training is Jews. CUNY’s perpetuation of antisemitism can no longer be tolerated.

Even though this antisemitism might be good for admissions as it sends more students our way, as the premier Jewish institution of America, YU cannot sit idly by. Our university, led by our president, has to stand up and defend Jews, both in and outside of our school. We need to be proactive; we cannot continue to study in a bubble, ignorant of the vile hate lurking outside of it. Our students, our faculty and our administration must all fight to protect Jews here and elsewhere. If we retreat to our safe space titled “Yeshiva University”, we will lose our rightful place outside of it.

As the five Torot (Truth – Life – Infinite Human Worth – Compassion – Redemption) explain, it is our duty to fight for our brothers and sisters, even if it comes at the cost of fewer of them attending our exceptional university.

About the Author
Daniel Ganopolsky is a Straus Scholar at the Zahava and Moshael Straus Center for Torah and Western Thought at Yeshiva University, where he is studying political science and economics. Daniel is also the Events Coordinator for NYC Councilwoman Inna Vernikov.
Related Topics
Related Posts