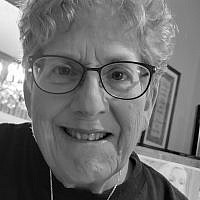 The Blogs
Laurie Dinerstein-Kurs
Life Member, Hadassah Northern New Jersey
Apply for a Blog
Advertisement
Please note that the posts on The Blogs are contributed by third parties. The opinions, facts and any media content in them are presented solely by the authors, and neither The Times of Israel nor its partners assume any responsibility for them. Please contact us in case of abuse. In case of abuse,
Report this post. 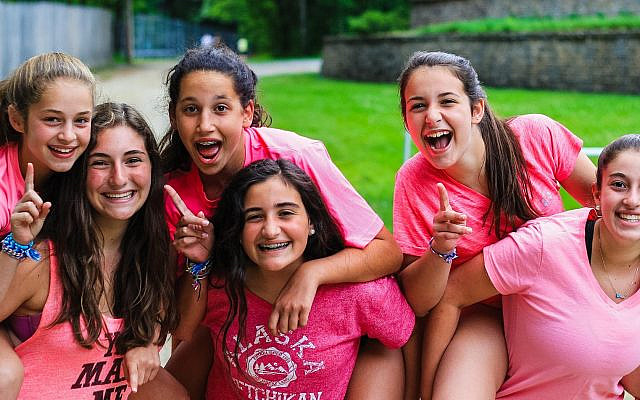 “Gramma – where are we going?? Gramma, why do you want to go? Gramma, will we be there for A LONG time??” Since I stayed with my Gramma most days after school…I went where Gramma went. 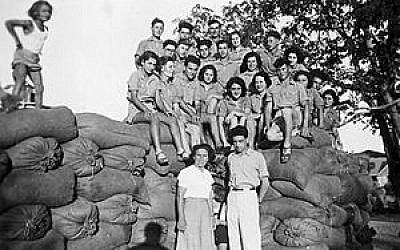 In those years of my early childhood….10, 11, 12…while I loved being with my Gramma and tagging along with her no matter where she went…. I could not and did not appreciate her delight in attending her Hadassah meetings with what she referred to – her “Balabusta” friends. Gramma always marveled at their abilities to not only have time for home and family…but to actively work for Israel. That I understood. After all, I was in yeshiva in Brooklyn and we always talked of Israel, but WORK for Israel? Gramma lived in Brooklyn!

But she said she was committed to work for Israel! Work for it? I knew people worked and got paid…but how could Gramma “work” for Israel??

By the ages of 12-16, I absolutely knew and understood what “work” for Israel meant…and I was more than happy to help Gramma fulfill her various commitments…such as going to friends’ houses to deliver tzedakah cans to raise money for needy Israelis, and we bundled clothes and toys to be sent as well.

The best birthday gift I ever received was from my Gramma – my own membership card in Junior Hadassah!!

It was the early 1960’s. Hadassah and Junior Hadassah’s overriding concern was the need to care about the refugee/immigrant children arriving in the new State of Israel. The State of Israel was a fledgling nation, and we realized the need to help. Zionism was the essence of Hadassah and Junior Hadassah at that time…and women doing all the work of running the org was absolutely uplifting.

Young Judaea was a grand idea…learn leadership skills, love of Israel, and the value of volunteering. I was a Young Judea chapter leader in 1968. It was an exhilarating experience to encourage other young people to care about Israel.

Now, I too could work to help make the land of Israel bloom. I too could help those Jews in need in Israel. I felt so humbled in class when the subject of Israel is broached and the discussion of the new State of Israel, her new immigrants, and her trials and tribulations with deserts, neighbors, water scarcity, etc., and I knew — because of Gramma — I was actively helping to make Israel and her dreams a reality. I was also enormously proud of myself for encouraging several friends to join in and become active Junior Hadassah members!

In the mid 1960’s, at age 17/18, I became a full member of the “real” Hadassah and have been a full-fledged member ever since. Some or my Junior Hadassah friends joined Hadassah but, given college classes were to start…most did not, as they felt they had no extra time. After my years of accompanying Gramma and experiencing Junior Hadassah…I was ready to join Hadassah…and I joined like the proverbial bull in a China shop. I always served on several committees, and even gave holiday talks!

Knowing I belonged to such an “elite” group of women…Hadassah women who do…always made me so proud to be a part of an org. that is focused on advocacy and Jewish continuity – and run by women!

Hadassah’s mission was and is MY mission – to this day! Zionism, care for the children, and support for the fantastic, miraculous Hadassah Medical Organization. I’d like to believe my availability and willingness to serve wherever needed was of help.

Hadassah provided me with a new circle of friends and acquaintances I would have never known otherwise. Some of those women with whom I worked or merely just mingled with…are my friends to this day.

Sadly, two of the chapters that I have been privileged to belong…have folded. Age, aging, aged, takes its toll!

Here I am – almost 60 years later, and I remain a loyal Hadassah fan…a Life Member. All because Gramma shlepped me to her meetings….and instilled in me not only the desire to help – but the motivation to do it!

About the Author
Laurie Dinerstein-Kurs is a Life Member of Hadassah and spent her youth in Brooklyn, volunteering for such organizations as Junior Hadassah, the Civil Air Patrol, BBYO, and Young Judea. As an adult, she became a member of Hadassah, BBW (B’nai Brith Women), Women's American ORT (Organization for Educational Resources and Technological Training) and The National Council of Jewish Women. She has a Masters in rehabilitation of the handicapped. She taught for 25 years and upon retirement became a hospice chaplain. She and Steve, her husband of 53 years have two children, ten grandchildren and two great grandchildren!
Related Topics
Related Posts