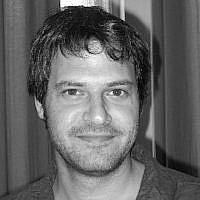 The Blogs
Shivi Greenfield
Apply for a Blog
Advertisement
Please note that the posts on The Blogs are contributed by third parties. The opinions, facts and any media content in them are presented solely by the authors, and neither The Times of Israel nor its partners assume any responsibility for them. Please contact us in case of abuse. In case of abuse,
Report this post. 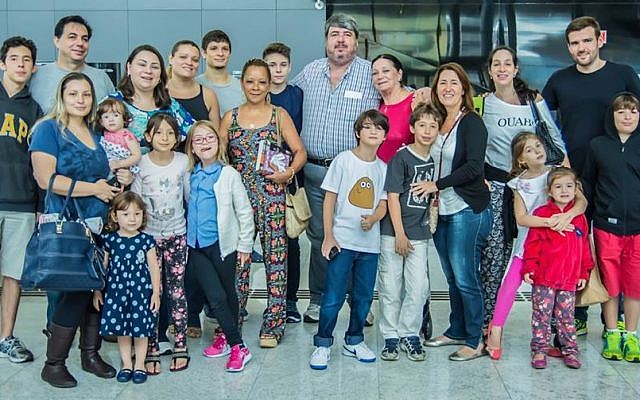 I observe the struggle of the European Union from Jerusalem with a mixture of anxiety and confusion. A wellspring of popular discontent seems to be pulling Europe apart, with Eurosceptic parties making gains in virtually every section of the continent. Following the EU’s official approval of the UK’s departure on November 25, we wait on the edge of our seats for the next Brexit to strike.

The people of Europe have apparently soured on the ambitious political mechanism that was set in motion a quarter of a century ago in Maastricht. The European project, born out of the wreckage of WWII and forged in the ideological showdown of the Cold War, is more than a multinational regulatory instrument housed in Brussels. It is a vast effort to immunize a continent from totalitarian and nationalist temptations by forging a new, supranational collective identity.

As Jews, whose bitter experience with those forms of tyranny is sui generis in the annals of mankind, disenchantment with the EU is a source of concern. It is also perplexing. How can Europeans so casually dispose of a unifying framework, painstakingly established to promote the democratic ethos that has brought freedom and prosperity to hundreds of millions of people from the Black Sea to the Baltic and from the Atlantic Ocean to the Mediterranean?

For me, however, these questions are of more than academic interest. As an Israeli and as a Jew, I see the eerily similar, centrifugal forces tearing at the fabric of Jewish peoplehood. No, this is not about Jewry in the abstract, but about the very real and vital institutions that have helped forge Jewish unity for almost a century. Concern for the Jewish people has always formed the basis of the Jewish value system, yet the existential challenges of the 20th century are what eventually motivated world Jewry to launch a concerted, institutional response.

Much like the EU, The Jewish Agency for Israel was born out of crisis, tasked with transforming the lives of millions of people, and guided by a unifying ideal. And much like the European project, its success has been astounding. From cultivating a fledgling Jewish community in the Land of Israel, to establishing the institutions of a modern state, economy and national defense; from facilitating mass immigration and absorbing some 3 million immigrants to Israel, to the promotion of Jewish identity in countries around the globe, The Jewish Agency has been the driving organizational force behind Jewish unity and collective action for decades.

But our organization is more than an emergency response mechanism tasked with achieving defined objectives. While it is not a formal political body like the EU, its overarching goal is to forge a sustainable, world Jewish collective out of some 14 million individuals who live in different countries, speak different languages and share, at most, a very limited degree of common religious tradition. Over the past century, the existential dramas of migration, the Holocaust and the establishment of the State of Israel helped offset the centrifugal forces tearing at Jewish life. Yet the rise of Jewish millennials, whose historical memory was shaped in an era of prosperity and security, demands that we re-calibrate the Jewish ethos itself. We require a new narrative which can ignite the contemporary Jewish imagination and engage the loyalties of communities world over.

Looking back across the Mediterranean, I cannot help but identify the striking similarities between the European malaise and the Jews’ growing disaffection with their own, unifying institutions. The EU is accused of a panoply of contradictory misdeeds. It is said to impinge on national sovereignty while simultaneously failing to organize effective multinational action. It is faulted with unresponsiveness and a lack of democracy, as calls to vote in multiparty European elections go unheeded. Northern Europeans cringe at the fiscal largesse of their Mediterranean neighbors, while southerners resent the imposition of budgetary strictures from Brussels. Europeans of all stripes resent the EU’s failure to resolve the complexities of globalization and the crisis of immigration, while simultaneously opposing the integration necessary for coherent and robust policy. But underlying it all is a growing populist tide, enticing more Europeans than ever to ride the wave of particularism and self-interest with an elusive promise of victory in a zero-sum competition between opposing national groups.

If we fail to recognize the warning signals in time, world Jewry may be forced to contend with similar disintegrative pressures. Legacy institutions in Jewish communities around the world are charged with being unresponsive to the evolving needs of an increasingly diverse Jewish world. But these needs, too, are often contradictory. Growing numbers of millennials often find Jewish engagement uncompelling and organized Jewish life irrelevant to personal fulfillment. Strident traditionalists, meanwhile, deny the legitimacy of those they consider insufficiently Jewish, undermining the very basis for mutual responsibility. Israeli politicians increasingly spar with Jewish communities abroad over policy and, as ideological debates become more acrimonious, triumphalism overshadows dialogue. This process, however, is neither inevitable nor inexorable. The deep and abiding Jewish unity that brought us from the brink of destruction to a rebirth of vitality and creativity remains our greatest asset.

Both the EU and The Jewish Agency know they must change to survive. Each are multinational bureaucracies designed to serve remarkably diverse constituencies. Both must devise strategies to be more responsive and flexible in light of divergent and often contradictory needs, and they must be able to implement policy in a more timely, effective, and visible manner.

Ultimately, it is the Jewish public – like the nations of Europe – that must decide. Do we seek to protect and preserve a common Jewish identity, a unity of fate and purpose that has survived millennia and thrived under almost every human civilization, or are we content to see the Jewish world dissipate into an assortment of disconnected communities and adversarial ideological groupings, bound only by receding historical memories?

Maintaining Jewish peoplehood is no mean task. In an effort to create a common identity, the nations of Europe at least share geographic contiguity, whereas Jewish life spans the globe, from Sydney to Tbilisi, from Rome to Rio de Janeiro, from Moscow to Vancouver, from Birmingham to Be’er Sheva. But it is a task we dare not ignore. By virtue of its historical mandate, apolitical mission, global reach and cross-organizational network of connections, The Jewish Agency is uniquely positioned to bring the diversity of Jewish communities and interest groups together around a common table and write a new narrative of Jewish peoplehood for the 21st century.

The views expressed here are those of the author and do not necessarily reflect those of The Jewish Agency for Israel.

About the Author
Dr. Shivi Greenfield is the Chief Strategy Officer at The Jewish Agency for Israel and is responsible for the strategy, planning and evaluation of the organization’s operations across the globe. He holds a PhD in Political Theory from Oxford University, where he was a Weidenfeld Scholar, and received master’s and bachelor’s degrees in political philosophy and economics from Hebrew University of Jerusalem. He has also held research positions at NYU Law School and the Chazan Center for Social Justice and Democracy at the Van-Leer Jerusalem Institute.
Related Topics
Related Posts
Comments