II. Mitzvah hero Sigrid Ueblacker and Her Birds
If you were to make a list of specific things in life you really love, you would likely place at the top other people: parents, children, grandchildren, friends. For myself — (and excluding other people) no lower than #3 or #4 would be flowers and birds. For flowers, there are my  mother’s roses in the back yard, irises I have written into my poems, Texas bluebonnets, Arizona blooming cacti, and — 10 minutes in Hawaii — the only descriptives that come to mind are “dazzling” and “mind bending”.

In the rushing synapses of my brain, thinking about birds compares to flooring a sports car zero to 60 in five seconds or the crack and charge of a lightning bolt. Growing up in Arlington, Virginia, the cardinals and bluejays framed by winter snow are unforgettable pictures in my mind. But even that image is not my greatest psychological surge; it’s when they flap their wings, leave the ground, perch for two seconds on a high branch on the big oak on our front lawn, and then up and away, almost out of sight. 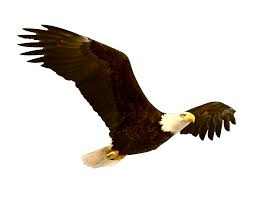 When I met Sigrid Ueblacker about 20-25 years ago, my overpowering amazement at birds soared exponentially. Sigrid was the founder of the Birds of Prey Rehabilitation Foundation (BPRF) near Denver. People from everywhere would bring injured hawks, kestrels, buzzards, owls, falcons, and eagles to her to be healed. The ones who wouldn’t survive in the wild, she keeps to educate human beings about the lives of these wondrous creatures. The others are safe to release into the wilderness. Sigrid and volunteers return them to their natural habitats, sometimes having to transport them hundreds of miles before their sublime return to a blessed life in the air. I can’t come close to imagining how they — the people and the birds must feel at the moment the open the cages are opened.

I have been remembering two particular moments from my visit: (1) When Sigrid took me into an absolutely enormous cage and I could see perched at the other end 10 – an ornithological minyan — golden eagles who were on the mend. Awesome! (I also noticed a bunch of mice that weren’t aware that they were on Death Row.) (2) In the ER, Sigrid placed some type of hawk no more than a foot tall on my outstretched arm. We were practically eyeball-to-eyeball. Sublime!

For me there’s just something magnificent, magical, and mystical about flight.

III. An Angel Pilot and His Single-Engine Propeller Mitzvah-Airplane
Thirteen years ago, I was brought to New Jersey to speak to a group of teenagers. The purpose of my evening was to give them ideas about how they might wisely give away a rather large sum of Tzedakah money — $9,000 or $10,000 — at the end of the year. A certain woman had donated the money. She believed that young people should have this kind of experience as an essential part of their Jewish education and Jewish lives. 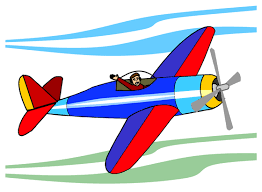 In general, I remember a very positive feeling about the talk, and that the teenagers were attentive, thoughtful, responsive, and took their Mitzvah-task-at-hand very seriously. Specifically there was one experience that stands out not only on that evening, but also for all
of my more than 50 years as a Jewish educator: One of the teenagers raised her hand and spoke. She simply said, “My dad’s an Angel Pilot.” She also said she had sometimes flown with her father on Angel missions. And I distinctly remember her saying that she, too, wanted to be an Angel Pilot. I could clearly hear so much pride in her voice telling me that her own father was committed to such an amazing Mitzvah.

Her words really moved me. I had previously read about Angel Pilots before and was fascinated by this particular Mitzvah. Angel Pilots fly patients needing treatment for cancer, other diseases, or burns to the hospitals. These patients often live far from the medical facilities and from large commercial airports. The Angel Pilots’ small planes, usually single engine props, can land at these smaller airports which are much closer to the patients’ homes and to the medical facilities. And, as expected from Angels, everything is done at no cost to the passenger-patient. The Angel Pilot owns the plane, pays for all the maintenance, landing rights, and fuel.

I remember asking her if she had an article about her father’s Mitzvah-adventures as an Angel Pilot, and, if she had one, would she send it to me. She did, indeed, have one and sent it to me not long after I had left New Jersey.

IV. My Follow-up Detective Work
How I found this student after 17 years— Stephanie Krivitzy — and her father — Jerry, the Angel Pilot — is not important. Once we were in touch, we exchanged e-mails, and Jerry included a deeply moving article about his first flight with an Angel Pilot. He was just along as a passenger, but that experience convinced him to become an Angel Pilot.

V.  Reflection
On seeing into the future: There is no doubt that in 1903 two bicycle shop owners named Wilbur and Orville Wright could never have imagined a Concorde or double-decker A380 or, for that matter, that their invention would become a vehicle eventually leading to extraordinary life-saving and dignity-preserving Mitzvahs.

For decades, a multitude of teachers of Mitzvahs have stressed that you just never know what will happen as a result of some good thing you did, or even said, like Stephanie’s few sentences that night in New Jersey 13 years ago.

VI. Stephanie in 2020
Among the things Stephanie wrote to me were “I’ve traveled all over the world, built up an amazing career in advertising/marketing/branding which has since led me to run the creative department of an e-commerce start up, and lived in New York, San Francisco, Amsterdam and New York once again.” I don’t know if by now she is an Angel Pilot, or even if she has a pilot’s license, but her next sentence was most meaningful, “Just a few weeks ago my brother and I launched a new {D.S., rather astonishing} website for Rabbi Soffin’s {Joel Soffin, her rabbi growing up} foundation {D.S., Jewish Helping Hands}, so while life has taken me all over, I’m still very much connected to the roots of my youth.” 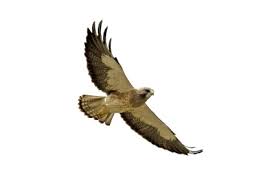 You just never know: (1) Mitzvah-living would always play a profound part of Stephanie’s life, no matter the details of her career, and (2) I, 13 years later would remember, write about it, and you just never know, someone who reads this might decide to feel what Sigrid’s hawks and Jerry Krivitzky on his Mitzvah-flights feel — that certain joy, the transcendence from somewhere Up High in life. He or she might just become an Angel Pilot. John Gillespie Magee, a young pilot in the Royal Canadian Air Force, expressed this in his poem “High Flight: “[I] put out my hand and touched the face of God.”