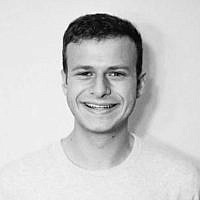 The Blogs
David Zwick
Apply for a Blog
Please note that the posts on The Blogs are contributed by third parties. The opinions, facts and any media content in them are presented solely by the authors, and neither The Times of Israel nor its partners assume any responsibility for them. Please contact us in case of abuse. In case of abuse,
Report this post.

I cannot help but wonder whether we have now reached the pinnacle of hyper-partisan politics. As I write this blog, Republicans currently hold a 50-49 lead in the United States Senate with one race yet to be called, although it increasingly seems as though it will go to the Democrat, Mr. Ossoff. Should the Democrat win, Democratic soon-to-be Vice President Harris will surely cast many tie-breaking votes, thus giving her party a de facto majority. In the House of Representatives, Democrats maintained their majority in November, although their margin is very thin (and Republicans will almost certainly win back the House in 2022). Meanwhile, President-elect Joe Biden will soon be sworn, although I would not exactly characterize it as a blow-out nor a significant affirmation of his policy agenda considering nearly half of his voters claimed to have voted for him mainly since his name is not Donald Trump. All in all, while this does give the new leadership license to alter policy, I do not see how one can realistically claim Democrats to have a sweeping mandate.

Nevertheless, this very last Senate race is being classified as one that will determine the direction of the nation. The sentiment goes as follows: If Mr. Perdue, the Republican, wins, then the GOP can block any policy it does not like. If Mr. Perdue loses, then the Democrats can go as far as to institute far-reaching environmental regulations, heavily reform the health care system in their image, and legislate, and subsequently execute, any agenda item they desire. In other words, it is possible that a few hundred voters in Georgia will have decided a broad array of laws affecting American life for years to come. Although, what is also likely is that when Republicans find themselves exactly where Democrats are in a few years they will take equal and opposite measures.

On the evening before the run-off election, I and my study-partner happened across a Gemara from Tractate Berakhot 35b. The Talmud notes a debate between Rabbi Ishmael and Rabbi Shimon son of Yochai (henceforth referred to as Rashbi). The disagreement surrounds the balance of Torah study and mundane matters, specifically working to provide basic necessities. As expected, Rashbi takes a hard-line and idealistic approach. He claims that if the Jewish people are fulfilling the will of the Almighty then their own work will be completed by others. On the flip side, if they fail to fulfill G-d’s will then the Jewish people will be forced to complete their own work as well as others’. This position is opposed by the preceding opinion, that of Rabbi Ishmael where he comments one must set aside time for both Torah study as well as work.

Whereas the Talmud does not seem to deliberate the benefits and detriments of each position in principle, it does evaluate their claims on empirical grounds. The section of discussion ends off by quoting Abaye as saying that mainly those who followed Rabbi Ishamel were successful in their Torah study; Rava is then described as telling the Sages that he closed down the yeshiva during peak agricultural periods. This is all to say that while we cannot necessarily prove every ideological dispute in one direction or the other, a healthy dose of pragmatism will lead us in the direction of more balanced and inclusive conclusions. Adoption of such pragmatism is highly recommended, especially when arriving at a point of unsolvable gridlock.

By the time many will read this post the last election results may or may not be tabulated. In any case, the lesson I am trying to share remains intact. Whatever strong measures Democrats may take will almost surely be responded to in kind by Republicans when they take power. Bitter and divisive politics will lead to unpredictability in the short term and political stagnation in the long-term (and that is the tip of the iceberg). America seems to have reached the same point that was reached, LeHavdil, by the aforementioned Talmudic sages. The difference, to date, lies how how they resolved the conflict.

Believe it or not, even on contentious issues such as the environment, police reform, and health care there exist great examples of bipartisan solutions that address many core concerns felt by members of each party. Promoting and adopting such types of solutions would not only avoid the pitfalls that divisive acts would invariably lead to, but would actually set a positive precedent of cooperation and compromise needed to make any progress. Furthermore, it would strike that crucial balance between sensitivity towards deeply-held political philosophies and an elected officials’ responsibilities towards providing for their constituencies. In the Talmud, Rashbi did not have to concede all of his beliefs to Rabbi Ishmael and the Talmud, to my knowledge, does not record an instance of Rabbi Ishmael gloating that he “won” this argument. The Sages understood that the goal was to maintain and grow commitment to Torah, not for one person to “stick it” to his friend. America has many challenges that lie ahead, the goal of all citizens, whether in the public or private sphere, should be to work towards better solutions, not putting down their neighbors. I hope  America will take a page from the Talmudic debates as recorded well over a millennium ago rather than the nasty political debates as recorded only a few months ago.

About the Author
David Zwick is a University of Michigan undergraduate student studying Political Science and Judaic Studies. He is originally from Southfield, MI.
Related Topics
Related Posts
Comments