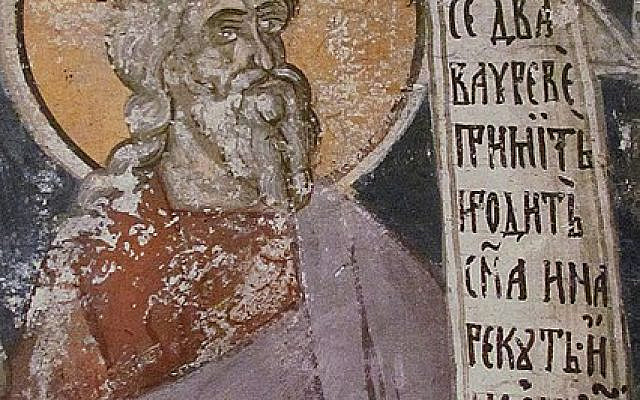 Why do we Jews fast on Yom Kippur? Is the fast meaningful or do we just do it out of habit or because of peer pressure (“Everyone is fasting”). Do we fast with kavannah, serious intentionality?

Perhaps these are questions we ask ourselves each year as we approach the fast.

Fortunately, the Jewish Tradition provides us with some answers to these questions by offering us a prophetic reading from the prophet Isaiah, chapters 57 and 58. These famous chapters, especially chapter 58, remind us of what happens when we fast without thinking about it, and at the same time they suggest the way to give significant meaning to the fast.

Who is Isaiah?  Why is he so important? Yet, why do so many Jews—especially Orthodox Jews—ignore him or downplay him and the meaningful messages of the other great biblical prophets, even though we read from them on every Shabbat and on every Jewish holiday?

Isaiah is one of the great classical prophets in the Bible, along with Jeremiah and Ezekiel. According to Rabbis Benny Lau and Yoel Ben Nun, who wrote a great book about him a few years ago, “Isaiah is considered by many people to be the prophet of world peace! In addition, he is the national comforter.”

Between Tisha B’Av and Rosh Hashanah (for seven weeks in a row!), we read from Isaiah’s prophecies of comfort to the Jewish people, after the destruction of the Temple in ancient times. And now we read from him again on Yom Kippur! Clearly the rabbis who prescribed these readings for us felt that Isaiah had –and still has—something to teach us! They must have felt that his messages were vital for the Jewish People to hear again and again, year after year, including on Yom Kippur.

What is Isaiah’s critique of the way the people of his time fasted?

To be sure they seek me daily,

they are eager to learn my ways.

Like a nation that does what is right, that has not abandoned the laws of its God. They ask me for the right way, they are eager for the nearness of God.

‘Why, when we fasted, did You not see?

When we starved our bodies, did You pay no heed?’

Because on your fast day you see to your business

And oppress all your laborers!

Because you fast in strife and contention,

And you strike with a wicked fast!

Isaiah criticized the Jews of his time of going through the motions on Yom Kippur, without taking it seriously. Not only that, but he accused them of doing business on the holiday, and oppressing their workers. They didn’t abide by contracts. They cheated their workers. They did not guarantee their workers’ rights.  In addition, they were engaging in strife and contention with their fellow human beings, rather than engaging in efforts at reconciliation and peaceful coexistence!

In short, they were not taking the fast seriously. On the contrary, they missed the whole point of the fast!

What then should be done, in Isaiah’s opinion? What is a desirable fast, in the eyes of God?

No, this is the fast that I desire:

To unlock the fetters of wickedness,

And untie the cords of the yoke

To let the oppressed go free;

To break off every yoke,

And to take the wretched poor into your home.

When you see the naked to clothe him

And not to ignore your own kin.

What could be clearer than this?

The fast is not a goal in and of itself. Rather, it ought to serve a purpose. It should motivate us to ethical action—to taking care of the hungry and the poor in our society, to stop oppressing other people but to let them go free, to cease being wicked and instead to be moral human beings who seek a fair and just society for all.

What about us on this Yom Kippur? Will we heed Isaiah’s critique and his message? Or will we simply fast out of habit or custom this year, as in past years? Can we approach the fast this year on Yom Kippur with greater kavannah (intentionality)? Will it catalyze us to acts of lovingkindness, peace and justice in the year ahead, as individuals and as a collective? Will our re-reading of Isaiah this year on Yom Kippur help us become better human beings and motivate us to seek to create more caring and compassionate societies?

It’s up to each and every one of us.  Just as we will hear the sound of the shofar at the end of the day as a wake-up call to do what we can to heal our societies and save the planet, so we must listen and heed the message of Isaiah, to create a better world for everyone.