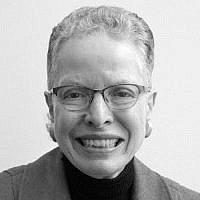 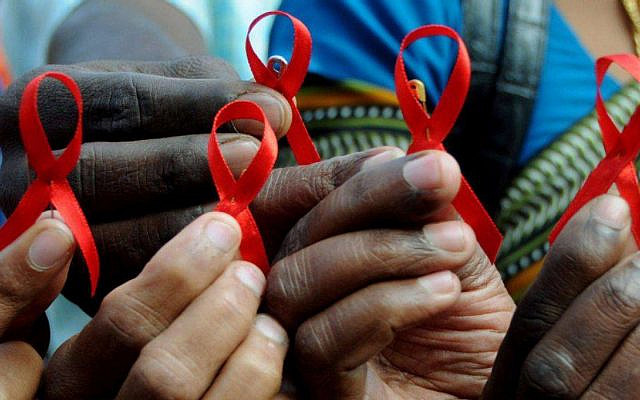 Red ribbons, symbolizing support and solidarity for people living with HIV and to remember those who have died from AIDS-related illnesses, on November 30, 2006. (Facebook)

This is all I know about him: his name was Emanuel and he lived somewhere in West Africa. He had a beautiful handwriting and an almost poetic way of expressing himself. In addition, he had a full-blown case of AIDS and a subscription to an American weekly newsmagazine, where he’d read about “Compound D,” a promising anti-viral treatment still in early research phases. Also, he was an optimist: who else would have written to the American pharmaceutical company developing the drug to ask that we send him a life-saving supply?

This was back in the 1980s, during the early days of the epidemic, when a diagnosis of AIDS was a certain death sentence. I did media relations for the pharmaceutical company working on “Compound D” and Emanuel’s letter was routed to me. I read it once. Then I read it again, and as I did so, my professional pleasure in obtaining the placement in the important newsmagazine’s roundup of promising AIDS treatments evaporated. Even if it worked — and we were years from knowing the results of the clinical trial — there was no way “Compound D” could help Emanuel. It takes a long time to test even the most promising compounds for safety and effectiveness, review the data, and complete the approval process. We were still in the early stages of drug development. “Compound D” would never be available in time to help him.

I tried to draft a letter of response. “Dear Sir,” I wrote. “I regret that legal and regulatory laws preclude…”

I tried again: “Dear Emmanuel: I am so sorry, but this drug has not yet been approved. We do not know if it will work, and we cannot fulfill your request…”

And yet again: “Hey Buddy: Why were you screwing around without protection in the middle of this epidemic? Don’t you know how dangerous that is?” No approach worked, not the bureaucratic, not the compassionate, not the bullying. Each letter I drafted came to the same unstated conclusion: We can’t help you, and you are going to die. In the end, I took the coward’s way out and did not answer Emanuel’s letter, pretending to myself that the lack of response might somehow extend his hope.

I never met him in person, of course, but his letter helped make me kinder and more patient with the people — some anxious, some angry, some begging, some trying desperately to be optimistic — who called our public relations department to ask about other drugs in development for terrible illnesses, not only AIDS, but also things like cancer and cardiovascular disease. Some years later, when I was treated for metastatic breast cancer, I became aware how difficult it is for many medical providers to talk about a potentially fatal disease in anything other than the most detached, scientific manner. Even worse, to me, were those who tried to make it sound as though chemotherapy would be a mere stroll in the park.

As it turned out, “Compound D” did not work and was withdrawn from clinical trial. I kept Emanuel’s letter for a long time, carrying it in the schlep bag I carted between home and work. Then it got lost, the way stuff does. Unless the miracle he prayed for came to pass, Emanuel must be long gone by now. Sometimes I wonder if there is someone in Africa who smiles a soft, private smile when they think about him, or a young man or woman who wonders what kind of person their father was, or an old mother or father who cries every day for their dead son. It won’t make any difference to them, I know, but there’s also a woman in far-off America who still prays for Emanuel every day.