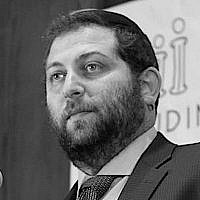 The Blogs
Zvi Gluck
Apply for a Blog
Advertisement
Please note that the posts on The Blogs are contributed by third parties. The opinions, facts and any media content in them are presented solely by the authors, and neither The Times of Israel nor its partners assume any responsibility for them. Please contact us in case of abuse. In case of abuse,
Report this post. 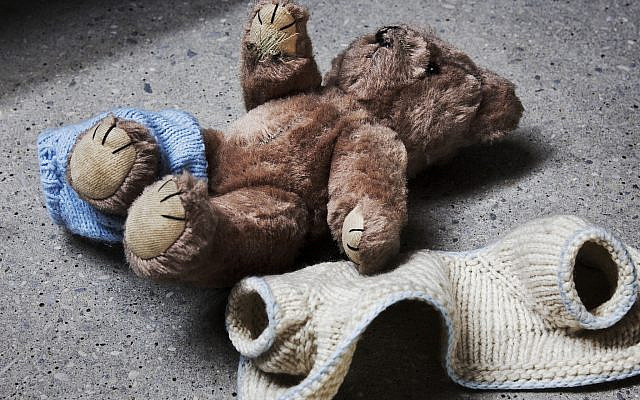 The proposal would result in unqualified practitioners working with children (iStock)

If we have learned one thing over the last several years, it is that mental health issues must be taken as seriously as heart attacks and strokes because, much like medical emergencies, they too can have fatal consequences. After years of sweeping mental health-related concerns under the figurative rug, the Jewish community is finally coming to terms with the fact that these issues are a matter of pikuach nefesh – the primacy of saving a life – with HaRav Dovid Cohen and HaRav Shmuel Meir Katz shlita each issuing a public halachic p’sak ruling allowing those experiencing mental health emergencies to use phones, computers and cars to obtain help on Shabbos.

The fact that two prominent gedolei Yisroel made those pronouncements makes it abundantly clear that mental health professionals are dealing with life and death situations. It stands to reason, therefore, that just as doctors undergo years of schooling in order to be able to practice medicine, mental health professionals must also be required to receive considerable amounts of rigorous training, because they too provide life-saving care. In New York, for example, it takes two years of graduate-level schooling and a minimum of 900 supervised internship hours to qualify for even an entry-level position at any reputable mental health provider, with several years of clinical supervision required to advance to more senior positions. Similarly in Israel, two to three years of comprehensive schooling and hundreds of hours of supervised fieldwork are required to earn a licensable degree in the mental health arena.

Which means that a proposal introduced in the Knesset to create a streamlined program to credential seminary girls as therapists through the arts should ring alarm bells in the mind of any intelligent individual. Yes, it is true that additional job opportunities need to be created for members of the religious and Haredi world, and it goes without saying that people need to be able to provide for their families.

But at what cost?

Have we not learned the horrific lessons of what happens when unlicensed therapists and self-proclaimed experts use their so-called skills to provide mental health counseling? Surely the need for continued vigilance and the highest standards of care should be crystal clear to us all, so why would anyone, especially the Israeli government, want to create opportunities that would inflict indescribable damage on those who are already living in pain?

The concept of crafting a program that would allow seminary girls to sidestep Israel’s existing academic requirements was introduced by the United Torah Judaism party last summer. Program participants would earn a certificate that would credential them as “therapists” through the arts, a designation that encompasses treatments using visual art, bibliotherapy, movement and dance, music, drama therapy and psychodrama. The program would be officially recognized on a governmental level as an accredited equivalent to a master’s degree, despite the fact that Israeli law had been previously amended to ensure that individuals being certified as therapists through the arts met multiple conditions and standards in order to ensure their competence and professionalism.

A group of 14 licensed Israeli mental health professionals sent a letter to the Knesset opposing the program, noting that there are already multiple professional training programs catering to the Haredi community and pointing out numerous flaws in MK Asher’s proposal, including a lack of oversight on both the program and the curriculum, which will translate to a lower standard of care that could be harmful to patients. Perhaps most importantly, the therapists voiced their strong objections to the fact that key areas of study would be censored from the curriculum because they would be deemed inappropriate for seminary girls.

First and foremost, it should be obvious that therapy through the arts is a therapeutic masters-level degree and not simply a hobby or a class involving expression through art. And the notion of mental health professionals who have had no training in sexual abuse is so bizarre that it would almost be laughable, if it wasn’t so disturbing, particularly since it would result in having significant numbers of unqualified practitioners working with children, our most vulnerable population. In an article that appeared in Yisrael Hayom, Haredi therapist Yitzchak Yona warned about the dangers of removing sexual abuse from the mental health curriculum.

“The ramifications of filtering in a profession where so many conflicts stem from this issue is nothing less than a catastrophe for the mental health profession,” said Yona.

Child sexual abuse is an area of particular concern. Sexual abuse is a problem in all communities, and even more so in insular communities, such as the Hareidi community. Therapists who treat abuse victims go through many hours of specialized training in addition to their required coursework. The concept of having victims of sexual abuse treated by those who lack proper training, or that these new “mental health professionals” will not even learn about sexual abuse and treatment, is simply frightening. Even worse, what will happen when these newly certified persons encounter a victim of sexual abuse? Will they report it to the authorities, as is required both by law and Halacha? Will they brush it under the rug, as has historically been the case? Will abusers be protected under the guise of cultural sensitivity?

As someone who has been working in the areas of child sexual abuse and addiction in the Haredi world, I have seen firsthand that there are many who are reluctant to seek help outside their own communities. That problem could be solved by having members of the community attend already established, culturally appropriate, gender-segregated, mental health masters’ programs, or even by creating new programs for the Haredi community that would follow the educational standards required for people entering the very sensitive field of mental health. I believe that instead of supplying individuals needing help with poorly trained insiders, communal rabbonim and leaders should urge their members to seek the best possible professional help available for mental health issues, just as they do for medical problems.

To those who support this proposal because they feel that the religious community needs jobs, I can’t help but wonder why mental health is being touted as the best possible career option. Instead, I would suggest that they open their eyes and see the many available career opportunities that are well suited to those who lack advanced degrees or don’t use the internet. Without delving too deeply into the matter, multiple options pop into my head including accounting, bookkeeping, sales, insurance, real estate, home health care, education, food, and office work, to name just a few. I have no doubt that there are training programs that could open additional vistas to these fine seminary girls and perhaps a greater emphasis is required in order to guide members of the Haredi community to jobs that will meet their needs.

But this proposal? I have thoroughly read the original law, the draft of the proposed changes and the arguments of the therapists’ coalition and other groups, and despite arguments to the contrary, I can say with 100 percent certainty there is no way that a shortcut training program will provide the knowledge, fundamentals and sensitivity that are crucial components of high-quality care. No sane person would trust a doctor who took a crash course to perform open heart surgery on a loved one, so why would anyone trust a therapist with a CliffsNotes education to help a family or friend through a mental health crisis?

There is no doubt that understanding communal sensitivities is extremely important, particularly when it comes to Israel’s Haredi population, but we cannot cater to their needs on the backs of those who need help the most. At a time when the world is understanding the seriousness of mental health matters, the proposal to dumb down credentialing standards is a recipe for disaster, one that makes a total mockery of the mental health field and will potentially destroy lives.

Amudim is an organization dedicated to helping abuse victims and those suffering with addiction within the Jewish community. Click for more information.

About the Author
Zvi Gluck is the CEO of Amudim, an organization dedicated to helping abuse victims and those suffering from addiction within the Jewish community, and has been heavily involved in crisis intervention and management for the past 20 years.
Related Topics
Related Posts
Zvi Gluck