Of your noise, we’ve had enough.
Wouldn’t it drive you really bats
If we were a million. —Katz

The Two State Solution has been having a bit of a renaissance lately since around the last AIPAC conference. Executive Director of AIPAC, Howard Kohr, called for it, and billionaire Ron Lauder, in an op-ed in the always Israel friendly, New York Times warned about abandoning it. Maybe it is the Trump’s Administration prospective Peace Plan, or Ehud Olmert’s recent autobiography, or perhaps just a case of chronic colic, the Two State Solution is of renewed interest. Not to miss the celebration, the Times of Israel has highlighted a number of op-eds on the subject, including the latest screed by Douglas Bloomfield, Settlements are supposed to be obstacles.

As novel as a dog worrying an old bone or as welcome, before Passover, as an article offering “10 new ways to reuse stale bread”, there is nothing happening to justify a renewed re-examination of a proposal that Mahmoud Abbas has rejected several times since it was first outed in the year 2000 when US President Bill Clinton presented it  to Ehud Barak and Yassir Arafat. Yet still, almost in desperation and in complete refusal to see that the parameters laid out by Clinton are unacceptable and unworkable,  the proposal refuses to die.

“And I think everybody understands the outlines of what a peace deal would look like, involving a territorial compromise on both sides based on ‘67 lines with mutually agreed upon swaps, that would ensure that Israel was secure but would also ensure that the Palestinians have a sovereign state in which they can achieve the aspirations that they’ve held for so long.”

Did Obama say that in 2008, or in 2011, or in 2016?  Doesn’t really matter? For what type of compromise are the Palestinians making in accepting the 1949 Armistice Lines with minor changes and “territorial swaps”, and how would that ever leave Israel “secure”? Obama never explained. Perhaps he didn’t even care?

As for us, the “settlers”, what is our answer?  “The dogs bark and the convoy continues”. To plan to double (and more) the number of Israeli citizens living in Judea and Samaria to over a million people by the year 2040. Touted by Amana head, Zeev Hever and ex-Knesset member Ya’akov Katz, the proposal, (it is far from an operative plan) would see the increased building all over Judea and Samaria, especially in communities far from the 1949 Armistice Lines. The goal: to  “put to rest” the idea of a two-state solution favored by the Palestinians and most of the international community.

This, in a silly way, reminds of a great children’s book, “Max and Sally and the Phenomenal Phone” by Milos Macourek and Adolf Born, which is a slapstick story of two  third-grade classmates,  Max and Sally, who meet a strange man crawling on all fours frantically searching for something in the grass – his eyeglasses. As a favor for finding the man’s glasses, the strange character bestows an even stranger gift – a handset or receiver of a phone (okay, try explaining what that is today). The children, a bit bewildered, find the gift amusing and do not know what to make of the gift.

Sally was laughing too and said jokingly into the receiver, Wouldn’t it drive you really bats if there were a million cats? And after she had said it, the receiver answered, did you say a million? Suit yourself! Max and Sally stared, stunned, as unbelievable scores of cats appeared around them, tomcats and kittens, white, black, and dapple-gray, toms sitting on the road, cats in treetops, kittens on the rooftops, mewing till everyone’s ears buzzed. 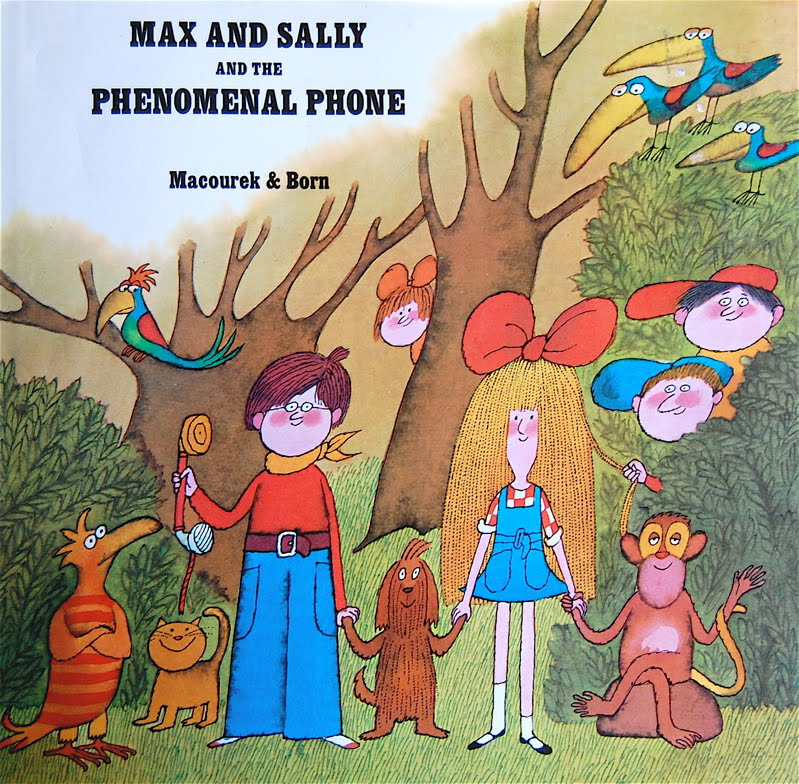 Max and Sally and the Phenomenal Phone

A million settlers? Why not actually? Why not even build next to my quiet house, apartment buildings to house the scores of new residents so that Shiloh can double herself too? In fact, such a plan exists and, warning, cringe-worthy admission, I am actually abhorred by the idea.

First, I am not sure why a rural community needs scores of apartment buildings, second, the plan proposed defies the normal conventions of urban planning. Placed at the far edge of the community, the buildings close off the view and are far from all the essential services of the community with no access to public transportation. The result will mean that any and all trips, to the local supermarket to taking the children to nursery school will have to be done by car and on streets too narrow for the proposed traffic. And if the new residents should work outside of Shiloh (where else?) they are sure to get stuck in traffic on Route 60 which already today is straining to handle the increasing number of cars, both Jewish and Arab that ply it daily.

For Zambish and Katzelah aren’t wrong. The number of Jewish residents in Judea and Samaria have increased greatly in the last years. Since Binyamin Netanyahu formed his second government in 2008, the number of residents has increased by over 40% (2008 till 2016). In the Shiloh Bloc the increase has been almost 60% in those years and today there are almost 9000 people living in the area. Arab traffic has increased too, an estimate is that each year it increases by 6%.  Meanwhile, the roads we use have remained unchanged and there are no real plans to widen or improve them.

So the second thought after hearing about the government mulling building another in 800 apartments in Har Bracha was one of disbelief. Another 800 housing units mean another 400 trips in rush hour on a narrow twisting road before the residents can even begin their commute to Gush Dan. Yes, it is possible to build more housing, but the roads? That is a major investment and it is doubtful that any government, even a “right-wing” one could find the resources to make Road 55 or Road 60 into major highways.

It is also, in my opinion, unnecessary.

I, and probably most of the “settlers” do not live in Judea and Samaria in order to be obstacles to any imaginary “Peace Process” nor are we banking on the PA of buying us out as an incentive to leave. We came out of ideology (especially us who live in the heart of the Land) and we also, came to live the open views and not to see apartment buildings and car traffic surround us.  When Shiloh was established 40 years ago we even hoped to be an agricultural community, not a concrete jungle.

Instead of proposing that we clog up our communities with apartment buildings and traffic, I’d prefer investing more effort in getting out the message that 100 years after the Balfour Declaration, 70 years since Independence and 50 years since the Six Day War, that the Jews have returned home.  To our home. Shiloh, with its history, archeology and natural beauty doesn’t need another thousand people to prevent it being removed in some scam “Peace Process”. Even with another 1000 residents, we will not outnumber the surrounding Arab villagers nor prevent a determined Israeli electorate should one decide to remove us. What we need is our narrative, the truth (at least as I see it) that Shiloh is not just our home, but the Jewish People’s heritage.

Passover is quickly approaching. One of the narratives of Passover is the Four Cups of Wine, each representing another term of Redemption.

There is also a Fifth Cup, called Elijah’s Cup,

There is an open question in the Talmud whether we are obligated to have four or five cups on the night of Passover. Since the issue was never resolved, we pour a fifth cup but do not drink it.

After heralding the coming of the Messiah, one of Elijah’s tasks will be to resolve all hitherto unanswered halachic questions. Thus, this fifth cup whose status is in doubt is dubbed “Elijah’s Cup,” in anticipation of the insight he will shed on the matter.

There is a verse connect with the fifth cup, as well: ‘And I will bring you to the land I swore with uplifted hand to give to Abraham, to Isaac and to Jacob. I will give it to you as a possession. I am the Lord.’ (Exodus 6: 8). Since all through the Jewish People’s long Exile that promise appeared to beunfulfilled, the Fifth Cup assumed almost Messianic proportions. For centuries Jews have been saying “Next year in Jerusalem” and wishing, praying to return to the Land of Israel. All of Israel, including all of Judea and Samaria. Not for the real estate, and not to be obstacles, but because we knew, that it was, is, our home. This year, a 100 years after the Balfour, 70 years after our renewed Independence in our Land, 50 years since the Jewish People returned to Shiloh and 25 years since moving to my amazing home I should make a blessing and drink the Fifth Cup. I invite you all to do so too.

Max and Sally, may not have known what to wish for. I am not sure if Zambish and Katzelah know either.  Whether given a phenomenal phone or a miracle from G-d, it is important to think before you make a wish. It might even come true. 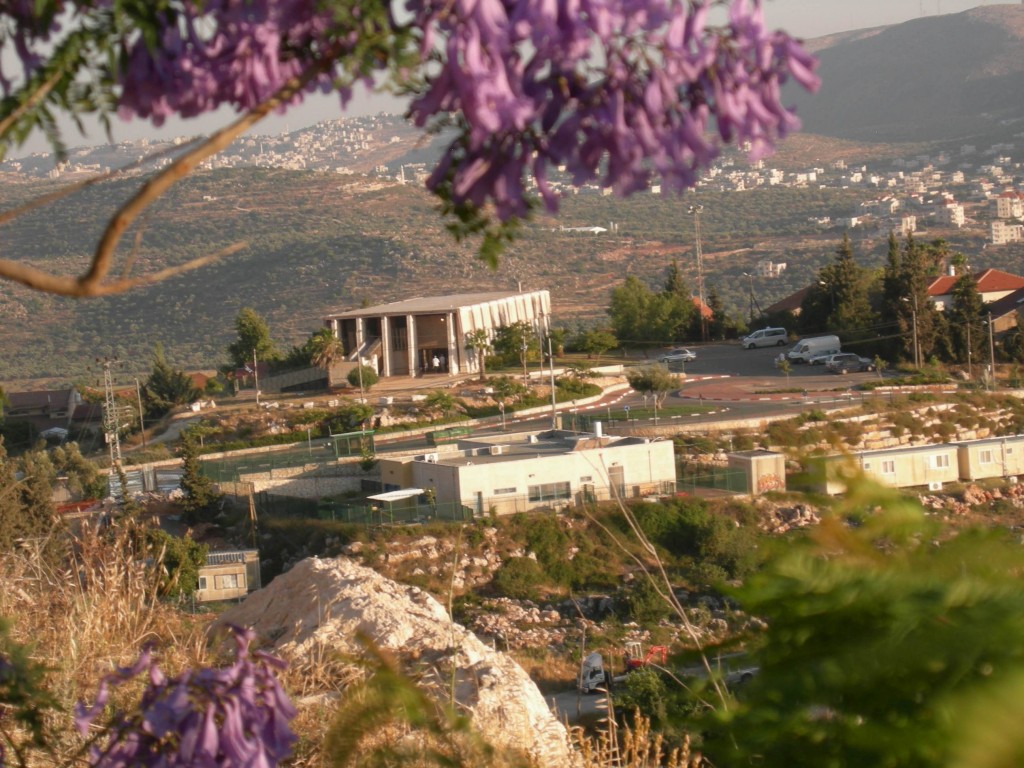 Beit Knesset Mishkan Shiloh. The beit knesset is modelled after the tabernacle that stood in Shilo 369 years.
About the Author
Shlomo Toren has been a resident of Israel since 1980, and a transportation planner for the last 25 years. He has done demand modeling for the Jerusalem Light Rail and Road 6. He is married to Neera and lives in Shiloh.
Related Topics
Related Posts
Shlomo Toren
Comments