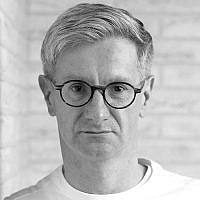 A 2002 482-page strategic study: Converging Technologies for Improving Human Performance Nanotechnology, Biotechnology, Information Technology and Cognitive Science (NBICS[1]) from the White House[2] archives gives cause for hope that the current serum, the anti-pandemic vaccine, will solve practically all our global problems. Without the slightest literary resemblance to science-fiction, the ratiocinative work would flatten the self-esteem of even the most gifted fantasy author forced to admit defeat.

In the chapter dedicated to “Improving human health and physical capabilities”[3], the scientific team not only engineers modern gene therapy’s delightful economic boost to pharmaceutical giants’ research – not to mention that of bio-tech legions — but also merges mRNA-based and DNA-based viral vector vaccines with the transformational field of life-extending gene therapy. Utterly convincing and trust-inspiring, the detailed explanation of how such vaccines function allows us to drop vaccine skeptics demanding more research like the proverbial hot potato. Subsequently, pharma companies are then no longer obligated to divulge the true origin of their vaccine strategy, nor contend alleged cancer research breakthroughs. In these pandemic times, looking at the life-saving vaccine in relation to the overall concept of the above-mentioned study, i.e. merging man and machine, it becomes clear that this is far more advantageous than any vaccine strategy hailed by any government on the planet.

Coming from the Obama administration archives only makes the study a that much more convincing pro-vaccine argument. Not only do interfacing, interacting NBICS disciplines combat the virus, they also have positive side-effects. Primarily, the creation of a healthier, electromagnetically cross-linked superhuman, whose consumer habits and cellular emissions are monitored by nanotechnology, carving out an ecological, species-appropriate[4], optimal existence. ‘This is not science fiction,’ say scientists pushing for ‘neuro-rights’[5].

By merging the technologies, the NBICS principle not only serves health and the environment, as the authors illustrate, but also wipes out disparities in education opportunities.[6] Knowledge and information are fed directly into the brain or interfaces enable real-time databank access. School visits would become pleasure outings since accumulating knowledge takes no learning effort. How kind to think of the younger generation now that schools have been closed on and off for over a year.

NBICS convergence also brings hope to impassioned rhetors as a new form of nonverbal speech emerges. Instead of painstaking syntactic formulations, images or intentions are transferred directly to brain cells, overcoming all language barriers. The evolution pragmatics feel certain that language is as antiquated, superfluous and in need of a general overhaul as homo sapiens. Integrating computerized linguistics and bio-chemistry[7] into organic speech development makes classic philology look like a grunting Neanderthal. This method for overcoming language barriers could have the potential to balance out vocabulary deficiencies based on social standing or education, if weren’t that access to the upcoming language app reserved for them that got. But sensitivity to and rebellion against unjust class differences requires an emancipated perception which, thanks to the NBICS system’s cognitive components, could be weeded out genetically. Maybe Klaus Schwab was right when he said that without a Great Reset in the wake of the pandemic, social uprisings are sure to increase. [8] A reboot that will heal numerous diseases, from Alzheimer’s, to cancer and Parkinson’s, as the author assures us and, just by-the-way, offers perfect thought control.

The Canadian government coined a more accessible term for this convergence in their Exploring Biodigital Convergence. [9]  Just imagine, with their brain and mind control[10] technology, this vast, sparsely populated, civilized country identified a method to cope with traumatic grizzly bear attacks on campers. Psychologically damaged brain cells are simply deleted or re-programed. And it gets better. Campers could hook up with an artificial intelligence (AI) system that creates a new receptor in their brains, alerting them to possible grizzly threats. Other descriptive examples of fictional AI applications can be found on the Canadian government website.[11]  Allowing themselves to be injected with nanomagnetic particles, particularly obtuse gung-ho campers no longer feel the urge to disturb a nursing mama bear. Their camping impulse is simply switched off over the nationwide 5G network[12].

The eloquent explanations given by Michael J. Heller, University of California, San Diego, one scientist who participated in the NBIC study, have the useful effect of inspiring authentic, unmanipulated emotions and bringing readers to tears.[13] He preaches passionately on the significance of truly understanding the cause and effect of the pharma sector’s technological development. There are those who still completely miss the point of genetic determination, he insists. Therefore, it makes no sense to invest in pharma genetic research as long as a select few persist in doubting its efficacy or in arguing its toxicity. The same applies to gene therapy, which, while not only promoting physical performance also alters human behavior. Science has confirmed that eternal retros and those too dim-witted to grasp the promising concept must not be allowed to stand in the way of our genetic salvation. With the current political favor prevailing, Heller can put his fears to rest.

Jeffrey Bonadio, University of Washington, falls to rhapsodizing in his NBICS contribution[14] as he points out the evolutionary[15]  applications and dangers of viruses. He establishes a parallel between the age-old use of bacteria to make bread, wine and cheese and today’s use of viruses to enable gene alterations in our bodies.[16] So let’s raise our glasses of bacterially ferment grape juice to the viruses, those organic substances transferring recombinant DNA and mRNA to the human body.[17] Drunk on science, the functional illiterate proposing this theory is incapable of differentiating between the temporary loss of mental faculties due to inebriation and the irreversible impact of genetic tampering.

So, it’s possible to ascribe useful attributes to our world’s current panic-inducing virus number 1 (philosophically speaking)? An Edenic, longer, healthier life is no longer possible without smuggling modified genetic material into our systems via DNA viral vector or mRNA vaccines. Overall, there may be distinct advantages to administering a modem to each of us. Then, we’d all have not only a cast-iron immune system but the universal benefits of an NBICS interface, once and for all surmounting Old World challenges with the greatest of ease. Pollution, armed (and verbal) conflicts, social unrest, educational disparities, health care and wealth distribution struggles would be history, along with the personal pronoun “I”.

We are a progressive, future-oriented society. So, if a development thrust naturally recurring every x00,000 years can be accelerated with a negligible prick of the needle, who needs a pandemic? To be sure, more people across the globe would rather offer up their arms to bio-digital convergence injections than rebel against pandemic restrictions. Without a doubt, the knowledge, technical facilities and irreversible trend toward this development were underway decades before the virus.

Didn’t our flourishing democracies, successful social economies and solid national healthcare systems perfectly prepare us, free citizens exercising their democratic rights, to choose bio-digital convergence as the path to heaven on Earth?  It’s still not too late to get your very own solidary interface, injecting yourself with unimaginable economic growth on the NBICS sector, with precisely compiled performance accounting[18] of hybrid beings’[19] physical and psychological efficiency and enjoy vegetating in a carbon-neutral, social credit system world. Whether NBICS or bio-digital convergence, both are so auspicious there’s no need for doomsday prophecies. There are volunteers aplenty ready to become tame[20], healthy, long-lived superhumans.  If you look at it that way, a pandemic wasn’t really necessary to accomplish a barrier-free technological-biological territory. Neither, for that matter, is Klaus Schwab’s assumption that only war or pestilence mobilize transformative energies.

Note: Although this article is a journalistic work that neither serves to quench scientific thirst nor is obligated to do so, I have compiled the literature list below for those of you who would like to do their own research.