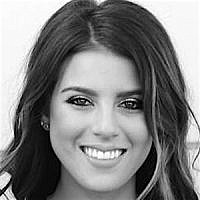 The Blogs
Jody Miller
Apply for a Blog
Advertisement
Please note that the posts on The Blogs are contributed by third parties. The opinions, facts and any media content in them are presented solely by the authors, and neither The Times of Israel nor its partners assume any responsibility for them. Please contact us in case of abuse. In case of abuse,
Report this post.

Imagine you’re 12 years old, it’s a hot, summer afternoon and all you want is your favorite ice cream. You ask your mother to let you go get one from the store just a couple blocks from your house and eventually she says yes. As you’re walking the two blocks to the ice cream store, you’re watching everything around you. You finally reach the store and as you’re about to walk in, it blows up.

That was an afternoon Hen Mazzig survived during the Second Intifada in Israel. There is one thing Hen remembers so specifically; his mom saying “thank G-d you’re alive.” She spoke nothing of hate, nothing of revenge but rather appreciation of life. That terrorist attack took the life of a grandmother and her 2-year-old granddaughter.

Today, Hen will tell you that afternoon changed his life. While most would think it’s because of his close encounter with terror and ultimately death, he will say it’s because of his mother’s words, “thank G-d you’re alive.” Hen realized the violence and terror would never bring peace and that the only way to do so was through helping the other side.

“If you help the other side prosper, peace will come faster.” Hen lived this belief when he joined the Coordination of Government Activities in the Territories (COGAT) unit in the Israeli Defense Forces (IDF). The COGAT unit helps to build infrastructure, provides farming and security training and humanitarian aid in the West Bank and the Gaza strip.

When Hen was serving in the IDF, he was called to a horrific scene. Two Palestinian children were playing in a field with an explosive device they found that had been left there to blow up and kill an IDF COGAT car. Hen and a fellow officer picked the children up and rushed them to an Israeli hospital, ultimately saving their lives. A few months later, Hen went back to the family home of one of the boys he had saved. When he got there, he was hugged by the mother and father, and for the first time, Hen was looked at like another human, not an enemy.

Israel is a nation that is founded upon the principles of hope. The title of the national anthem of this hopeful country is literally titled “The Hope”. It is this hope that in 2005 led the country to believe that unilaterally pulling out of Gaza the right move, with the hope that it was to be the final step before finally achieving that long-sought after peace. It is this hope that the country rode on as they elected Ehud Olmert based almost entirely on the election promise that he would pull Israel out of the West Bank – in the hope that they would find peace. But, as Palestinian violence, rockets stacked up, suicide bombings and stabbings continued to escalate, this hope naturally dissipated and gave way to an anxiety about what a Palestinian state in its current situation would create. Yet, despite everything that would discourage most, at every Israeli’s heart lies still this hope for peace. A hope for a future where their 18-year-olds can go to university to cure the world of its diseases and solve its most complicated problems, instead of running to mandatory military service.

Hen was brought to California Polytechnic State University in San Luis Obispo by CAMERA on Campus to speak to Mustangs United For Israel about his story of being a member of the Israeli LGBTQ community. That in itself represents a realized hope; a country in the Middle East – a region more notorious for countries like Iran where LGBTQ are legally executed– provides a haven for those who elsewhere would have given up hope for their future. Hen spoke about his personal hope, but this represents an Israeli characteristic of a much larger scale: a hope for peace, a hope for happiness.

While Israel is not a perfect country, and no county is, its beauty is that it is a work in progress, always striving to do better.

About the Author
Jody Miller is a third-year journalism student at California Polytechnic State University, San Luis Obispo. She works tirelessly to advocate for Israel's right to exist as a fellow for the Committee for Accuracy in Middle East Reporting in America and serves on the executive board of her pro-Israel group on campus.
Related Topics
Related Posts
Comments