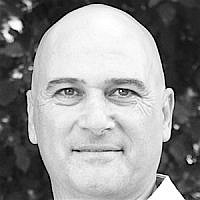 In 2006, the UN adopted the Convention on the Rights of Persons with Disabilities. More than 90 countries signed the act, committing to increase social inclusion, work and employment.

What are the results a decade later?

I can only speak for one nation, perhaps the only one to include people with disabilities in its army and across its society: “Who is like your nation Israel?” 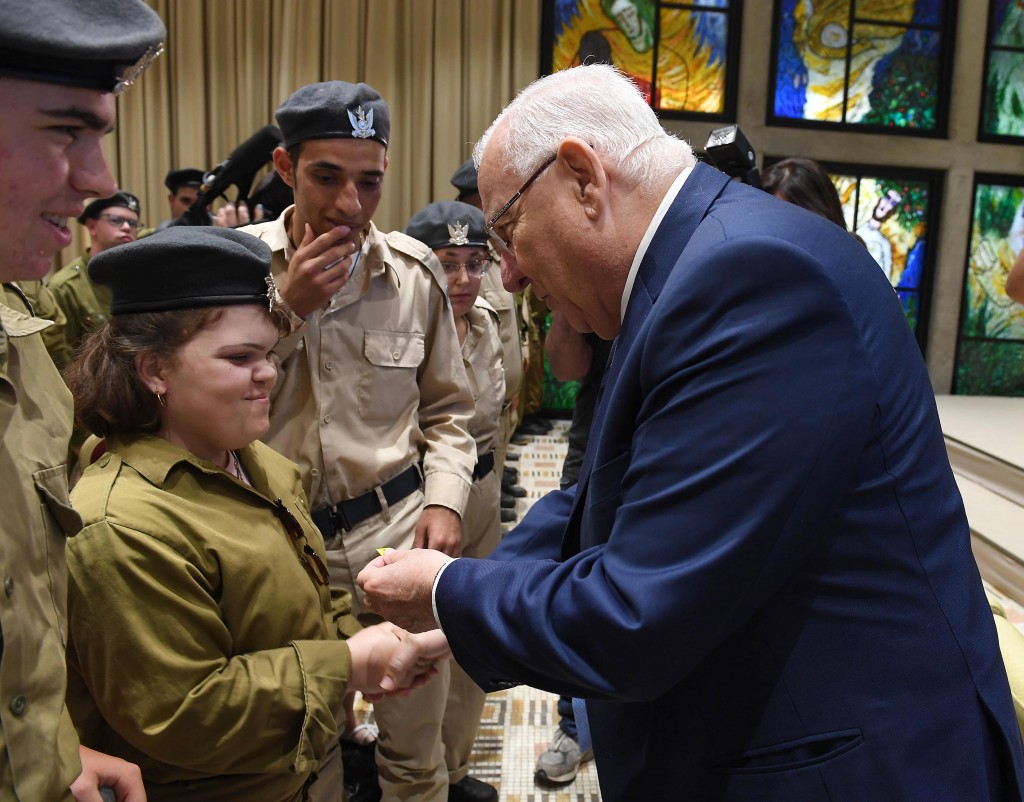 Last week, Israel’s President Reuven Rivlin honored 30 outstanding soldiers with disabilities, for their devotion and hard work. The soldiers enlisted through Special in Uniform, a signature program of the Israel Defense Forces (IDF) to integrate Israeli youth with disabilities into the IDF to serve alongside their fellow countrymen and women.

As a proud partner of the Jewish National Fund, Special in Uniform is working toward its goal to “ensure that the army is a place for everyone.” The program matches soldiers with units, commanders and tasks that ensure meaningful involvement. Throughout their service, Special in Uniform soldiers are provided with life-skills and career assistance and placement to assist with a smooth transition back into civilian life.

Speaking with obvious emotion, President Rivlin told the soldier he is “very proud” to welcome and salute them. “You are changing the fabric of Israeli society, helping create a more caring and inclusive culture in Israel.” 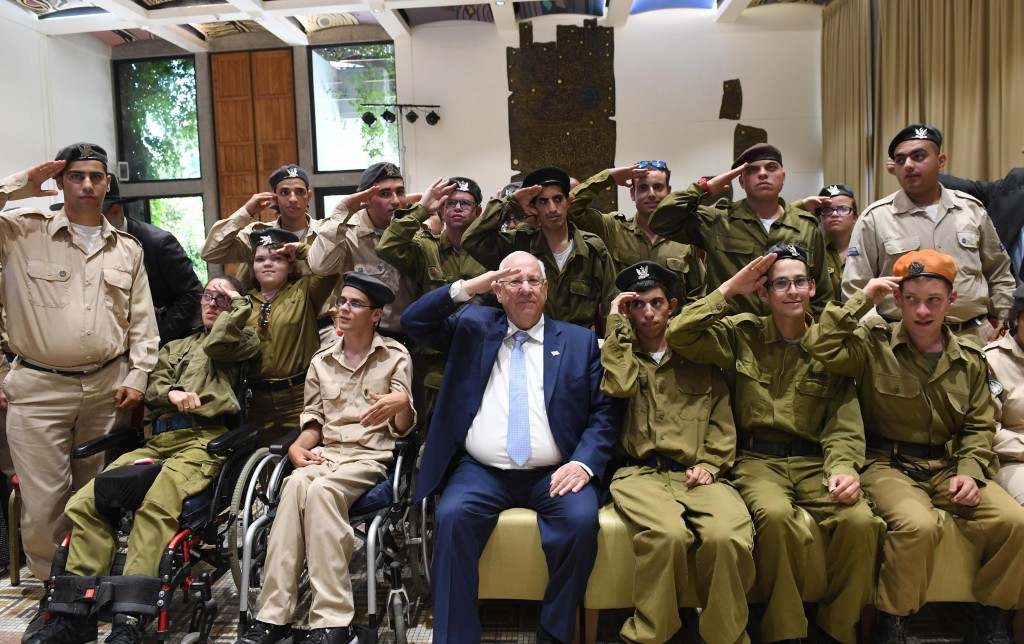 IDF Major Ricki Golan serves as a leader in the program. In remarks at the event, she quoted Rabbi Shlomo Carlebach: “All that a child needs is one adult who will believe in him.” Golan, who developed cerebral palsy as an infant, said her parents were two people who believed endlessly in her.

“My mother didn’t listen to the doctors who told her that I would never walk,” she said. “My father, a decorated four-star brigadier general, held my hand, never letting my physical disability diminish my love for this country and my desire to serve in the IDF.”

Major Golan acknowledged that not everyone has an encouraging dad like she did. Through organizations including Special in Uniform, these kids have someone to advocate for them.

Russel Robinson, CEO of JNF told the soldiers: “Each one of you is a testament to the fact that the IDF is outstanding, not because of its force, but because of its spirit and inclusiveness. Thank you for allowing us to be part of your lives.”

Robinson brought greetings from JNF leaders and supporters in the US, saying “we are proud of how far we have come, and open to the challenges still unmet.” He announced a plan to ramp up Special in Uniform to 1,000 enrolled participants by 2021.

“From all of us in USA we salute all of you,” he concluded to applause.