Rosh Hashanah will soon be upon us. Although there is a special lengthy prayer service for Rosh Hashana, the central observance of the holiday is the blowing of the shofar. Because of the significance of the shofar blowing, we tend to focus primarily on the auditory aspects of the shofar; that is to say, the various tonal patterns– tekia, shvarim, and truah;  the combinations thereof, as well as the total number of these patterns. The tekia is a single long tone, shvarim is a group of three shorter tones, and truah is a series of nine staccato notes.

When we were in Israel this past spring, we visited the Biblical Museum of Natural History located in Har Tuv /Beit Shemesh off the Jerusalem – Tel Aviv highway. 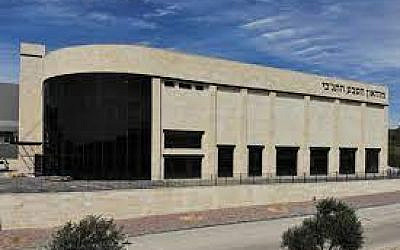 Biblical Museum of Natural History – Courtesy of the Museum. (courtesy)

Rabbi Dr. Natan Slifkin, the founder and director, has a particular mission. It is his contention that because of the lengthy hiatus of the Diaspora, when Jewish population centers were far from the Land of Israel, knowledge of Judean fauna was lost. Therefore,  when animals were named in the bible, they frequently became linked to familiar animals in the lands of their dispersion. A visit to this unusual and exceptional museum with a guided tour is a extremely insightful. 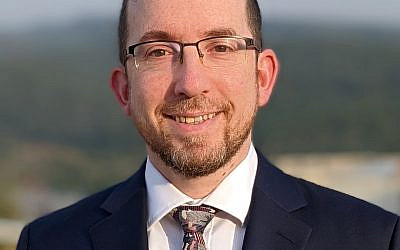 In addition to the permanent exhibits, there are rotating exhibits. When we were there, we  saw one titled The Shofar Hall. 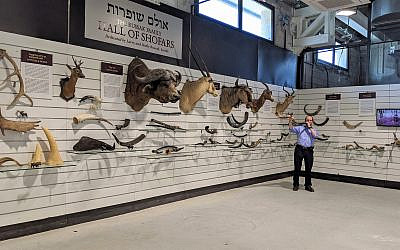 The Shofar Hall – Courtesy of the Museum

While certainly familiar with appearance of both standard and exotic shofarot  (plural of shofar), I had never given much thought to the shofar itself.

A deer’s antlers and a goat’s horn may seem similar but there are vast differences between them.

Antlers are found only in members of the deer family – Cervidae. They are not hollow and during the early growth period are composed of  bone, skin, nerves and blood vessels. As the antlers mature the outer skin or velvet is rubbed off and the inner bone solidifies and hardens. They develop from knobby structures on the animal’s forehead known as pedicles. Antlers are not permanent structures and are discarded each year and regrown. The etymology seems to mean located in front of the eye and apparently comes from Latin by way of Old French. 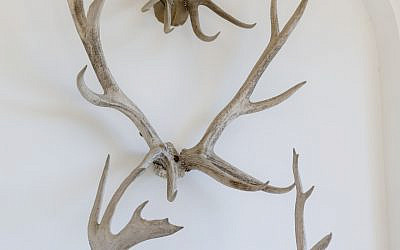 Horns, on the other hand,  are permanent growths on male animals in the Antilocapridae (pronghorn)   and Bovidae (cattle, goats antelope) families , and it is these that are used to make shofarot  Horns are composed of keratin fibers surrounding a core of bone. Keratin is a fibrous structural protein found in scales, hair, fingernails, hooves and the outer layer of skin. When the horn is boiled the inner core softens and slides out leaving an almost completely hollow structure. At the very tip of the horn, a small amount of solid keratin remains and a hole is bored for the mouthpiece which then is contiguous with the now-hollow core. 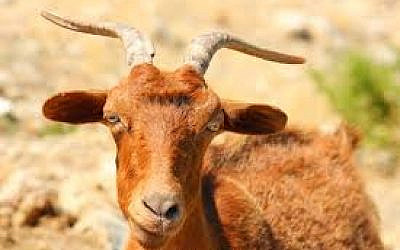 Not All Horns are Created Equal

There are some interesting anomalies, however, as to what animal horns can actually be used for a shofar.

A narwhal, a type of whale – Monodon monoceros –  may have been the source of the unicorn legend. The straight pointed structure is the left-handed helical spiraled left tooth of the animal and, therefore, does not meet the requirements for a shofar. A rhinoceros’ horn is solid keratin without a removable central boney core. Therefore, it too, cannot be used for a shofar. 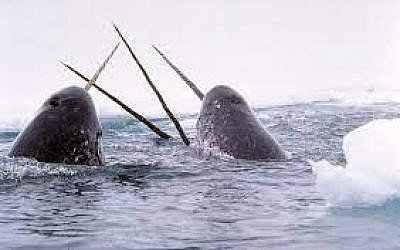 However, cattle horns, while physically meeting all the criteria for shofar are, also, not used. The Talmud makes the case, that  because of the sin of the Golden Calf, it would be inappropriate to use horns from this family. All related animals from this family, such as the American bison, are also disqualified.

While the Oryx (Genus Oryx), a member of the otherwise acceptable antelope family , has a wonderful long, straight horn, it is, also, not used. The traditional shofar is always curved. The symbolism involved for using a curved instrument is that on Rosh Hashanah we are bent humbly in prayer. The eland horn is also disqualified for being too straight. 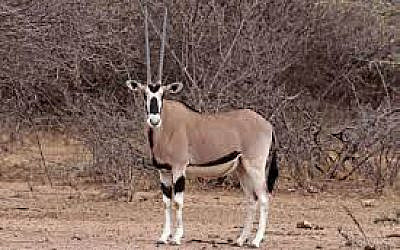 Likewise it is a problem if the horn is so deeply bent that the bony core cannot be easily removed. Such is the case with wildebeest horn the horns of which cannot be used.

Traditionally, however, the most widely used shofarot come from domesticated male sheep. Again there is religious symbolism involved. In this case, it is related to the Akedat Yitzhack, where it becomes a testimonial to (Avraham’s) faith.

Heat is one of the most important tools for creating the shofar. In many cases, the ram horn is still very curvy in its natural state. It can be heated over an open flame. Then by securing the narrow end under a press, it can be manipulated by hand  and straightened. The exterior of the horn is rough. The surface is gradually scraped and smoothed using four different grades of abrasive, starting with coarse grades and ending with a very fine one. Once the surface is smooth, the tip is cut off and a hole is drilled through the small amount of remaining keratin to create the mouthpiece. Again, using heat, the opening is widened, creating an interior empty cone. Finally the shofar is polished and is ready for use.

I have been in the synagogue on Rosh Hashana for many years and have ever given the shofar itself a great deal of thought. I hope you will find that this article will add to your understanding and intentionality.

About the Author
Sura Jeselsohn has a background in science and is an avid gardener and quilter. Her weekly column, Green Scene, is published in the Riverdale Press. She has published a book, "A Habit of Seeing: Journeys in Natural Science" , available in paperback and Kindle at Amazon.com.
Related Topics
Related Posts