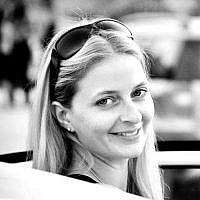 The Blogs
Melisa Carr-Ashkenazi
I'm not saying anything, I'm just saying....
Apply for a Blog
Advertisement
Please note that the posts on The Blogs are contributed by third parties. The opinions, facts and any media content in them are presented solely by the authors, and neither The Times of Israel nor its partners assume any responsibility for them. Please contact us in case of abuse. In case of abuse,
Report this post. 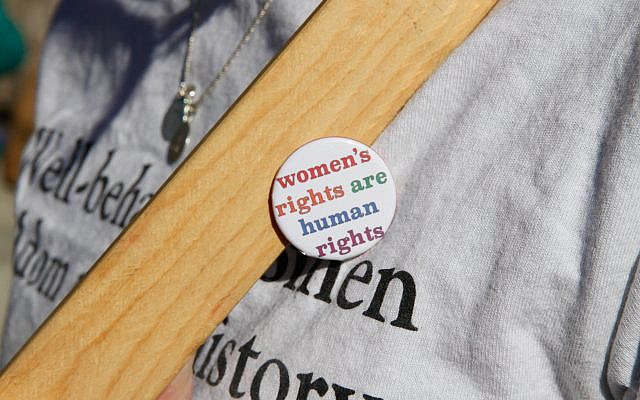 Being born in the 1970s, having the right to choose what to do with my body has always been a given. Growing up in the New York City school system I was well versed in the history of the United States and all the monumental achievements that occurred throughout its history.

Plessy v. Ferguson (racial segregation was lawful by “separate but equal”) was overturned by Brown v. the Board of Education (“separate but equal” was made unlawful in education) in 1954. Miranda v. Arizona in 1966 (5th amendment protection against self-incrimination), Loving v. Virginia in 1967 (interracial marriage), which allows Clarence Thomas, the Supreme Court judge against abortion in the majority overturning Roe v. Wade, the right to marry his wife, but hey– let’s not go there. But mostly to women’s rights, Roe v. Wade, where a women’s liberty to choose to have an abortion was her right and not the legislature.

These have been fundamental rights that have been on the books my entire life and also used as the cornerstones of more rights like gay rights in the anti-sodomy lawsuit Lawrence v. Texas decriminalizing homosexual relations. In 2015 the Supreme Court ruled that no state could ban same-sex marriage in Obergefell v. Hodges paving the way for millions of Americans to fulfill their dreams of marrying their beloved partner.

These are all cases and moments in history that reinforce the beauty of the American dream of “life, liberty, and the pursuit of happiness” yet they appear to be coming to an end.

For the first time in my life, I now feel like a second-class citizen in the United States even though I don’t live there anymore, I still feel stripped of my equal status, standing alongside men. How could it be that being “pro-choice” harms “pro-lifers”?

In all seriousness though, when a person, such as myself, is pro-choice, it does not mean that I want or would choose to have an abortion for the sake of having an abortion. It means that I believe all women have the choice to decide for themselves. No one is forcing a pro-lifer to have an abortion, so it seems rather forceful of them to impose their pro-life choice on me or others.

And– if we must get down to the nitty-gritty of the issue, in Roe v. Wade the real question was the right to privacy of a woman to decide what to do with her own body with regards to abortion. The safety of the woman is of course the first issue at hand since she is a living human being. The status of the fetus is only considered at the point of “viability”, a term used when deciding if the fetus can survive outside the womb on its own and thus considered a life entitled to the same rights as others.

This is why Roe v. Wade divided a woman’s pregnancy into trimesters according to the viability of the fetus which it stated roughly toward the end of the first trimester. The heart of Roe v. Wade is the woman’s right to privacy concerning her health and well-being. In the 14th Amendment of the Bill of Rights, the Due Process Clause states:

No state shall make or enforce any law which shall abridge the privileges or immunities of citizens of the United States; nor shall any state deprive any person of life, liberty, or property, without due process of law; nor deny to any person within its jurisdiction the equal protection of the laws.

The woman’s safety and the women’s health should be decided by her and her doctor and not by the lawmakers of her state as afforded to her by the 14th Amendment noted above. This has all but changed with the overturning of Roe v.Wade by the Dobbs v. Jackson Women’s Health organization case that was decided on June 24th, 2022.

Dobbs v. Jackson doesn’t consider the woman at all and instead states that the “unborn human life” is of more importance than the woman– period. A quote from the decision of Dobbs v. Jackson says:

The Constitution does not confer a right to abortion; Roe and Casey are overruled; and the authority to regulate abortion is returned to the people and their elected representatives.

Casey v. Planned Parenthood (1992) altered the provisions of the right to abortion, yet upheld Roe v. Wade. The court overturned the trimester framework and changed it so that the states have the power to determine the viability according to their own discretion, which meant that each state could decide when abortion was no longer allowed based on their determination of the viability of the fetus. Because of the Casey ruling, many states imposed harsh laws that made it more difficult for women to obtain a safe and legal abortion in their home state.

The court’s argument in overturning Roe and Casey is that the constitution does not explicitly refer to an abortion as a right and that Stare Decisis or precedent in the history of America before Roe v. Wade did not afford abortion as a right, and common law criminalized abortion at least after “quickening” (the fetal movement). In their own words, the Supreme Court expresses that common law only criminalized abortion after quickening and not before, which begs the question that the argument they use for historical analysis can go either way.

Should we roll back all the progress made throughout history because that was the precedent? I think not!

There is a quote that I love by Winston Churchill–

So here we are repeating historical mistakes again because some have not learned yet. And who shall suffer from this? Women.

It is clear to me and many others that the Supreme Court is stacked with conservatives, and this has led to the justification of imposing their personal beliefs upon the American people. Three of the judges were appointed by Trump and two swore in front of the senate during their nomination hearings that they would not go against the precedent of Roe v. Wade.

Yet here we are– with women’s rights being taken away and states rushing to ban abortion faster than you can tie your shoes. Leaving it up to the states to decide whether a woman can have an abortion puts the control of a woman’s body into the hands of lawmakers and not the women themselves. This is a fundamental problem that has extremely detrimental consequences for millions of Americans.

When a woman is raped will she now be forced to carry her rapist’s child and give birth to a baby that is a constant reminder of that tragic event?

Is this the beginning of a change in course for the U.S.? Once a beacon of hope for its citizens and now moving towards a restrictive society that puts people in a box and if one doesn’t conform to the box then they are penalized for their individuality.

For me, the very idea that I have fewer rights than I did a week ago, regardless of whether I live in the U.S. or not, hurts my very soul and brings tears of sadness and venom to my lips from the anger that possesses them, when hearing of overturning of Roe v. Wade.

I am now a second-class citizen as are all female Americans compared to our male counterparts. This path of going backward is a dangerous one for all persons that are not white male heterosexuals.

And so I say to all my fellow Americans, today it’s women’s rights to do what we wish with our own bodies, but tomorrow it could voting rights (which are losing ground already), LGBT rights, gay marriage, and a whole slew of rights I can’t even imagine could be taken away.

My mother says, “if you live long enough, you will see it all”, but she also says, “never give up!” So what shall we do?

FIGHT till the end!

Although we may have lost standing, we will never stop fighting until it is ours again and even more than before.

About the Author
Melisa is from New York City and lives in Israel with her husband and two boys. Sometimes she's a full-time homemaker, and sometimes a full-time career woman. Melisa's passion and curiosity lead her on many paths in life. She holds an A.A.S. in Criminal Justice, a B.A in American Studies and an M.A. in Education, all from the S.U.N.Y. Currently, it’s her passion for writing.
Related Topics
Related Posts