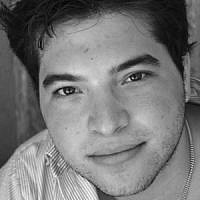 The Blogs
Alan Verbitzky
Apply for a Blog
Advertisement
Please note that the posts on The Blogs are contributed by third parties. The opinions, facts and any media content in them are presented solely by the authors, and neither The Times of Israel nor its partners assume any responsibility for them. Please contact us in case of abuse. In case of abuse,
Report this post.

Israel has an edge over its enemies in almost every possible field. Our military is considered la creme de la creme, and our technological innovations and amount of successful start-ups are something any other country in the world would want. We are superior in all of these fields because we had to survive, because the options were clear; either we do it or it can be too late.

We have an edge on all of these fields, but there is one field where we are way behind: Public Relations. We have one of the most progressive and fair human rights systems in the world, where all of Israel’s citizens; homosexuals, women, arabs, jews, blacks, etc, are equally protected by the full extent of the law, yet, Israel is perceived as one of the worst human right violators. Our military is without a doubt the most ethic military force in the planet where even though rockets are raining from Gaza the IDF does everything in its power to avoid or at least to minimize civilian casualties. Think about it for a second, a country which is being attacked from a piece of land which they unilaterally withdrew from in the hopes of peace isn’t responding with all its might, like any other country would in order to protect its civilians and kill those who wish to annihilate it; rather, they are calculating every single attack and sometimes even losing the opportunity to hit terrorist in order to save civilians who most probably hate them. Who does that?!, well Israel does, yet, we are accused of military brutality and the IDF soldiers perceived as monsters. It is the ultimate irony, Israel is accused of being everything it’s not and condemned for not being everything that actually is.

The second reason and the main topic of this article is PR. There are many good-hearted people who side against Israel because of what they hear in the news and in false propaganda. As I explained in a previous article I wrote (https://blogs.timesofisrael.com/liberals-of-the-world-wake-up/) those people are helping the very thing they oppose, and they don’t even know it.

It is very hard to change the minds of irrational anti-Semites, but it’s not so hard to change the hearts of good, kind people who are trying to do what their moral compass tells them to do. What we have to do is to show them the truth.

Let me quickly tell you the story of how I discovered what we are doing wrong in the field of PR. I once was falsely accused of doing something, I was very upset and kept telling people about how I didn’t do it, giving evidence, and complaining about how unfair it was. One of those times a very smart man told me “are you sure you didn’t do it?” to which I responded with anger and indignation “no!”. He said, “I’m sorry is just that you defend yourself so much that it looks like you did.”

Then it hit me, what I was doing is the same thing Israel has been trying to do, I was trying to defend myself and giving explanations to everybody because I was going through an injustice, but by doing this, I was actually achieving the opposite of what I wanted.

Now that I think about it, it makes perfect sense. If someone has to explain their actions or false claims over and over again, then surely they did something wrong and they are trying to cover it up. Or at least that is the way it looks to people.

There is one more point about what we are doing wrong before I go to what I think should be done instead. Let’s say you work in an office, you’re doing your regular tasks when all of the sudden your co-worker Yasser accuses you in front of everybody of stealing Leonard’s wallet, you proceed to defend yourself, and say that you have been on your desk the whole day, but now there are those who doubt you. The following week, again, Yasser interrupts work, this time by accusing you of stealing Michelle’s phone, you again defend yourself, but now people start getting really suspicious of you. Leonard’s wallet and Michelle’s cellphone are indeed missing, somebody must’ve taken them, and you are the only person being accused of this. You see, the problem here is that with every new accusation that Yasser makes against you, more and more people will get suspicious of you, the only option with every new accusation is people staying neutral or start perceiving you in a negative fashion. Nothing good can come up for you out of every accusation.

This is exactly what happens with Israel, the Palestinians accuse Israel of indiscriminately targeting civilians and Israel responds “It’s not true” and gives all the possible evidence to prove this, some people will believe Israel and some others won’t. Then they accuse Israel of being an apartheid state, Israel gathers all the possible evidence to show this is not true and presents it to the world; but again, the only two options here are; some people will remain where they were and others will start to fashion negative sentiments against Israel. If Israel keeps being accused and accused and accused and accused, then surely some of the claims are true.

So, what’s the solution?

Who do you think the wallet and cellphone thief was in the office scenario I presented to you? it was Yasser. When Yasser accused you, he put you in the spotlight automatically turning all eyes towards you. People didn’t even consider another suspect. And even if they would, who would have suspected of the man who brought the issue into attention anyways? What a genius move by Yasser.

In that scenario, there was always another option other than only saying “I didn’t do it” and trying to prove it. There was always a way to avoid people either staying neutral or suspicious towards you. There was always the option of figuring out who did it, and pointing your finger towards that person, so people react to him the way they did to you. But in this case, unlike you who were able to gather some evidence that you didn’t do it, Yasser won’t have any because he is indeed guilty.

The solution is to point our fingers the same way their fingers are pointed at us, the solution is to attack them in the same way that they attack us. Won’t this be a war of my word against his word you might ask?. I began this article by citing the many edges that Israel has over its enemies, but I didn’t mention the most powerful of them all; we have the truth. We have the most valuable of all advantages, let’s use it!

Many amazing, honorable, righteous, and indispensable institutions work tirelessly day and night to give the facts right and to prove wrong every single false claim made against Israel. These thousands and thousands of facts, videos, and projects could not possibly be produced if we didn’t hold the truth. Yet we are still losing this battle. These institutions’ work is essential and shouldn’t stop; we need the evidence to defend ourselves, but it should be combined with an extremely vociferous and blunt campaigns of condemnation against the other side, in order for the world to finally hold them accountable.

We are losing this battle, because despite the crucial work that these institutions do by giving evidence trying to prove that we are not the way we are portrayed to be, all eyes are still on us. Just as they were on you on the wallet thief scenario.

Just look how much the “Anti-Zionists” have achieved by claiming all these lies even though we have extraordinary intellectual defenders to prove them wrong. Now imagine what we could achieve if we use their same strategy but by claiming truths. Imagine what would happen if the world realizes the tremendous atrocities these people do and how they (the people of the world) have been manipulated by the lies of these individuals.

Their claims kill people, their claims create incitement and lead ignorant people to believe their lies and act against Israel, their claims cause fanatics to take a knife and go kill a Jew, their claims cause the entire world to question the legitimacy of our very existence. Their claims are not just words, they are verbal bullets that literally kill, this is a war outside the battlefield, and here too we MUST find our edge.

About the Author
Alan is originally from Mexico City where he lived until he was 20 years old. He was raised in a conservative-reform household. Alan moved to New York City when he was 20 years old to study Political Science at Yeshiva University. Just prior to that, he spent six months in Israel on a MASA program. Alan’s dream is to one day make Aliyah and to work for the Israeli Government so that he can help his home (Israel) and his fellow Jews all over the world.
Comments