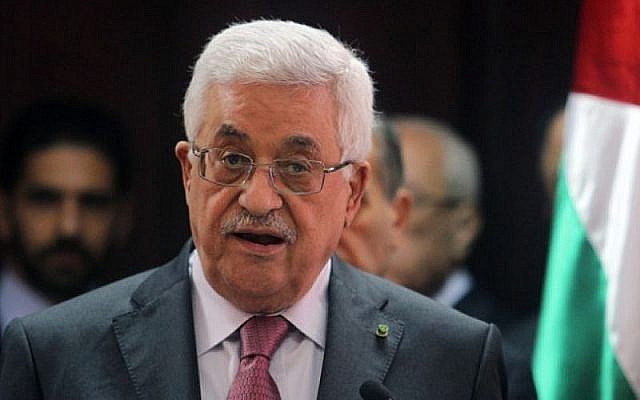 One would be a fool not to admit that the Palestinians have suffered severe setbacks during President Trump’s term in office. The transfer of the US Embassy to Jerusalem, the closure of the PLO office in Washington, the cuts in UNRWA funding, and the publication of the one-sided “Peace to Prosperity” plan were heavy blows, but they almost fade in comparison with the intolerable lightness with which the Arab states are jumping on the bandwagon and abandoning their Palestinian brothers to their fate.

President Abbas’s statements that the Palestinians are ready to engage in negotiations based on the internationally agreed parameters are being treated like yesterday’s news. With the Arab Peace Initiative having been turned upside down and the principle of territory for peace losing ground, everyone is calling on the Palestinian leadership to stop repeating its well-known positions and devise a new strategy.

Clearly, a change is needed, but what are the options? The change that the United States and Israel want is acceptance of the Trump plan, which would mean giving up on the establishment of a viable, contiguous, and sovereign Palestinian state. When the international community, which continues to stand by the two-state solution, says that it wants to hear something new from the Palestinians, it is basically saying that they need to be more flexible and make additional concessions in advance of negotiations. And among the Palestinians, those who are calling for a new strategy want their leaders to either abandon the two-state paradigm and call for one state, stop talking statehood and start demanding civil rights, return to armed struggle, or – and these are few and far between – set aside the struggle for national liberation and accept the ”economic peace” that the United States is dangling in front of them.

But there is another, simpler way. The Palestinians need to change their image from naysayers to yeasayers, and they should start by taking a page out of Israel’s book.  Although the Oslo process was stopped by an Israeli assassin’s bullet and the Annapolis talks came to an end because of an Israeli prime minister’s indictment, it is the Palestinians who are stigmatized as being those who “never miss an opportunity to miss an opportunity.” Meanwhile, Israel, despite deepening its hold on the occupied territories for over half a century, has been quite successful in marketing itself as the party that is ready to embrace any hand extended in peace.  To turn this around and get the international community to start listening to them again, the Palestinians would be wise to stop saying “no,” even if they are justified, and adopt the use of “yes, but….”

Imagine that the Palestinian leadership were to issue a statement thanking the Trump administration for the efforts it invested in drafting a comprehensive plan to resolve the Israel-Palestine conflict. It would express appreciation for the administration’s desire to help the Palestinians achieve a better future and would welcome the decision to base the U.S. “vision” on two states. After opening with a strong, positive message without actually committing the Palestinians to anything, the statement would go on to propose a series of amendments to the Trump plan, such as:

The statement would conclude with a call to the United States to invite the parties to Washington for negotiations within the framework of the Trump plan while acknowledging the Palestinian amendments as the basis for the talks.

There you have it. The headlines would read “Palestinians Say ‘Yes’ to Trump,” and in these times when public opinion is shaped by sound bites and spin, that’s what counts. Overnight, the Palestinians would stop being painted as the rejectionists, and the ball would land hard in Trump’s court. Not that Trump would be likely to pick it up or that Netanyahu would be willing to play if he did, but the Palestinians would then be able to argue that “there is no partner” and perhaps score some wins in the struggle to gain recognition of the State of Palestine now.