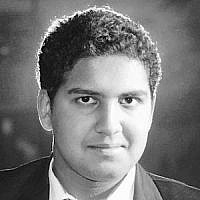 The Blogs
Sarmad Iqbal
Apply for a Blog
Please note that the posts on The Blogs are contributed by third parties. The opinions, facts and any media content in them are presented solely by the authors, and neither The Times of Israel nor its partners assume any responsibility for them. Please contact us in case of abuse. In case of abuse,
Report this post. 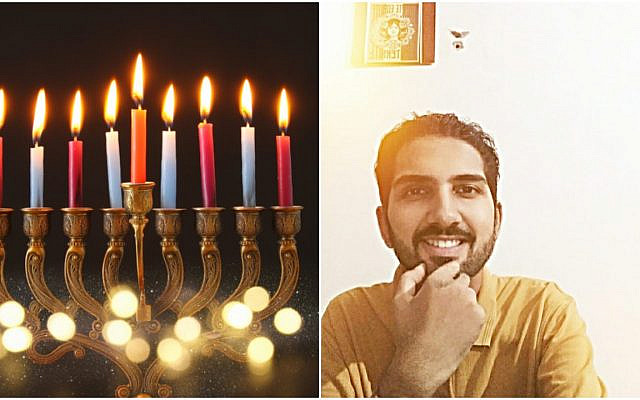 Unfortunately, in my part of the world, it is being considered almost a religious obligation to hate and simultaneously blame and lambaste the God’s chosen people and their only state in the world, but I instead take pride in doing the exact opposite by believing in defying this ritualistic odium by standing up for what is right and that is what is peaceful and what brings us together as humans. I pen this article out of my fascination for the Jewish festival of Hanukkah.

The very spirit and story behind the luminous celebrations of Hanukkah dazzle and overwhelm me with awe and enchantment.

Iam impressed beyond words by the kind of zeal and vigor a small army of Jewish Maccabees had in their possession to rise in a rebellion against their religious persecution carried out barbarically by the king Antiochus IV Epiphanes of the ruling Seleucid Greek empire in 168 BCE. It is indeed spellbinding to see a small group of enthusiasts regaining control over their sacred Temple which was desecrated on the orders of the aforementioned king through the installation of an altar to Zeus (the Ancient Greek God of the sky, lightning and the thunder) and through the sacrifice of pigs there (prohibited strongly in Judaism). The historical event that took place in Jerusalem in the 2nd century BCE inspires the kind of individual in me who seeks and desires to stand for what is right and against oppression despite all the odds. Maccabees inspire me to stay determined on the right and just path I have embarked upon and once I am done with the embarking part then there is no looking back no matter how strong and how much diabolical is the force opposing me. This story of survival in spite of all the difficulties makes me a firm believer in the final victory of truth over what is unjust and repressive. The lesson we as humans (regardless of whether we are from a Jewish background or not) can learn from the triumph of Maccabees is to never lose hope and never resort to despondency because there is always an eventual day of victory for the ones who stand with what is righteous and what seeks to resist the forces of tyranny and despotism.

The way the temple menorah’s flame miraculously stayed alight for eight days shows us that it’s the light that will remain superior over everything that is dark and nebulous. Hanukkah is the victory of light and of hope over darkness and despair.

I a Pakistani blogger and a flag bearer of global peace wish all the Jewish friends Hanukkah Sameach. May your prayers be answered and so of those in other parts of the world at a time of our global and collective fight against COVID19, remember me in your prayers and while lighting the menorah, eating gelt, playing the dreidel game and cooking and baking Sufganiyot and Latkes.

About the Author
Sarmad Iqbal is a Pakistani writer,blogger and student who has a penchant for reading, writing, learning languages, studying cultures, religions and Geo-Political affairs. He can be reached at his twitter id @sarmadiqbal7 .
Related Topics
Related Posts
Comments