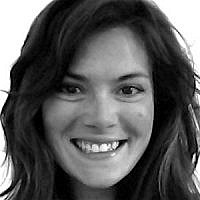 The Blogs
Kathleen Parisien
Apply for a Blog
Please note that the posts on The Blogs are contributed by third parties. The opinions, facts and any media content in them are presented solely by the authors, and neither The Times of Israel nor its partners assume any responsibility for them. Please contact us in case of abuse. In case of abuse,
Report this post.

From living in Israel, and studying Conflict Resolution and Mediation academically, I am learning that everyone has an opinion about the Israel-Palestine conflict, and no matter how accurate you think your opinion is, the next person you talk to is most likely going to challenge you. The different opinions are just as complex as the conflict itself.

Instead of using this blog forum to discuss my opinions, I want to share a story. A story about what it felt like for me as a Canadian to spend 5 days in the Israeli-Occupied territories of Nablus, the Jordan Valley, Jericho and Ramallah. Instead of focusing on studying the conflict from a classroom, I wanted to live amongst Palestinians to understand their regular lives. Before leaving Tel Aviv, my friends questioned if I was excited, and some friends in Canada told me to have fun. I thought to myself, are my friends really aware of what I was getting myself into? Either way, I was curious and ready to embark on a learning opportunity with my Palestinian friend, who is also obtaining his master’s degree at Tel Aviv University.

Arriving in Nablus by bus was straightforward, and I was immediately surprised by how beautiful the landscape was. The city of Nablus is a city situated on, and in between mountains. Houses are constructed out of beautiful white limestone rock, and roads are lined with a mixture of luxurious, and rusty cars. My friend’s mother greeted us with authentic Palestinian food, and all of a sudden, I was surrounded not by Hebrew, but by Arabic. 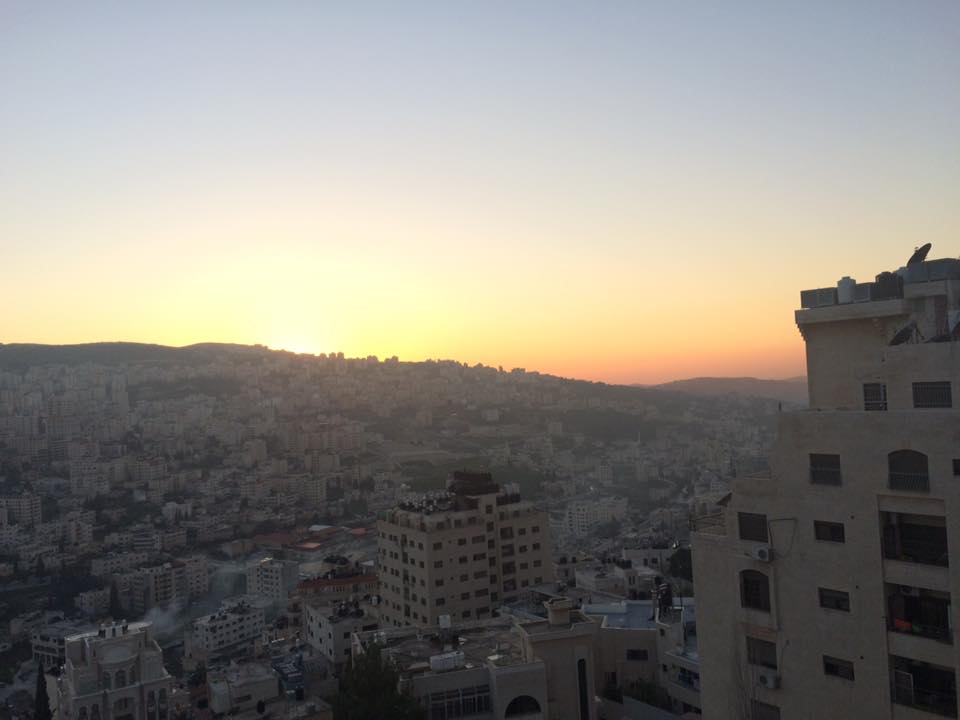 At night, my friend took me to meet several of his Palestinian friends. Most were excited to discuss politics with me, and all had perfect English as those who come from economically fortunate families, are able to study in Western countries. I was surprised when they asked me how life was in Israel. From speaking to more than 15 different Palestinians, I have learned that they express very similar concerns as Israelis do. They express the desire to live peacefully, to grow their economy, to be understood, and they expressed being scared of Israelis.

I was shocked to hear that most Palestinians had never been to Tel Aviv, furthermore that they are scared to travel to Israel. Most Palestinians do not have Israeli friends, and have only encountered Israelis as soldiers, not as civilians. However, I learned that some of these young, bright-minded Palestinians have participated in some kind of peace-making process through NGO’s like Hands of Peace. Several Palestinians, and Israelis alike travel to the United States or Europe to be apart of conferences, or facilitations. I, myself even got an offer to fly to New York to be a facilitator between Palestinians and Israelis. I was shocked. Why would I travel back to North America, when there’s an abundance of Israelis and Palestinians right here in the Middle East?

On my second day, my friend’s father and grandfather invited me along with them to Jericho, which involved traveling through the Jordan Valley. Little did I know, that these two men own over 1,000 Palestinian farming land throughout the Jordan Valley. We drove through mountain side roads and stopped at over 10 different farms to have tea, and briefly talk about business. Some of these farmers were Palestinian, some were Israeli. The business of agriculture allows for no other alternative than co-existence. Palestinian farmers export their produce to Israel, where they can make more money off their produce. 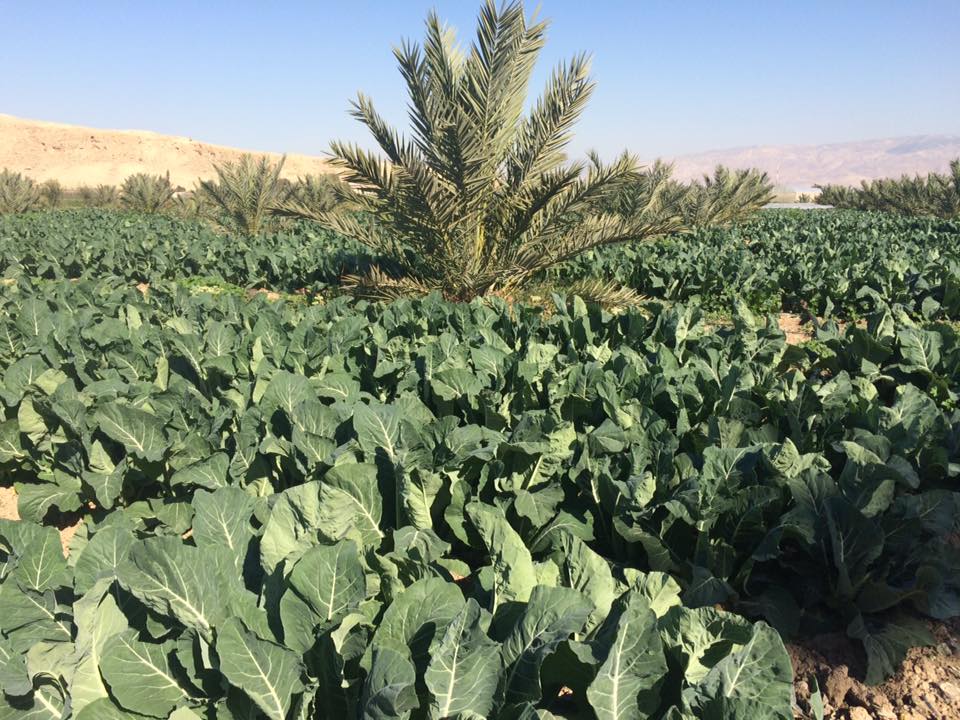 The father pointed out various villages along the way, and showed me land that was previously his, but had been taken by the Israel government, and given to Israeli farmers to grow grapes, bananas and other crops. The difference in greenhouses, and technology between Israeli and Palestinian farmers is undeniable. From the Oslo Accords, the West Bank is divided into three sections that authorize how much self-governing ability the PA would have. Area A is strictly controlled by the PA. Area B is Palestinian civil controlled, but joint Israeli-Palestinian security control, and Area C is full Israeli control. These areas are not easily compartmentalized, but rather the division of land is skewed.

As we drove through the Jordan valley, his father went on to explain to me the different legalities involved in the different areas, especially when it comes to water politics. In area C, Palestinian farmers are only relying on water wells that were established by the Jordanians prior to 1967. If Palestinians wish to dig for fresh water, to access the Western Aquifer, they are only permitted to dig 100 m, whereas the Israelis can dig up to 300 m. His father told me that at 100 m, there is not enough water. 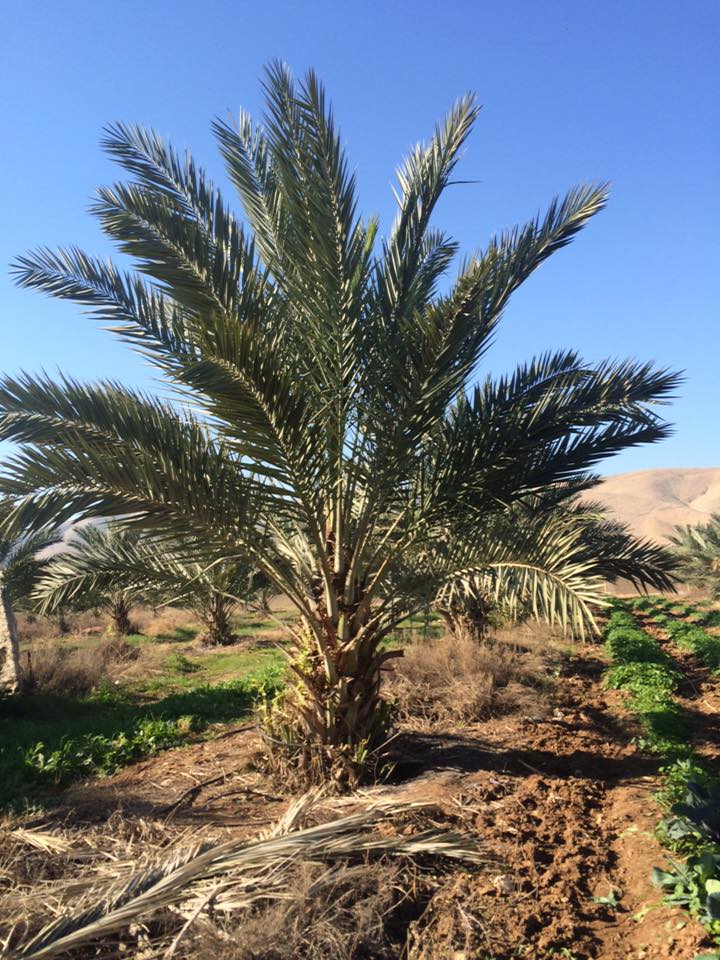 Tensions of fear and nervousness rose amongst the three men as we approached a checkpoint. Instead of having clearly identified lights indicating drivers when to proceed, it is very ambiguous. After waiting a few minutes for the soldier to signal us through, from the backseat I told my friend to drive as it just seemed like the practical thing to do. When we reached the soldier, we saw him holding a large machine gun with his finger on the trigger, who spoke in Hebrew to us, “Hakol Beseder?” (Everything alright?). His tone was crude. We said, “Yes,” and proceed to drive, until the soldier yelled for us to stop. He stared at us crudely, and then finally lets us go.

I was scared, as the idea of not know what can happen is an emotional experience. However, I was also thankful that very little words were exchanged, as no one in the car knew how to speak Hebrew. This made me question how come soldiers are not trained to speak Arabic, if they are serving in Arabic societies?

Jericho, like Nablus was a calm town. We picked tomatoes from the family garden, and visited another farm with an abundance of eggplants. The air was clean, and it was honestly a very peaceful place to be. To the extent, that I promised my friends father that I would frequently return to work on the farms. Living in Tel Aviv is chaotic, and stressful. Being in the countryside gave me tranquility. 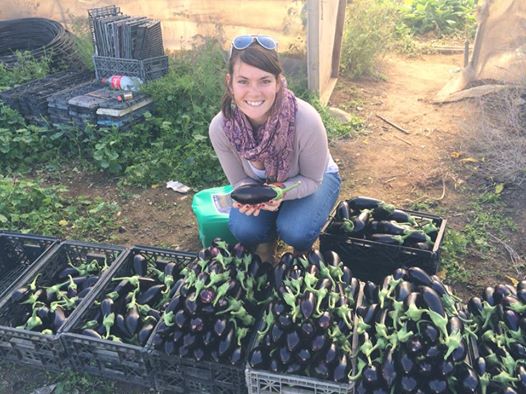 When people talk about the conflict, they talk about security, human rights and so on. I never hear people talk about the politics of love until I met a young man from Nablus, who had recently traveled to the U.S. to interview for a medical residency. He told me that he was engaged to a Palestinian girl that lived in Jerusalem, but they had met while at University in Jordan. He expressed to me that he really hoped to move to the U.S. as it was too difficult for him and his future wife to settle down together in the West Bank. Following the 1967 war, Israel unified Jerusalem, therefore East Jerusalem residents received an Israeli resident identification, which comes with Israeli health insurance. However, even if the two get married, he is forbidden to move there.  He explained that he cannot cross over to Jerusalem, leaving their only option to seeing each other in Ramallah. Since the checkpoints open and close whenever the Israeli Defence Force (IDF) wishes, commuting to see each other is complicated and adds a lot of stress on their relationship.

I myself personally felt this stress when my friend and I were leaving Nablus, returning to Tel Aviv. As we got into a taxi, we were headed for the Qalandia checkpoint, but my friend turned to me and said that all the gates (checkpoints) out of Nablus were closed. I thought we could pass through the Ariel checkpoint, but since my friend is a Palestinian, he is forbidden from doing such. I immediately felt anxious, and confused as my life was currently being interrupted by the IDF. I had plans to meet with professors the next morning and was stressed that if I did not make it out of Nablus that night, I would miss important meetings. My mind started to race, and I began questioning where my freedom went? My friend told me to check my iPhone for any news broadcasts, but the 3G network was as usual not working properly, thus only exacerbating my anxiety.

Evidently, the taxi driver took us through several small Arab towns, to finally reach Qalandia. Without interruptions, the drive is 45 minutes, but after two hours, we finally reached the Qalandia checkpoint.  We then walked through a dirty, cold and damp check point where an Israeli IDF soldier screamed at me “Passport! Passport! Passport!”, leaving me only confused as I was handing her my passport through the glass window, but then I realized that she wanted to see my Israeli visa. I found the whole process confusing and degrading, while my Palestinian friend just thought it was a normal process. When my friend and I finally got back to Israel, we were jumping with joy, but utterly exhausted. I was glad to be heading back to the Tel Aviv “bubble”, but having experienced first hand what Palestinians go through, gave me a perspective that I could have never learned in a classroom.

About the Author
An open-minded, "Critical Cathy" that challenges existing social norms. A Criminologist, and Political Scientist by academia, and an international backpacker by vocation. She is in Israel to learn, but also to expose realities that are often neglected in main stream media.
Related Topics
Related Posts
Comments
Advertisement