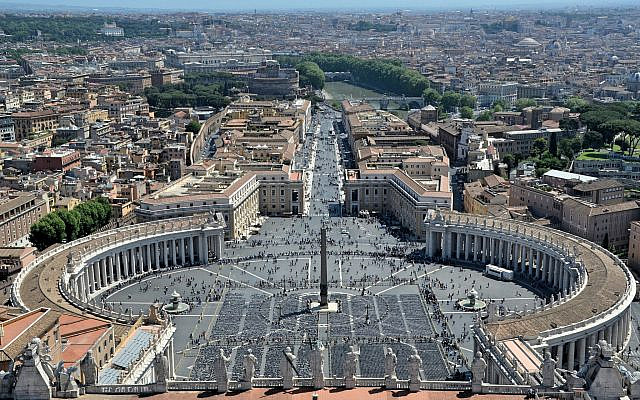 Pope Francis is making a three-day whirlwind tour of Iraq. Despite the dangers presented in a nation ravaged by years of war and conflict, to say nothing of coronavirus, he will visit Baghdad, Najaf – the Shiites’ holiest city in Iraq, the Plain of Ur, Erbil, Mosul and Qaraqosh. If the reader is feeling exhausted by this itinerary, just imagine how the 84-year-old pope is feeling.
Perhaps he is too exhausted to think straight.

Visiting the site of yet another massacre of Christians by Moslems, where 58 worshippers, priests, police and bystanders were killed back in 2010, he declared, “Their deaths are a powerful reminder that inciting war, hateful attitudes, violence or the shedding of blood are incompatible with authentic religious teaching.”
Well, he may believe that but, clearly, the Moslem jihadists do not agree with the Pope’s view of the world. The odd massacre or two seem to be very much in keeping with their understanding of what their God wants of them.

Over the years, we in Israel have not been too impressed with the Vatican. The Catholic religion is a relative newcomer, having been invented around the year 30 Common Era. That’s not quite 2000 years ago. Judaism is, of course, the world’s oldest monotheistic religion, dating back nearly 4000 years.

The Vatican has always been a little slow in its dealings with Israel. The Vatican supported the 1947 UN General Assembly Resolution 181, which partitioned Palestine, but it then waited another forty-five years before formally recognizing that the Jews were, at last, back home. Perhaps they were concerned that they would have to give up their zucchettos as being too similar to kippot.

They need not have worried. Zucchettos, Italian for a small gourd, were originally worn for purely practical reasons, to cover their short haircuts. Observant Jews wear their kippot because the Talmud says: “Cover your head in order that the fear of heaven may be upon you.”

So, the Pope, wearing his kippah, is in Iraq. He has called for an end to the bloodshed – “May there be an end to acts of violence and extremism, factions and intolerance,” he said.

Let us hope that someone is listening and there are no Islamic terrorists just waiting to take a pop at the Pope.