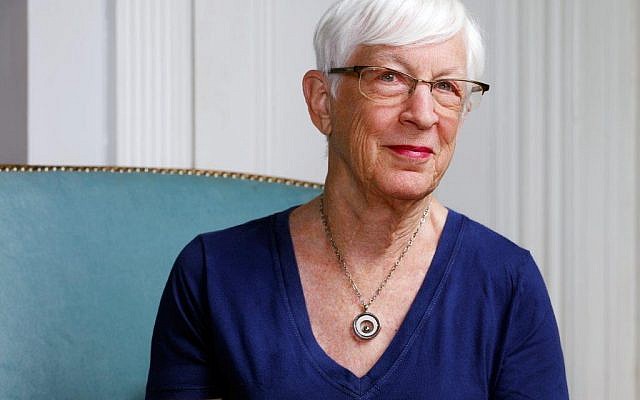 Professor Galia Golan has been one of the leading peace activists and peace professors — an academic who promotes peace through her research and extra-curricular activities — in Israel during the last 52 years, since her aliyah to Israel in 1966.  She is a world-renowned writer and lecturer about Eastern Europe and the Soviet Union, as well a researcher, lecturer and author of important books on the peace process between Israelis and Palestinians, such as Israeli-Peacemaking Since 1967. In addition to her profound and prolific academic career, she is also one of the founders of Peace Now, a long-time activist in the left-wing Meretz political party in Israel, a founder of the Israel Women’s Network and later of Bat Shalom, a women’s peace group, and more recently an activist with Combatants for Peace, a Palestinian-Israeli NGO which promotes peace and reconciliation through dialogue and nonviolent demonstrations.

After “retiring” from the Hebrew University of Jerusalem in 2000, Golan moved to the Tel Aviv area where she joined the newly formed department of government of the Inter Disciplinary College (IDC) in Herzlia, where she pioneered the establishment of a master’s program in Conflict Resolution.  To this day, well into her second retirement, she still teaches a course at the IDC on the Palestinian-Israeli Conflict.

In a recent interview with Golan, I asked her what motivated her to become involved with peace work in Israel. She told me that when she came to Israel in 1966, she didn’t know much about the subject but she quickly began to learn. After the Six Day War in 1967, she felt that she had emotionally bonded with the country. At that time, she recalls, the general idea was that Israel would trade territories for peace. In the spring of 1968, when the first settlement was made in Hebron, Golan began to ask herself if the state of Israel was building new settlements in the territories, how would it be able to achieve peace, a question that has troubled her for the past 51 years. “There was a chance for peace and the government was not interested,” she told me.  From that time on, her main motivation to be involved in the peace movement has been her desire to end the conflict. She believed that there were ways to do it. If there was a will, there was a way, to paraphrase Herzl.

In contrast to many of the other peacebuilders whom I have interviewed — who shy away from political matters — Golan’s involvement in Israeli civil society has been intensely political.

I came to Israel after working for the government in the USA and I believed that I could influence policy here. But I quickly learned that the political culture in Israel is very different than the participatory democracy in the US. The political culture was and is more East European. Nevertheless, I wanted to have influence on the policy makers which is why I have been active in demonstrating for peace for so many years.

Were all the years of demonstrating worth it, I wondered out loud. Did she ever feel that her peace work had a significant effect on the government or on public opinion?

She recalled the famous mass demonstration against the Begin-Sharon government on September 25, 1982 in which 400,000 people came out to protest the government’s policy in Lebanon after the massacres in the Sabra and Shatilla refugee camps in Lebanon. I too attended that memorable demonstration and remember it well.  In Golan’s view, this demonstration was important because it had a major impact on the public discourse and led to a commission of inquiry. In addition, she added: “We spoke for a very large part of the public at that time.”

As I reflected on this conversation, I was mindful that the days of mass demonstrations for peace are very much a thing of the past. After all the uprisings and wars, the Israeli public has become apathetic when it comes to pursuing peace. I wanted to know why Professor Golan resists apathy and continues to be active for peace. What keeps her going?

First of all, I feel guilty about the occupation. Secondly, I feel a responsibility to speak up. I just cannot refrain from doing it. It is part of who I am by now. Also, I have a loyalty to my friends and colleagues — both Israelis and Palestinians — who share my values. Furthermore, it is a matter of conscience — I must speak up for what I think is moral, fair and just.

Is peace still possible? Is she pessimistic? or optimistic? or somewhere in between?

I am pessimistic but it (peace) is still possible. At the moment, it seems that the extremists have taken over, which is very depressing. It appears that the two-state solution is disappearing, but it could still happen with the right kind of leaders and the public would support it.

Will the leadership in Israel ever change, I wonder.  Is there some possibility that the pendulum could shift back towards peace and reconciliation and away from continuous conflict and confrontation?

I would hope that the answer is yes; even if it seems remote at the present moment.