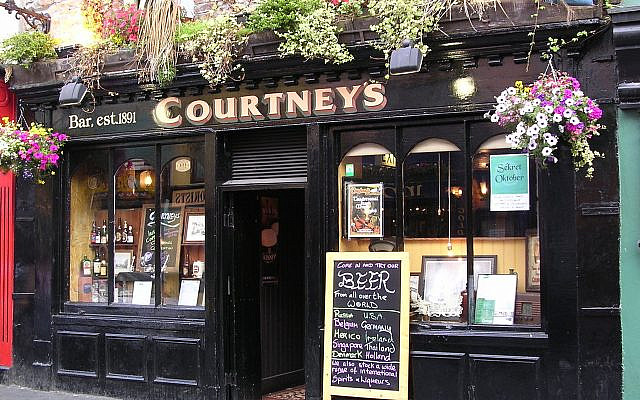 Remember these places? - it's a pub! (Copyright Free Photo by Benjamin Flux from FreeImages)

I am not a virologist. I have no understanding of epidemiology and its disease vectors. I am not a doctor. I have difficulty in using my SmartPhone.

I have just bought a new microwave oven and got lost after page 26 of the operating instructions. When I finally managed to switch it on, it ignored me and started a conversation with my smart toaster; I hope they weren’t talking about me.

My car is fitted with the latest GPS technology, but I can only use it if I have one of my grandchildren to help me. It might guide my car, but it doesn’t guide my finger to the right buttons on its tiny keypad.

All this makes me an ideal commentator on the current COVID-19 virus. I know as much, or rather, as little, as anyone else.

Citizens of the United Kingdom, a country often presented on our anti-Netanyahu news channels as a shining example of everything we are not, are being hit by a wave of contradictory advice and instructions. Quarantine requirements are constantly changing, and the complex lockdown rules confuse even the government ministers that issue them. Current figures for the UK show a dramatic rise in new cases, while in Israel, after a rise at the beginning of the month, cases are dropping sharply.

Of the G7 nations, the UK has the fifth highest death toll and its economy has suffered the worst contraction of GDP. After several confusing press conferences, the world has seen an indecisive prime minister with a confused population, inconsistent policy choices and a failed testing regime.

UK government scientists, members of the Scientific Advisory Group for Emergencies (Sage), had called for a national lockdown with no household mixing and no visits to the pub. These experts, what do they know, warned that without these measures, the UK could face “a very large epidemic with catastrophic consequences”. Fortunately, the UK’s scientist-in-chief, Boris Johnson, taking time off from running the country, quickly overruled the scare-mongering ‘sages’. He was probably thinking of the advice given to President Obama by his chief of staff, Rahm Emanuel – “You never want a serious crisis to go to waste.”

We, in turn, are reminded of Slim Dusky’s sad refrain:
But there’s-a nothing so lonesome, morbid, or drear
Than to stand in the bar of a pub with no beer

But for Boris’s timely intervention the Great British Public could have been looking at something far worse, a country with no pubs. That would truly be a catastrophic consequence.