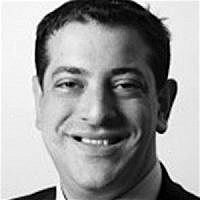 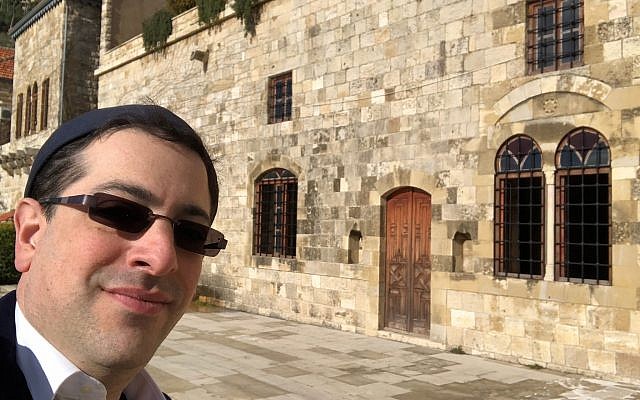 Alex outside 17th century synagogue in Deir am Qamar

They told me that I was the first rabbi to enter Lebanon’s second city of Tripoli since the 1970s.

I was trying to make friends and not history when I met the Grand Mufti, the Orthodox and Catholic archbishops of the city. It almost didn’t happen.

I’ve visited Arab countries in the past, but the unstable security situation in this part of the Middle East meant I received a stream of additional safety advice from both the Lokahi Foundation, which invited me, as well as Arab and Jewish friends who have worked in the country. In short, their advice was no Hebrew writing, no yarmulke, no tallit.

I replaced my yarmulke with a rather trendy head covering from Urban Outfitters and had to strip down the packaging of my Hermolis kosher meals to the plastic transparent wrappings in order to minimise the Hebrew writing.

In the past year, I’ve re-engaged in dialogue in the Middle East and I’d come to Lebanon precisely to learn from its rich and complex tapestry of religious and political identities. In essence, I’d come to understand different narratives. I believe that only by understanding each other’s view of the past can you hope to weave them together to create a common future. 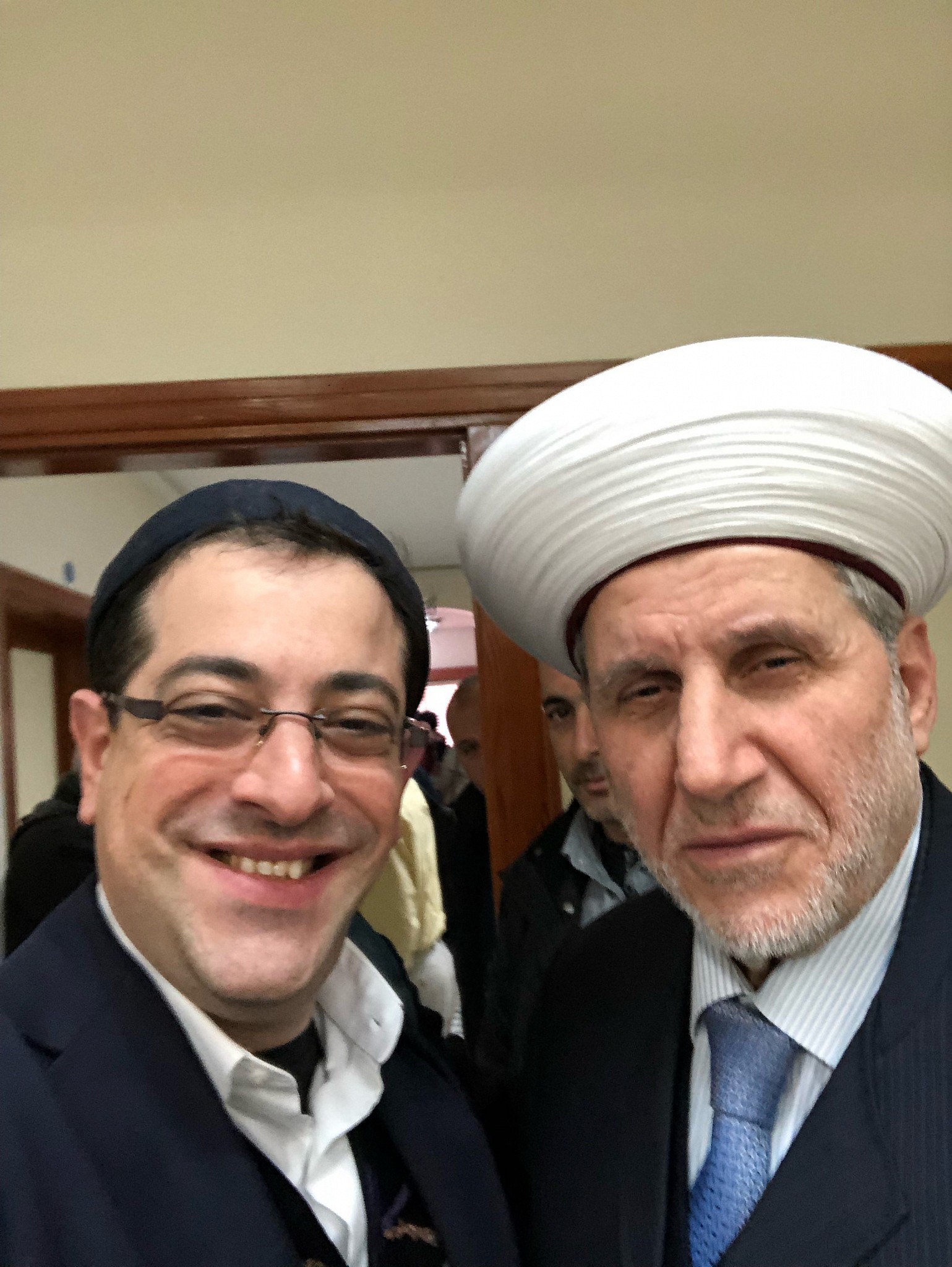 Alex with the Grand Mufti

In Beirut and Tripoli, people openly speak about their experiences during the 15-year civil war. While much of downtown Beirut has been beautifully renovated, including the religious buildings such as the synagogue, mosques and churches, the deep personal scars of conflict are harder to fix.

In Tripoli, I saw that these wounds were only now starting to heal in a city in which fighting still intermittently erupts between militants from the Alawite Shia and Sunni communities. It’s for this reason the British Government does not advise travelling there.

I’d come to find out more about how religious leaders from Catholic, Orthodox, Druze, Sunni and Alawite communities were working together to build community cohesion in the city. The heavy army presence on the streets of Tripoli was testimony to the fact their quest was far riskier than the London interfaith projects I’ve led. 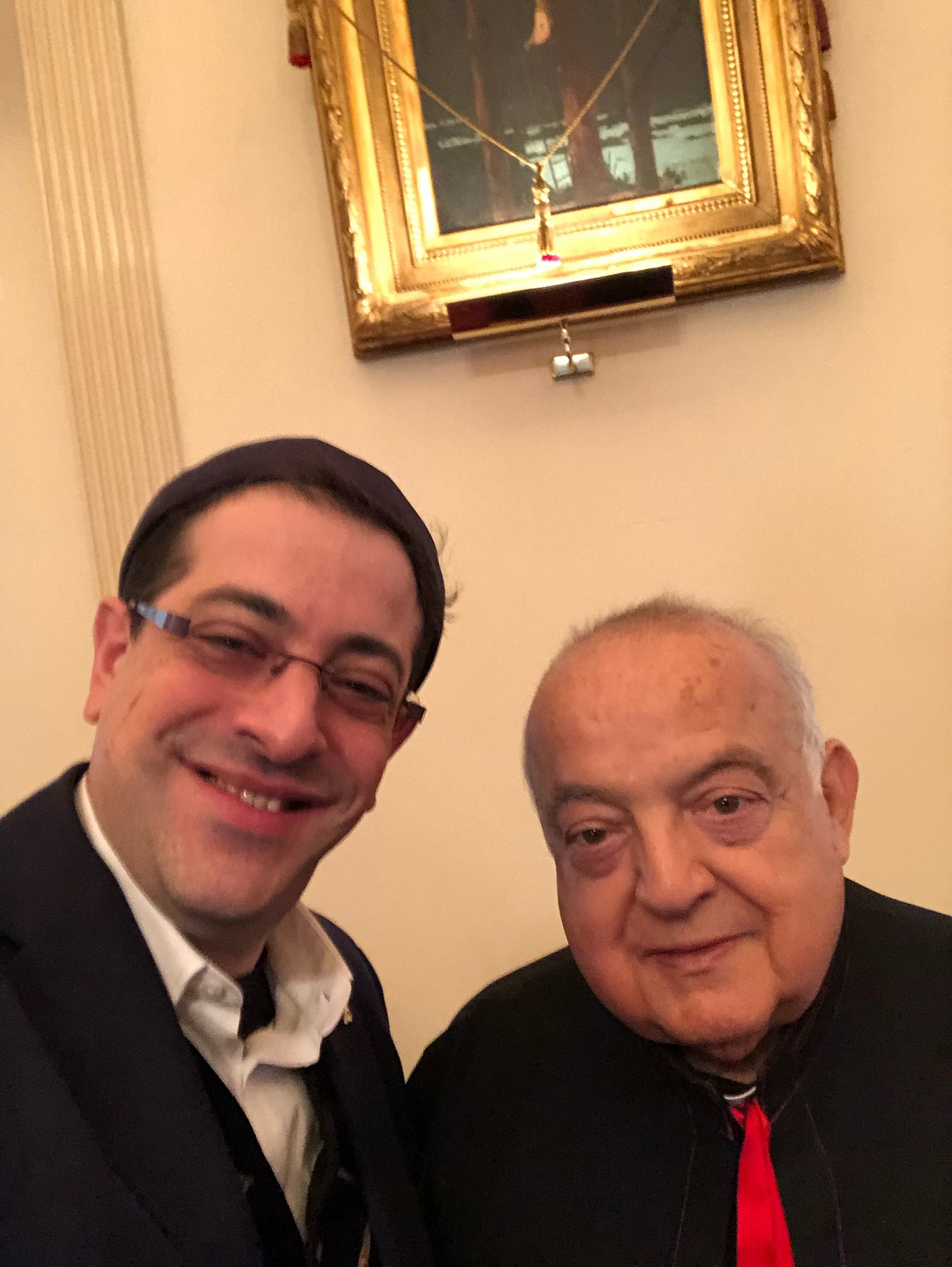 With the Maronite Catholic Archbishop

The clergy were formal at first but, slowly, they revealed the blossoming nature of their personal relationships. While speaking about a project with young students, one Christian cleric said “I brought a student to meet this one. They were astonished to meet such a goodlooking imam”. The others laughed. It was at the end of this encounter that one of the Catholic priests started talking about the old synagogue. “It’s been sold. There are no Jews left, but you’re here now. It’s a start”.

Two days later, one of my new Lebanese friends was kind enough to take me to the mountain town of Deir el Qamar. We went around in circles looking for a small 17th century synagogue. I knew we’d found it when I stuck my head through the open window and clearly saw the niche that once held Torah scrolls.

For 300 years, this had been a place of Jewish prayer and learning. It might take 50 years or more, but I believe it might be again one day. While politics has largely failed in the region, I’ve observed during my encounters that there’s a growing grassroots movement calling for peace and reconciliation.

Another Lokahi fellow, Rim-Sarah Alouane, best summed this spirit for me: “In this chaos, we need to listen to each other, have empathy for one another, try to understand each other and simply respect each other. It’s up to us, the people, to take effective actions for peacemaking; nobody will do it on our behalf.” 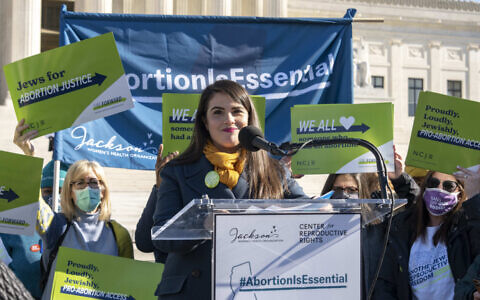 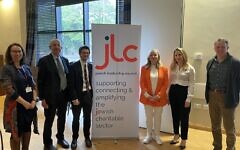 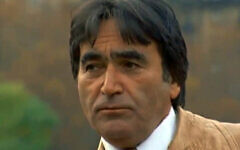 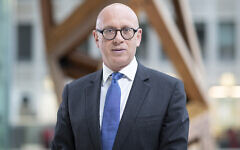 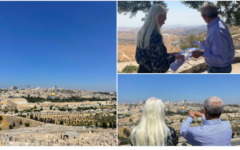