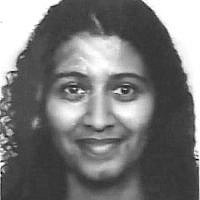 The Blogs
Iman Sultana
Apply for a Blog
Advertisement
Please note that the posts on The Blogs are contributed by third parties. The opinions, facts and any media content in them are presented solely by the authors, and neither The Times of Israel nor its partners assume any responsibility for them. Please contact us in case of abuse. In case of abuse,
Report this post. 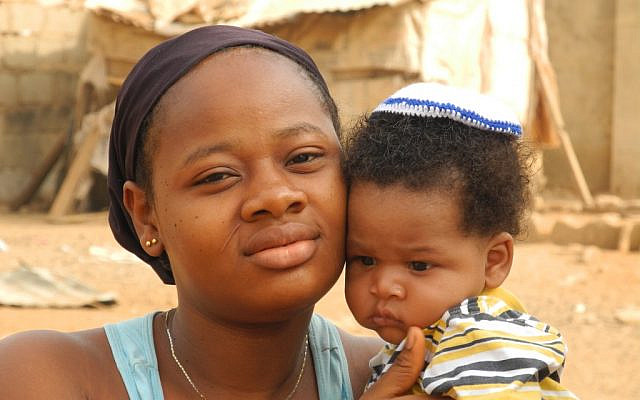 In southeastern Nigeria, many Igbo, members of Nigeria’s third-largest tribe, believe they are of Jewish ancestry. Some of their traditions, such as circumcision and menstrual rituals, resemble those of Talmudic Judaism. The Igbo population is estimated at 30 to 35 million. Dozens of communities have become fully practicing Jews, and countless more incorporate elements of Judaism into a syncretic belief system. While the tribe’s origins remain unconfirmed, Igbo Jewish oral tradition traces the Igbo back to an African Hebrew diaspora that resided near the Niger River after the 722 BCE expulsion of the Israelites from the northern kingdom. This predates even the Babylonian exile of 586 BCE.

The Igbo are not accepted as Jews by the Israeli government. Consequently, they remain subject to ongoing threats, including severe persecution in the wake of Nigeria’s liberation from British colonialism. For example, between 1 million and 3 million Igbo were slaughtered en masse during the Nigeria-Biafra war that lasted from 1967 to 1970.

Early last summer, an Israeli filmmaker went to West Africa with a film crew to document Igbos’ stories. While there, the crew was arrested in Ogidi by the Department of State Services (DSS) on July 9 and imprisoned for approximately 20 days without trial. An elderly Igbo woman, who had welcomed them, was also arrested by the DSS and imprisoned alongside the team. After the international community got involved, the filmmakers were released and subsequently returned to Israel. A Nigerian film director and cinematographer was then arrested at the end of July for associating with the filmmakers.

Ambitious filmmaking projects that feature marginalized communities are admirable. However, outsiders must fully understand the specific risks to these communities. They must recognize when their efforts do more harm than good to the locals, lest they endanger them.

This time, heavy press scrutiny and extensive international support mitigated the worst. The filmmakers, who got the lion’s share of attention, were released within three weeks. The locals received far less media coverage, despite being the subjects of the film, and lacked the support of international embassies. Although elderly, the Igbo Jewish woman was detained for a longer period of time. Unlike the Israelis, she was not given hospital visits or Chabad kosher meals.

While the Nigerian government clearly violated basic human rights, the filmmakers also contributed to the fallout. They traveled to Nigeria claiming to aid the locals and while there, frequently posted about their experiences on social media. Some of their posts contained overtly political undertones and disclosed identities of specific Igbo Jews. One Instagram photo showed the filmmaker with Igbo King Eze Chukwuemeka Eri and the following description: “Israel X Igbo are locking arms.”

Irrespective of intent, this and other posts could easily be interpreted as promoting a political alliance between Israel and the Indigenous People of Biafra (IPOB) or other groups which are viewed as separatist by the Nigerian government. On paper, freedom of speech is protected under Nigeria’s constitution. In practice, Nigeria typically censors certain types of ideas, including discussions about ethnicity, political diversity, and differing views of morality. In other words, Nigeria is not Israel, the United States, Canada, or Australia; protections surrounding freedom of speech, legal representation, and other rights expected in the developed world are not widely available.

Whether or not this is moral or ideal in our eyes, it is a reality that must be recognized. The Igbo Jews have already suffered immense harm from their own government, as well as from neighboring ethnic groups. The film crew’s reckless actions further risk an already isolated and vulnerable population. Thus, the filming was in direct contradiction of the Talmudic value of communal responsibility toward the well-being of one’s fellow Jew. This is core to the Jews as a nation and a people.

The filmmakers have repeatedly condemned the Nigerian government for the arrests, without taking time to reflect on the ways in which they themselves may have brought harm upon the very community they claim to support. Two local Nigerians are known to have suffered as a result of the film crew’s lack of cultural awareness and sensitivity. The fallout of this incident could cause harm to many more.

Although it may not be possible to reverse this particular situation, it is possible to prevent similar incidents from occurring in the future. First, this film crew can reflect on the ways in which they acted irresponsibly, as opposed to milking the story on YouTube and painting the Nigerian government as the villain in an attempt to absolve themselves. Second, they can make a public statement acknowledging the specific ways in which they contributed to the situation. Third, they can do their due diligence in educating themselves about their countries of interest to ensure that this kind of voluntourism mentality does not persist, should they continue their work. Far be it for one Jew to add to the suffering of another.

This post was co-authored by Rebecca Sealfon who is a Reconstructionist Jewish writer and social media consultant who lives in New York City. She started and maintains a popular Israel-Palestine peace forum called Unity is Strength, which receives more than 1,000,000 views per year and attracts writers from Israel, Palestine, and all over the world. Rebecca has published in the New York Daily News, Smithsonian magazine, and the Daily Beast, as well as appeared numerous times on national television.

About the Author
Iman J. Sultana is completing a Peace and Conflict Studies graduate degree at the University of Waterloo. Her specialty is conflict zones in MENA, including Israel-Palestine, Kurdistan, and Yemen. She is also interested in environmental-based peacebuilding and social entrepreneurship. In her free time, Iman administers online peacebuilding communities.
Related Topics
Related Posts
Comments