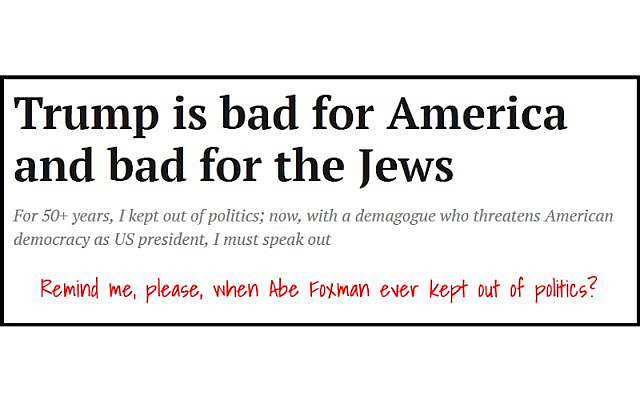 Donald Trump is the best president of my lifetime. He richly deserves the Nobel for making peace between Israel, the UAE, and Bahrain, between Serbia and Kosovo, keeping North Korea from boiling over, giving serious weaponry to Ukraine to fight the Russians, and debunking the biggest obstacle to peace in the middle east, which was that the “Palestinians” have a veto on peace.

He has created the greatest economy America has ever seen, until the virus hit. He has done yeoman’s work getting American manufacturers to retool for making respirators, and more than restocked the PPE supplies the Obama administration had failed to replenish after H1N1.

He has given us the lowest unemployment rates ever for blacks and Hispanics. He’s gotten Mexico to situate their own troops at the border to prevent illegal border crossings (and every penny the Mexican government pays for that is a fulfillment of his promise that Mexico would pay for the wall).

Along the way, unlike Obama, who wasn’t rich when he became president, but left office with uncounted millions, Trump’s net worth has declined while he’s been in office, as he knew it probably would. He has subjected himself to the unending lies and hatred and vitriol and bile of half the country, and to financial loss, just because he saw that none of the people trying to become president were able or willing to fix things.

The sacrifices this man has made for America are astounding.

But to address the false claims in Foxman’s sad screed:

1. Trump has not given succor to bigots, supremacists, and those seeking to divide our society. The Democrats, on the other hand, have embraced Louis Farrakhan and his ilk, Ilhan Omar and Rasha Tlaib and their ilk, Ayanna Pressley and the rest of the sick antisemites who infest the Democrat Party, with nary an objection from leftist Jews.

2. He and his administration do not dehumanize immigrants. For crying out loud, he’s married to an immigrant. He has never said a single negative word about immigrants.  He has spoken harshly (appropriately) against illegals. People who have decided that their desire to enter the country trumps the law of the land they’re entering. Call them “immigrants” if you like. Legal immigrants don’t like them much either.

3. Foxman claims that Trump’s words “undermine the civility and enlightened political culture that have allowed Jews to achieve what no Diaspora community outside Israel can claim in two millennia”. Ah, I see. Better the elegant lies of Barack Obama than the brutal truths of Donald Trump. He speaks like a brawler from Queens rather than a cultured Ivy Leaguer. Well, guess what? Americans are tired of being gaslighted by the elegant elite.

4. Foxman claims that Trump is responsible for support of Israel no longer being a bipartisan issue. I can only assume that he’s forgotten the 8 years before Trump, when the Democrat president undermined Israel at every turn, did everything he could to support and uplift Iran at a time when Iran had pledged to wipe Israel off the face of the planet, was developing nuclear weapons, and had a bounty out of $1000 per head for US servicemen and servicewomen. And unlike the “Russia bounties”, which the intelligence establishment has not confirmed to be real, the Iranian ones were. And Obama sent them a planeload of cash.

And it wasn’t just Obama. Remember this article in the Washington Post?

CHARLOTTE — Democratic delegates restored to their party platform Wednesday the position that Jerusalem is the capital of Israel, reversing a controversial omission that had angered some Jewish organizations and drew criticism from Republicans that President Obama was distancing the United States from its closest ally in the Middle East.

The amendment to the platform, which essentially reinstates the language on Jerusalem from the 2008 version, was introduced by former Ohio governor Ted Strickland. It was put to a voice vote by Los Angeles Mayor Antonio R. Villaraigosa, the convention chairman, who asked three times for “aye” votes before determining that the amendment had a two-thirds majority.

The vote was far from decisive, however, and angered many delegates who opposed the reinstatement of the language. Some stood up from their seats inside the Time Warner Arena, shaking their fingers at Villaraigosa.

The Democrat Party has grown progressively more and more anti-Israel and pro-terrorist.

6. Foxman claims that he knows Biden and believes that Biden and Harris will fight antisemitism. But surely he understands that they don’t even have the power to do so (even if they wanted to, which is doubtful) given the number of Farrakhan disciples in the Democrat Party. The Democrat Party is the party of antisemitism. And voting for our own destruction because you don’t like Donald Trump’s manner of speech is incredibly shortsighted.