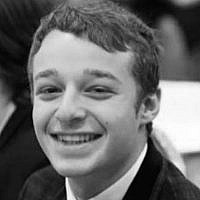 The Blogs
Ian Katsnelson
Undergraduate Student at the University of Illinois
Apply for a Blog
Please note that the posts on The Blogs are contributed by third parties. The opinions, facts and any media content in them are presented solely by the authors, and neither The Times of Israel nor its partners assume any responsibility for them. Please contact us in case of abuse. In case of abuse,
Report this post. 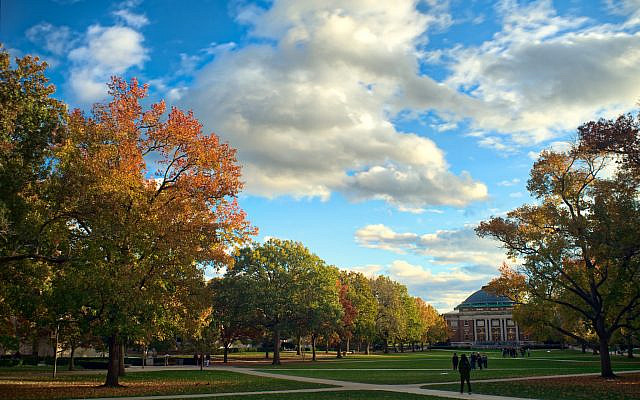 Hanukkah, Hanukah, Chanukah. No matter the spelling, this joyous festival of lights has been celebrated by the Jewish people for thousands of years; all with the same meaningful story in its backdrop. We light candles, with one added to the menorah every single day for eight days. But this holiday means so much more to the Jewish people than just light; rather, it is a story of triumph of the few numbered Maccabees fighting against the world’s then-largest military force in order to protect their Jewish identity, pride, and freedom. It is a celebration of victory over forces that threatened the Jews to assimilate – to shed their identities – or perish.

Coincidentally, on this past Hanukkah, Jewish students at the University of Illinois at Urbana-Champaign were fighting our very own battle to protect our Jewish identity, pride, and freedom. On the heels of a nationwide spike of collegiate antisemitism, our University has not been an exception. Instead, our University is arguably a vision into the future of rising antisemitism when it goes unchecked by administrators.

In March, Jewish students filed a Title VI Civil Rights Complaint with the U.S. Department of Education alleging years of hostility and torment because of the plague of antisemitism at the University of Illinois. I myself recall a period of two months last year when a new swastika was found every single week on campus; with some being found a day apart from each other. I never thought I’d become a self-proclaimed “expert” on shapes and sizes of swastikas, but on my campus I did – simply because I am a Jewish student.

On November 16th, the Jewish community at UIUC had our very own vision of light when Chancellor Robert Jones sent a MassMail to the entire community sharing a joint statement released by the Jewish United Fund Chicago, Illini Hillel, Hillel International, Illini Chabad, Arnold & Porter, and the Louis D. Brandeis Center for Human Rights Under Law. This statement acknowledged the problematic environment for Jewish students at UIUC, proudly proclaiming that “the university must do more”; later highlighting that Zionism is integral to many Jewish students’ identities, and the University’s “commitment to never tolerate harassment or discrimination, including against its Jewish students, [by enforcing] its nondiscrimination policy to the fullest extent”. This was the first time that I, as a proud Jewish student, felt truly supported at my University by its administration.

Unfortunately, yet as expected, this support was short lived. Students for Justice in Palestine (SJP), an anti-Zionist student group, released a statement in the shadow of the University’s MassMail, stating, “Zionists . . . actively advocate for white supremacy and racism…[and] Every single organization that has signed onto this statement attests to the fact that Zionism, as a racist ideology, has no place in anti-racist student organizing.”

The message is clear – Jews and pro-Israel students aren’t welcome. To make things worse, organizations unrelated to the Palestinian-Israeli debate signed onto this statement. The Student Advocacy Coalition, a student group that lobbies state legislatures on issues such as financial aid and university funding signed onto this statement, effectively saying that because I am a Zionist, I am no longer welcome in their student activism. The Graduate Employees Organization, an AFL-CIO affiliated union of graduate workers, also signed onto the statement. As a union that opposes discrimination, why are they signing a statement that effectively excludes Zionist graduate students from the protection of their union? Simply put, if this is not discrimination, I do not know what else can be.

Naturally, Jewish students want the University to act on this, especially following their joint statement issued only days earlier. But to the Jewish students’ dismay, our University has refused to take any action on this blatant call for discrimination of its own Jewish student population. It left me with so many questions to ask, but one keeps popping into my mind – Why? Why do you call for acceptance and have a nondiscrimination policy when you refuse to act on anti-Jewish hate? Why do you purport to stand with Jewish students when your innate response to their calls is silence? Why do you release a joint statement, yet days later render it useless? I wished on this past Hanukkah that my Jewish peers didn’t have to have campus antisemitism on their mind. Looking back at this past Hanukkah, the holiday of triumph over hate and forced assimilation, all I want is for my University to listen, protect, and respond to their Jewish students.

About the Author
Ian Katsnelson is an undergraduate Jewish student at the University of Illinois at Urbana-Champaign. A junior double majoring in Biology and Political Science, Ian has been on the frontlines of Antizionism and Antisemitism at his University, in addition to serving two terms as the only Jewish student Senator.
Related Topics
Related Posts
Comments