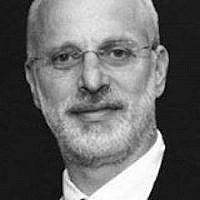 Imagine that you are a Holocaust survivor who had lost his or her entire family. Alone in Europe, you have the opportunity to go to a Displaced Person’s (DP) camp and perhaps from there on to mandatory Palestine, the land of Israel. However, you are so bereft and angry, you think that maybe you should stay in Europe and take vengeance on those who had murdered your family?

How would you feel in such a situation?

The movie “Plan A” deals with this very real conundrum.

Actually, there were several groups that were formed after World War II which sought to take revenge on former Nazis.   The most famous group was formed by Abba Kovner and was called “Nakam,” the Hebrew word for “vengeance.”

Abba Kovner will eventually settle at kibbutz Ein Hahoresh.  He was an officer in the “Givati” brigade during the War of Independence.  After the war, Kovner became a prolific writer of prose and poetry. In 1970, he was awarded the “Israel Prize” for literature. He was also the intellectual founder and designer of the Diaspora Museum at Tel Aviv University.

“Nakam” had cells in quite a few towns after the war and these cells were able to hunt down and kill several Nazis in the post war period.  According to the movie, there was also a plan to poison water supply of Germans.

The Hagana in Europe was very much against this plan, objecting to it from a moral point of view.  In addition, the Hagana understood that a mass casualty event on Germans would be a publicity nightmare.  It would have destroyed the sympathy that the world had toward the Jewish people in the aftermath of the Shoah and make the creation of the state of Israel much more difficult. The cells gradually disbanded after Abba Kovner was arrested by the British in 1945.

At the end of the movie, the protagonist moves to a kibbutz in Israel, re-creating his life there.  In an extremely moving moment, he proclaims that the “land is his revenge.”

The cast is quite international staring August Diehl (Germany) as the main character Max, Sylvia Hoeks (Netherlands) as a woman member of Nakam and Michael Aloni (Israel – Shtisel) as a Hagana leader.  Their performances are outstanding.

This movie would be a wonderful movie to see as a community or a congregation. I would recommend showing the movie with a brief follow up discussion.

This excellent movie touches on a part of history that is not well-known and raises several ethical questions.

The trailer for the film can viewed at

Plan A” premieres October 7th in NYC and starts October 14th in select theaters and on Video-on-Demand.