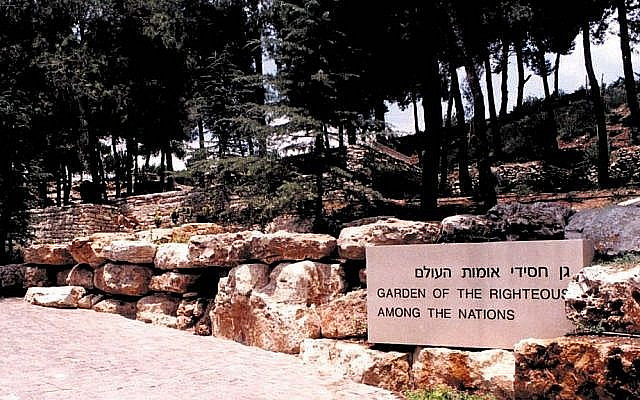 This is the singular story of the Alberts family, from Vlaardingen, a peaceful city located in the South of the Netherlands, by the Nieuwe Mass river.

Back in 1943, during the Nazi occupation, Reverend Gerrit Alberts, his wife Johanna Cornelia and four of their children, Cornelis, Albert, Whilhelmina and Gerritje became the protagonists of a tale of love and courage as they sheltered in their modest home a Jewish baby girl, Amalia Frederika de Leeuw.

Coinciding with the 60th anniversary of Reverend Albert’s passing (he died on March 29, 1961), I am revisiting this awe-inspiring saga.

Amalia was born on January 16, 1943, and two days later she was taken by a relative to The Hague and from there to a family in Rijswijk, some 18 km west of Vlaardingen. Sensing she was not safe there, a young girl, connected to the Albertses, took the baby to her final hiding destination at Reverend’s home, where she was given a new name: Liejse.

The Albertses had 6 children of their own, aged 5 to 15 and after welcoming Amalia they now had a new mouth to feed amidst the lingering peril of being discovered by their neighbours.

Due to the constant shortness of food, Reverend Alberts and his eldest children were oftentimes on the roads, trying to procure the most basic needs of the family and the hidden baby, thus increasing the risk of being discovered. On many occasions, they were stopped by German roadblocks and had their precious food items confiscated

A year later, the fact that Amalia was being sheltered by the Albertses became widely known, putting a serious and imminent risk on the whole family. As a result, Johanna Cornelia took the foster baby with her and went into hiding, separating herself from her own biological family.

Eventually, the Albertses managed to take good care of Amalia-Liejse for about two years. They saved her life and gave her love and affection under great danger and uncertainty.

Once the war was over, thanks to the efforts of the Red Cross, Amalia’s parents regained contact with their child and recovered her. Their gratitude was endless but the post-war reality was harsh and eventually, the two families lost contact.

Whilhelmina, one of the Albertses daughters, was determined to track down her lost foster sister and following 20 years of intensive search, she succeeded. In 1990, Whilhelmina and Amalia reunited through the auspices of the Dutch Jewish weekly NIW.

To be sure, many Dutch women and men reached-out to the Jews during the Shoah. More than 5,800 of them have been officially recognized as Righteous Among the Nations, but despite the widespread good reputation enjoyed by the Dutch, too many of them were indifferent to the plight of the Jews or even cooperated with the Nazis.  Out of the 139,000 Jews living in the Netherlands before WWII, only 35,000 survived.

In a heartfelt speech almost a year ago, King Willem-Alexander himself admitted that his great-grandmother, Queen Wilhelmina did very little to protect the Dutch Jews.

As per the King’s own words: “Fellow human beings felt abandoned, insufficiently heard, insufficiently supported, even with words,” Willem-Alexander said at the ceremony. “Also from London by my great-grandmother, despite her steadfast resistance [to the Nazis.] It’s something that won’t let go of me.”

Back in January 1920, Prime Minister Mark Rutte apologized for “how his country‘s government failed its Jews“.

Nowadays, King Willem-Alexander and Queen Maxima (who was born like me in Argentina) are deeply committed to instilling the teachings of the Holocaust without downplaying the sinister role played by many of their fellow compatriots whilst highlighting the courageous efforts of the rescuers.

In that context, what Reverend Gerrit Alberts and his family did during the Shoah should not be taken for granted. The Albertses were heroes who chose not to stand idly by in the face of evil.

Reverend Alberts, his wife and their above-mentioned children were recognized in 1991 as Righteous among the Nations. The youngest child, Henrika was only 5 years old when Amalia arrived and therefore she was not included in the distinction. 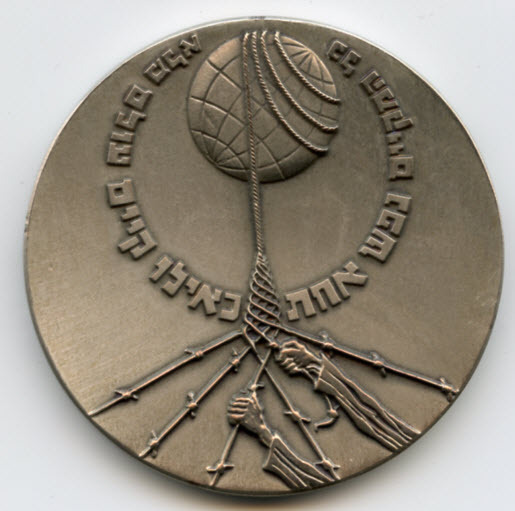 Medal of the Righteous

In the 60th anniversary of Reverend Albert’s passing, I cherish his blessed legacy, that of his family and of all the Dutch rescuers.